The dance of death is taking a toll on both sides.

Young footballer-turned-militant, Majid Khan's homecoming, within days of joining terrorist outfit Lashkar-e-Taiba has brought back smiles on the faces of his parents, who had given up hope on his safe return.

There was unstoppable mourning at Majid's residence in south Kashmir's Anantnag district since the day his picture holding an AK- 47 went viral on social media - a popular trend among youths to announce that they have joined the militant ranks.

Amid passionate appeals from the well-wishers for his safe return, his aged parents had been distraught. Their fears were not unfounded given the fact that security forces have intensified operations to hunt down youths who have joined militant ranks. If the graph of killings is suggestive of anything, picking up arms is much like volunteering to pick up shovels to dig your own grave.

As per the statement issued by the Indian Army on November 19, as many as 190 militants have been gunned down by the security forces so far in 2017.

But then, despite knowing the deadly repercussions, death is no more a fear for youths. In fact, death has become glamorous in Kashmir. As thousands of mourners make it to such funerals, every slain militant attracts more lives towards death.

As per the inspector general of police Kashmir range, Muneer Khan, at least 17 youths joined militancy in the last four months alone. This means, on an average, every week a youth is getting ready to die.

More than one hundred youths have already joined the militant ranks since the killing of Hizbul commander, Burhan Muzaffar Wani, and his two accomplices on July 8, 2016, while around 200 are active.

The dance of death is taking a toll on both sides. On November 17, when footballer Majid's family was celebrating his homecoming, a pall of gloom descended on two other families.

At least 18 police personnel lost their lives in militant strikes this year, while deputy superintendent of police, Mohammad Ayub Pandith, was lynched by mobs outside Jamia Masjid in Nowhatta on the auspicious night of Shab-e-Qadr in the holy month of Ramazan.

Amid these bloody tales, Majid is an unusual story of life and hope. Interestingly, there are multiple forces claiming to be his saviours.

While the Army claimed exclusive credit for ensuring his return to the mainstream, police say he came back following appeals made by his mother. The Lashkar, on the other hand, in a handout said, the militant outfit let him go home because of the tearful appeals made by his parents.

Though all the parties, including militants, have contributed towards saving a life, it's actually the state police which seem to have played some secret role in Majid's return. And, this has a reason. 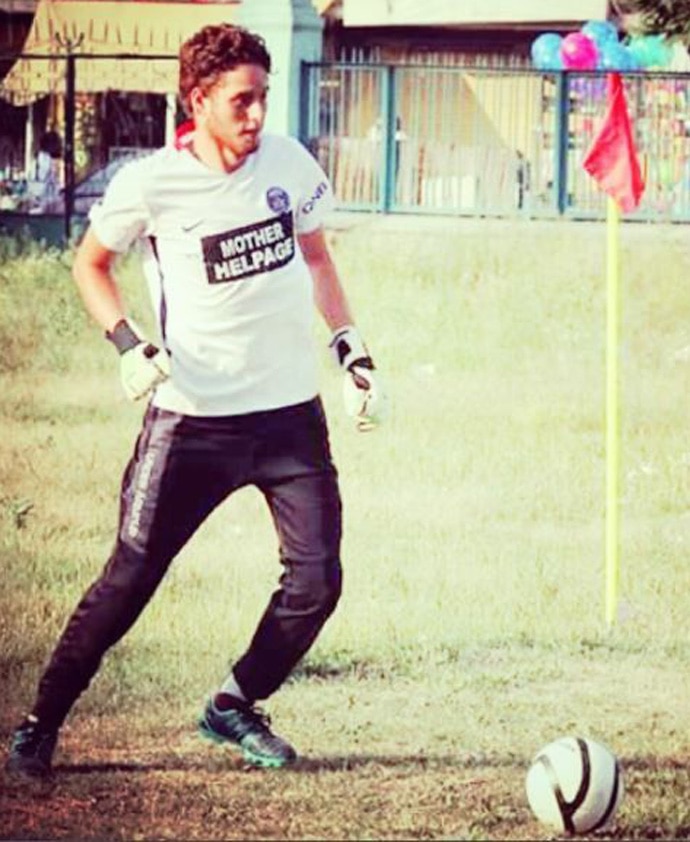 A day ahead of Majid's miraculous return, IGP Muneer Khan made an unusual statement while addressing a press conference.

In less than a day, Khan's words, which he always picks up very cautiously before media, bore fruits.

This story of hope, however, must not end with Majid's return. Since the footballer's return, two more families have made similar appeals for their sons to head home. The basic point is that no parent wants to carry the coffins of their child on their shoulders.

There's a need to break this unending cycle to killings. If New Delhi has initiated a dialogue on Kashmir through the recently appointed interlocutor, Dineshwar Sharma, let the guns go silent through a strategic ceasefire with the militants, who unlike Hurriyat leaders, have actually put their lives at stake for the "Kashmir cause".

With a ceasefire in place, the youth who have picked up arms will get time to introspect and maybe some more Majids will find lives worth living.

How can one forget militant commanders such as Bilal Ahmed Mohand of Shopian, a father of two little daughters, who joined Hizbul Mujahideen in 2016 reportedly because police denied him a "character certificate" to take up a permanent government job.

Let no Imran Tak, Majid Khan, Bilal or another Burhan lose their lives.

Dialogue and guns shouldn't go together because blood-stained tables won't be appropriate platforms to initiate talks on humanity.

#Burhan Wani, #Cross-border Terrorism, #Kashmir Militancy, #Majid Khan
The views and opinions expressed in this article are those of the authors and do not necessarily reflect the official policy or position of DailyO.in or the India Today Group. The writers are solely responsible for any claims arising out of the contents of this article.