She had once called her "Ma/Jangalmahal er Ma" (mother, mother of Jangal Mahal). And the mother very often would tell others what a good girl she was. Often this mutual admiration would be on the dais of political rallies and government programmes in full public view.

This was in 2011 and it continued for seven years as the mother's "bhalo meye" - or the good girl - obediently and with the right dosage of obeisance was toeing her line, fulfilling all her wishes and definitely becoming indispensable to her. The daughter in question is Bharati Ghosh, former SP of West Midnapore, and the mother is none other than Mamata Banerjee. Bharati, who was part of a UN peacekeeping mission for years and a former management student of Harvard, came to Bengal in 2011 and drew Mamata's attention after the latter took over as the chief minister of the state. 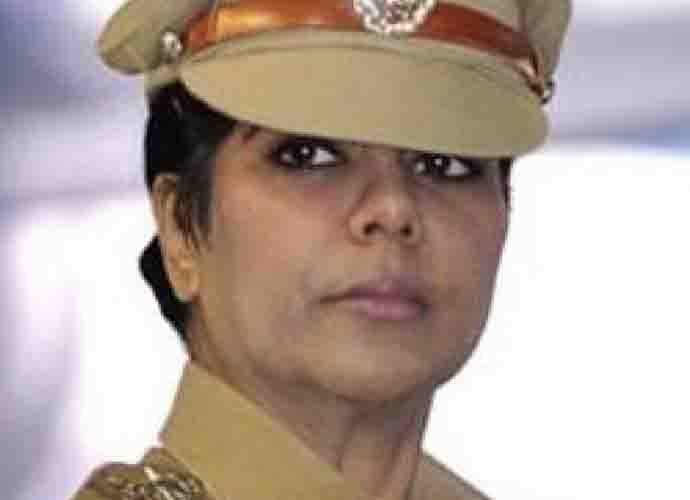 From the state CID, she was made the SP of West Midnapore, which witnessed Maoist violence after 2008. Bharati, with her vast experience in war-torn places of Kosovo and Bosnia, was thought fit to tackle the Maoists.

Like an efficient cop, she decimated the Maoists and was responsible for the death of their leader, Koteswar Rao, in a severe gun-battle. The other prominent Maoists operating in that area, and responsible for death of jawans in police camps, were wooed over with handsome packages, and the young turks who dreamt of a classless revolution were won over in the fold of the ruling party with posts, power and privileges. The backward areas of Purulia, Bankura and West Midnapore became free of not just the Maoist menace but of any dissenting voices.

The districts surrendered and Mamata compensated with heavy doses of development, plugging all possibilities of a Maoist regrouping. And all this was largely possible because of Bharati Ghosh, who dared to be deadly different. Gradually, Bharati gained Mamata's confidence and according to the Opposition, she was less of a police officer and more of a party functionary. In the 2014 Lok Sabha elections and in the 2016 Assembly polls, Bharati came under the Election Commission's (EC) scanner. She was transferred by the EC from the SP's post for allegedly intimidating poll officers and overstepping her jurisdiction.

In 2016, she was reprimanded for exceeding her brief and meeting political persons, especially Mukul Roy, then second-in-command of the Trinamool Congress, while model code of conduct was in place. The rap from the EC had no effect on Bharati as Mamata awarded her with prized posting, more power and punch, and greater responsibility.

As Bharati went on antagonising Mamata's enemies, she scored brownie points in her career, obviously gaining in the confidence of the chief minister.

But finally what soured the relation was Mukul Roy leaving the Trinamool Congress and joining the BJP. Bharati, known to be close and loyal to Roy, became a prime suspect in the eyes of the chief minister.

As Roy started consolidating the base of the BJP in the Jungle Mahal area, there were rumours that Bharati was using her clout and muscle power to help him make deep inroads. The final nail in the coffin was the result of the by-election in Sabang in West Midnapore district. Though the Trinamool Congress won with a huge margin of over 67,000 votes and BJP came third, the latter increased its vote share by 17 per cent and that was enough to keep tongues wagging.

The Congress-turned-Trinamool Congress Rajya Sabha MP, Manas Bhuniya, who hailed from Sabang and was a strong critique of Bharati Ghosh since the time he was in the Opposition as a Congress MLA, saw this as an opportunity to turn Mamata against her "good girl". There were allegations from the district intelligence office that Bharati had held meetings with BJP leaders and was helping them improve their vote share. Logically, Bharati stood to gain by siding with the BJP. Mamata also had a hunch that Bharati would prefer to work for the party at the Centre given her ambition and career prospects.

Immediately after the Sabang by-election results came out, Bharati was removed to an insignificant post as an officer of State Armed Police in Barrackpore. But Bharati put in her papers to the DG of police. While the resignation will help her think clearly on what should be the next step, it will also free her of her commitments to the service rules. She is threatening to open her mouth and settle scores. To swallow her resignation would mean handing over an ammo to BJP, since Bharati by virtue of being close to the ruling Trinamool Congress shared many secrets, especially the ones that the "mother-daughter" duo exchanged.

Mamata has initiated an internal investigation against Bharati Ghosh to ensure she keeps mum, but given the stubborn daughter she is, Bharati might not buckle. Taking up the challenge of a duel, Bharati has also retorted saying that she too has a tale to tell. Any one listening?

Also read: Man says he is Aishwarya Rai’s son: Not the first weird claim made about a Bachchan