Party Hopping Season in Bengal: Councillors in Bengal are switching sides faster than the speed of light, leading to political unrest

First, the party hopping, then the ‘cut money’ debacle — Bengal has never witnessed a state of lawlessness quite like this one, since the naxal period.

Party hopping in Bengal post General Elections 2019 is becoming too confusing to keep track of. One day, reports emerge that a few score corporators or councillors have left the ruling party for BJP and the chest thumping follows. A few days later, there is a much publicised 'ghar wapsi' and it’s the ruling party's turn to rejoice. A few days back, we had heard that corporators have switched en mass and it’s BJP all the way in the municipalities of Kanchrapara and Halisahar. Today, they reportedly shifted back to Trinamool and Trinamool leader, Abhishek Banerjee, was prompt to direct a 'Made in China Chanakya' barb at Mukul Roy. Roy responded in kind saying that over 100 lawmakers from Trinamool, Congress and CPM are 'poised' to join BJP. Banerjee responded by asking Mukul Roy to keep his flocks together.

After the poll debacle, Trinamool Supremo and Chief Minister, Mamata Banerjee, has taken a hard line towards corruption in the party. She has bluntly told errant party members and functionaries to 'return cut money'. That has triggered a huge chain of events. The BJP has seized the issue. The aggrieved populace is rounding up leaders and officials and demanding back 'commissions' they had paid. In some cases, they are making the 'accused' sign undertakings that the money would be returned. There have been at least a dozen cases where 'cut money' or part thereof has been returned. 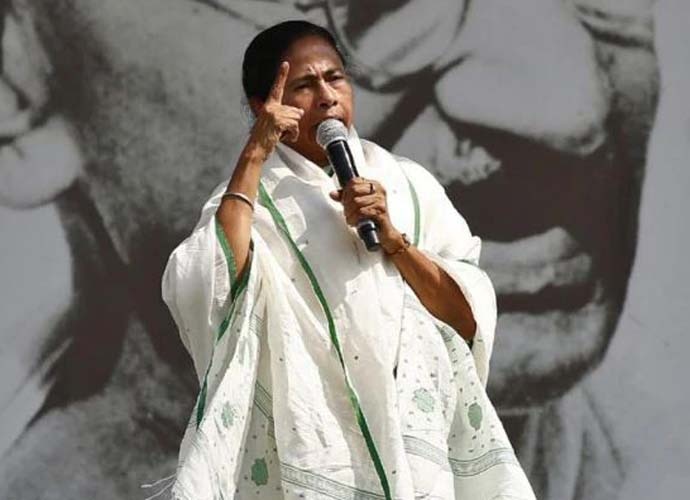 While Didi has asked police and administration to take action, little has been done. Accepting commission for government schemes is a non-bailable offence. The police should have taken cognizance and filed cases against those who have returned the cut money. However, that has not happened. The situation on ground is close to reaching 'popular unrest' levels and police inaction would flame the fire.

Meanwhile, the promoter-politician-syndicate nexus continues to thrive. This, coupled with the unbridled political violence raging across the state, which has shown no signs of abating since the general elections, has ensured an atmosphere of lawlessness.

That's something the debutant MP from Basirhat, Nusrat Jahan, tried hard to refute in her recent interaction with Aaj Tak's Anjana Kashyap. It was a brave attempt, but things are getting rather indefensible in Bengal.

From shocking shootouts in the heart of the capital to daily news of political murders and a businessman of South Kolkata openly standing by the promoters who reportedly enjoy political patronage of a councillor of the ruling party — Bengal has seen a lot. What is unbelievable is that the complaint had apparently reached the office of the Chief Minister and the police was directed to act accordingly. In spite of this, the businessman was reportedly threatened and pushed around in the presence of police. New TMC MP Nusrat Jahan made a stir. But can she defend events in Bengal? (Source: India Today)

When has the state witnessed such lawlessness — probably, in the naxal period — a turbulent time which only a few of us have seen or experienced. There is little to be gained by blaming the police and administration. Both act at the behest of the political leadership. That is a known fact. The credit for allowing the state to descend into anarchy lies squarely with the ruling political dispensation.  For years, it has done exactly the same thing the opposition is doing today, forcible takeovers of civic bodies, stopping people from voting, violence, intimidation, triggering defections and all the other plethora of malaise it blames the ruling party at the Centre with.

There cannot be different yardsticks for different political parties or ideologies. As these continue, Bengal is turning into a favoured route for smuggling in fake Indian currency notes. The number of arrests of members linked to terror organisations like JMB is increasing. Douse the fire before it’s too late. The people of the state and the country deserve that much.

Also Read: Is Mamata losing the plot? From doctors' strike to ‘cut money’ debacle, Didi is plunging into crisis

#Bengal tmc violence, #Bengal cut money, #Mamata banerjee cut money, #Mamata Banerjee
The views and opinions expressed in this article are those of the authors and do not necessarily reflect the official policy or position of DailyO.in or the India Today Group. The writers are solely responsible for any claims arising out of the contents of this article.