Can Mamata bank on Malda to defeat Left-Congress alliance?

With just few weeks left for the assembly polls, West Bengal is in a highly charged up atmosphere. Chief minister Mamata Banerjee, who won the last assembly election in 2011, started off her campaign at the District Sports Association ground in Malda on March 9.

Before January, very few people in India had even heard of Malda, but the infamous Kaliachowk incident, which saw a police station being ransacked and burnt down by miscreants, catapulted it to national infamy.

There were endless prime time debates, investigations by India Today on the illegal poppy cultivation in the district and arguments on how Mamata's dangerous minority appeasement played a major role in creating the mess that Malda had descended into. In spite of not being an industrial hub or a famed town and affecting Mamata's image owing to the Kaliachowk incident, Malda holds immense significance for Mamata personally.

"In 2011, we started our campaign from Habibpur constituency, Malda. Though we lost from there, but we gained power in the state. There are some things we should follow and hence, this year, we are again launching our campaign from Malda because I believe it will help us to win," she said.

Politicians have a strong belief in superstitions, especially when it comes to the matter of elections. It reminded me of the "Noida jinx", which means that if a current chief minister of Uttar Pradesh visits Noida, he/she is bound to lose the next election. Call it a superstition or brush it away as a matter of pure coincidence, Uttar Pradesh chief ministers believe in it strongly as listed here.

Therefore, it is no surprise that Malda, a traditional Congress stronghold since decades, encompassing 12 assembly constituencies, of which only two belong to the Trinamool Congress (TMC) currently, was witness to Mamata's election campaign kick off.

Furthermore, the new alliance formed by the Left and Congress to oust the TMC has rattled her, which was evident in her speech on March 9. Here are three major highlights from her campaign kick off, which indicate the threat posed by the Left-Congress alliance:

Ghani Khan Choudhury was the most prominent politician Malda has ever had. A seven-time member of Parliament from Malda, starting from 1980, he was the first Bengali railways minister of India and played a phenomenal role in developing the district.

Lovingly known as "Barkatda", his legacy still holds significance, so much so, that post his death in 2006, his niece Mausam Noor was elected as an MP from Malda and continued her winning streak in 2009 and 2014.

In Malda on March 9, Mamata announced that Ghani Khan's brother Abu Nasar Khan Choudhury, who revolted against the Congress and joined the TMC in 2015, will be contesting from the Sujapur constituency. Of all the election candidates, he was the only one who addressed the crowd apart from Mamata. Despite Ghani Khan being from the Congress, she didn't criticise him even once, rather used his legacy to make a case for the TMC. She said, "The work done by Barkatda for Malda is phenomenal and we wish to realise his dream of further developing Malda, which is why we have chosen his brother, who will work for the people."

The fact that Mamata is indeed worried by the Left-Congress alliance, which will consolidate votes against her party, was evident in her speech.  She attacked the alliance with a series of scathing statements. "Congress and CPM have always been together. But this time, I am happy that the mask has worn off. At least, now they are working with each other only and not doing any drama. Their secret bonhomie has been exposed." 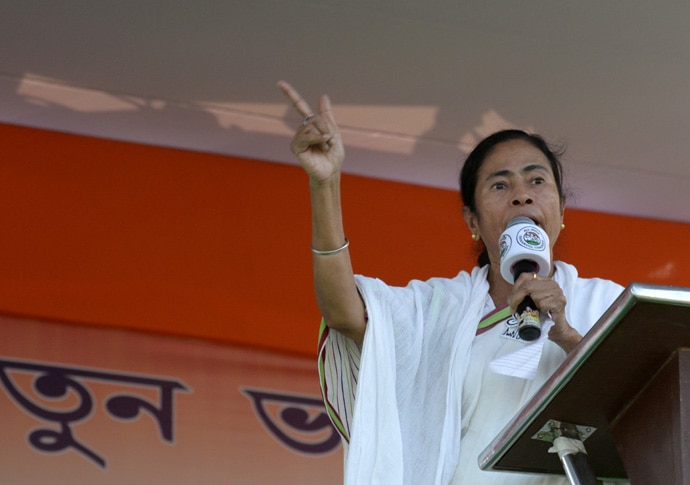 Even here, she attempted to leverage Ghani Khan's legacy to attack the alliance: "Had Barkatda been alive today, he would have been shocked to see how the Congress has sold itself to the CPM at the expense of the voters' emotions."

3. Comparing her achievements to the Left's

The economic destruction perpetrated by the CPM rule in 34 years propelled many Bengalis to vote for Mamata in 2011, who had promised "Poriborton" (change).

Though her facts and statements definitely need more scrutiny, she focused a significant part of her speech comparing her achievements to what the Left did during its 34-year rule.

Some of her statements included: "CPM could not achieve in 34 years what we have achieved in less than five years. 68 lakh jobs, free cycles, free medicines, free treatment at government hospitals, kisan credit cards, etc, we have given everything. Who can match the work we do? Almost 93 per cent of people in Malda are getting some sort of government welfare services. Did the CPM give you anything? Even the criminal records say that crimes have come down by 96 per cent. FIRs are being filed." 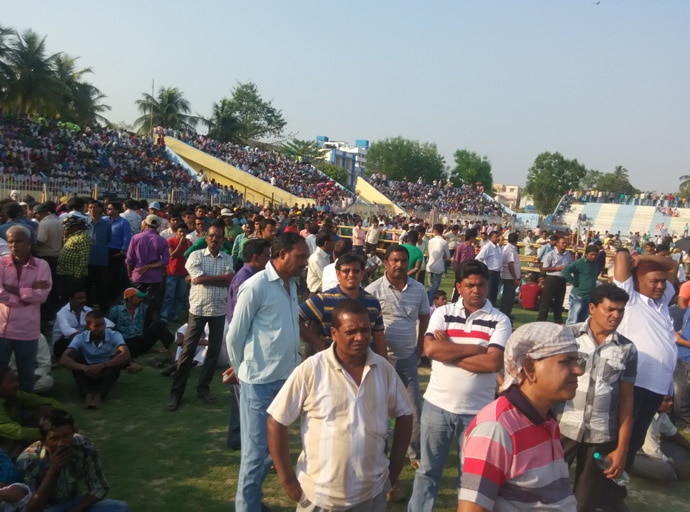 At the end, she shouted, "Thanda Thanda cool cool, ebar Jeetbe Trinamool, ebar jeetbe Trinamool". However, her fiery speech didn't evoke a great response from the crowd, which was merely around 8,000 in number.

May 19 is a still many weeks away; the day we will come to know whether or not Mamata's superstition will propel her back to power.

#Trinamool Congress, #Malda riots, #West Bengal assembly elections, #Mamata Banerjee
The views and opinions expressed in this article are those of the authors and do not necessarily reflect the official policy or position of DailyO.in or the India Today Group. The writers are solely responsible for any claims arising out of the contents of this article.