'Unless there is a solution, I am not going to bury my martyr son.'

Paulianmang might have finished his graduation by now and started preparations to join the Indian Army. But the dream of the 22-year-old ended when a bullet hit his chest during a protest, killing him immediately.

The protest was triggered on August 31, 2015, after the adoption of three bills by the Manipur Assembly - the Protection of Manipur People Bill, Manipur Land Revenue and Land Reforms (7th Amendment) Bill and the Manipur Shops and Establishments (2nd Amendment) Bill. The Bills were viewed as "anti-tribal" in the state’s tribal hill areas.

Soon after, violence broke out in Churachandpur district, 60 km from capital Imphal, where houses of members of the Legislative Assembly and parliamentarians were burnt by the protesters, and nine people died (six allegedly killed in police firing).

Ngaikhanching, the mother of Paulianmang, who is in her mid-40s, still gets nightmares.

"The day he died, my life ended," she says, breaking down.

When asked if Paulianmang was part of the deadly protest which killed him, she repeatedly denied his participation.

“He was an obedient son, and a father figure for his siblings as his father died when he was very young. On weekends he was cleaning toilets and classrooms in the school he was studying in and also working in other people’s homes. He was paid small amounts of money for his work and he was using it for his younger sister’s education,” her voice collapsed with emotion.

That evening, Paulianmang, a muscular man and good footballer, came home and left for a walk after having dinner. On the streets, protests had already started. His mother got alarmed when she heard about houses burning and called him immediately, but he assured her he was fine and there was no need to worry. These were the last words she heard from him.

“I have seen women march in the US, that’s quite amazing, because there nobody is fired at. But here once you take your concerns to the streets, you get gunned down - fired,” said Mary Beth Sanate, who works for a local organisation called Rural Women Upliftment Society in Churachandpur.

One-and-a-half year has passed, the people of Churachandpur still bemoan the killing of protesters who have been accorded the status of martyrs among the tribals. No days go by without a vigil around the eight coffins, symbolising a silent protest, near the district morgue of Churachandpur. Candles, verses from the Bible and slogans speak the people’s anguish, yet non-violent.

The bodies got decomposed because of lack of cold storage. Local arrangements were made for cooling by installing of air conditioners and ice blocks, which were secured from 30 km away. Herbs were also tried but were of no use.

Manipur owes much to its geography. The valley of Imphal is home to the Hindu Meiteito, the community of the last king of the state. Besides, 30 tribal communities with diverse ethnic origins surrounded the valley.

Over 1,00,000 troops of the Indian forces armed with a martial law, called the Armed Forces Special Powers Act (AFSPA), are here to guard the peace. According to the authorities, it is to combat 60 armed ethnic groups in the state.

Up to 20,000 people have reportedly been killed in the last 60 years, of which almost 1,500 have been found to be extrajudicial killings, as per the Supreme Court. Though many tribals believe the AFSPA is a “draconian” law, they also think that it saves their lands from the armed Metiei groups.

After the protesters' deaths, the locals from Churachandpur formed a joint action committee (JAC) against the “anti-tribal” Bills which has since been leading the protests.

“The three Bills question the very identity of the indigenous tribal people. It's an integral part of the dominant valley community's plan to exert control and dominance over the constitutionally-protected (Article 371C) indigenous tribals and their ancestral territories; the three Bills are an attempt to transfer tribal ancestral land and rights to the Manipur Cabinet while sidelining and ultimately nullifying the authority of the tribal autonomous district councils,” says Sang Lethil, a member of the JAC.

The JAC is resolutely prepared to continue the agitation despite the Bills having been scrapped by the President. 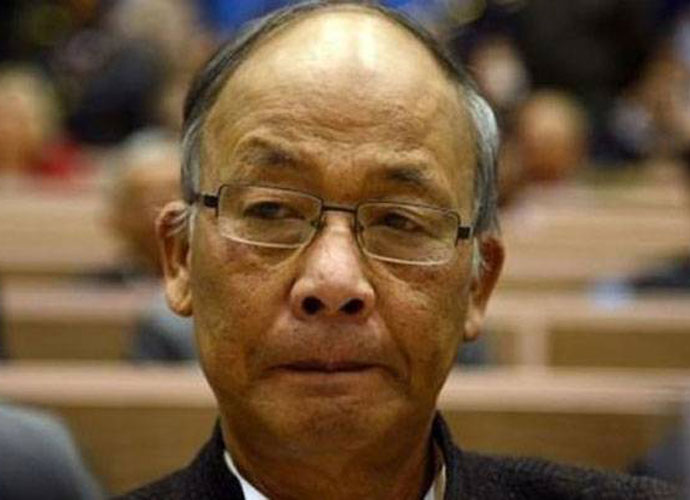 While CM Ibobi Singh has claimed the bifurcation to be for administrative reasons, many are of the opinion that the decision was made by him as a last ditch effort to stay in power in the state for the fourth time. Photo: India Today

“Being a tribal, how can one trust the actions of a government that has repeatedly chosen to ignore our cries for justice," asks JAC chief convener H Hmangchinkhup.

Manipur has a fractured society. The gap between the Hill and Valley widened last December, when the Congress-led state government issued a gazette notification forming seven new districts by bifurcating seven of the state’s existing nine districts, making the total districts into 16.

While CM Ibobi Singh has claimed the bifurcation to be for administrative reasons, many are of the opinion that the decision was made by him as a last ditch effort to stay in power in the state for the fourth time.

“We are treated by the valley as semi-humans. We face discrimination on the land we inherited from our forefathers. And the proof is that the police haven't filed an FIR even 500 days after the death of these people lying in the morgue,” said Ngaikhanching.

“We asked for solutions, but instead the government created more problems by playing divide-and-rule among the tribals, creating seven new districts when it can't even effectively manage the existing nine,” said H Hmangchinkhup.

Opposing the government’s decision, the United Naga Council (UNC) - an umbrella organisation of Naga civil society outfits - has imposed an indefinite economic blockade since November 1, last year, on NH-2 (Imphal-Dimapur) and NH-37 (Imphal-Jiribam) that serve as lifelines for the landlocked Manipur.

The UNC protests for two reasons. Villages have been taken from Naga areas and merged with non-Nagas areas to create a gulf between the Naga people. The second complaint they raise is that the Hill Area Committees were kept in the dark when the decision was taken. The committees were constituted to safeguard the rights of hill people under Article 371 (C) and must be consulted before taking such decisions.

Many hill tribes - Naga, Kuki, Paite and Hmar, mostly Christians - fear their land being taken over. Similar concerns are found among the people in the valley who are anxious about their culture being overwhelmed by the influx of “outsiders”.

“The bifurcation of new districts is connected with land and resources. But the creation of the districts came up not as a result of the Hill and Valley divide. It’s a political intervention, because the elections are here and it’s used to create differences among the communities,” said Mary.

This year’s election got a twist when Irom Sharmila entered the battlefield. Sharmila, who went on a hunger strike against the Armed Forces Special Powers Act (AFSPA) in Manipur for 16 years, changed the face of the struggle last year after the surprised formation of a political party, the Peoples’ Resurgence and Justice Alliance (PRJA), and with her entry into the election against Singh.

“Ibobi Singh has been the CM for 15 years and has witnessed my struggle, yet he continues to gag my voice for justice with money. I just want him to be removed from his position, and the best way to do that is to challenge him directly,” she said in an interview, when asked why she chose to fight against him.

The first phase of elections for the Manipur Assembly is being held today. The state government says the JAC is trying to keep a “dead issue” alive and using it as a bargaining chip but politics is far from the minds of the parents who lost their sons.

“As a mother it hurts me. I want to bury my son now. I have to look after my two other children as now I am the sole breadwinner. I want to return to normal life. But neither the central nor state government is listening to our plea. So until there is a solution, and we get justice, I am not going to bury my martyr son,” she insists.

But no justice looks possible in the near future for these families.

#Okram Ibobi Singh, #Manipur
The views and opinions expressed in this article are those of the authors and do not necessarily reflect the official policy or position of DailyO.in or the India Today Group. The writers are solely responsible for any claims arising out of the contents of this article.