The government could lose steam on reforms initiated by him.

In October 2014, I had asked Manohar Parrikar, then CM of Goa, if the rumours swirling through the corridors of South Block were true. Finance minister Arun Jaitley, it was being said, was only an interim defence minister till such time that Parrikar could be persuaded to move to Delhi.

Parrikar was ambivalent. “I’ll cross that bridge when I come to it,” he said at Mahalaxmi, the Goa CM’s official residence in Panjim’s tony quarter, Altinho.

On February 21 this year, in his office in South Block, he used the same bridge analogy to trash the rumours about him returning to Goa after the Assembly elections. When I pointed out it was exactly what he had said in 2014, he guffawed - “At least you can’t accuse me of inconsistency.”

On March 11, Parrikar arrived at that bridge and crossed over in a flash. He became CM-designate of Goa in less than 24 hours, for reasons not very far to see.

The BJP might have swept Uttar Pradesh, Uttarakhand and Manipur but was trounced in Punjab and bested by the Congress in Goa. In Punjab, the party could blame its tie up with the coalition partner Shiromani Akali Dal, but in Goa where it finished with 13 seats behind the Congress’s 17, and eight seats short of a majority, the party has no one to blame but itself.

CM Laxmikant Parsekar lost his seat and squandered the 24-seat majority that Parrikar had won for it in 2012. The poor show in 2017 may also be Parrikar’s cross to bear. In the two years and three months as defence minister he divided his time between South Block and Goa, attracting charges that he was remotely running the state government.

Parrikar had staked his credibility on the Goa elections, camping in the state for over a month and dropping broad hints at his return. The conditional support extended by the Maharashtravadi Gomantak Party (MGP) and the Goa Forward Party with three MLAs - they would only support the BJP with Parrikar as CM - constricted the BJP’s options.

Where does that leave the ministry that Parrikar has helmed since November 2014? As defence minister, he controlled the world’s third largest military and the sixth largest military expenditure and oversaw a ministry that is a key stakeholder in a South Asian tri-junction India shares with nuclear-armed Pakistan and China. The unsettled borders with these two countries means the threat of a military clash always looms.

The need to reform the defence ministry is beyond doubt. That an aspiring superpower imports over half of its defence requirements despite a mammoth military-industrial complex is one such glaring area of concern. This reform is a top down process and can only be initiated by the political leadership because the armed forces and the bureaucracy who run their own fiefdoms are loathe to change.

The quality of the political leadership who helm this ministry has always been called into question. The sheer vastness of the defence ministry, the complexities of procurement and the insulation of the political class from matters military means it takes a politician months if not years “to understand the difference between a gun and a howitzer and a guerilla from a gorilla”, as Field Marshal Sam Maneckshaw once said.

The lack of talent in the defence ministry means its most critical problems - slow procurement, dysfunctional defence public sector and silo-ed armed forces - have largely remained unchanged over the years. 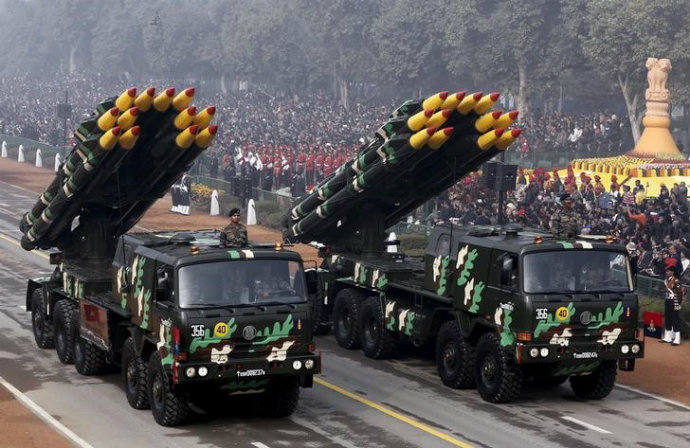 The lack of talent in the defence ministry means its most critical problems - slow procurement, dysfunctional defence public sector and silo-ed armed forces - have largely remained unchanged over the years. Photo: Reuters

And that is precisely where Parrikar was making a difference. It took him, by his own admission, at least a year to understand the inner workings of his ministry. The leap in scale was extraordinary - a single defence procurement proposal in South Block could dwarf Goa’s annual budget.

He commissioned at least a dozen committees to identify problems ranging from streamlining defence procurements to resolving ex-servicemen’s issues and rapidly endeared himself to the armed forces through his accessibility, grasp of technology and understanding of complex procurement issues.

He resolved the One Rank One Pension logjam in 2015 that had bedevilled past governments even as he accepted brickbats for not being harsh on his MoD bureaucracy. He backed his track record of impeccable personal integrity by leading a spartan life that would horrify the bureaucrats and armed forces’ brass in his ministry.

He paid his own bills when he lived in one room

of a naval officers’ mess and stripped his 10, Akbar Road, residence of frills like multiple air conditioners when he moved in to stay with his personal staff.

Sadly however, the biggest reforms he initiated - strategic tie-ups for the private sector with foreign defence players, the appointment of the Chief of Defence Staff (CDS), a single-point military adviser to the government who would push tri-services integration - are still file-bound. It is doubtful whether they will be pushed with the zeal that Parrikar did. Goa’s gain could well be the defence ministry’s loss.

The names of railway minister Suresh Prabhu, road transport and shipping minister Nitin Gadkari and even national security adviser Ajit Doval are being whispered about as possible replacements. The learning curve will be a steep one for whomsoever the government chooses to helm the ministry in the remaining two years. This could well be the NDA’s bridge too far.

Also read: BJP has no excuses now, it better work for the people

#Goa, #Defence Ministry, #Manohar Parrikar
The views and opinions expressed in this article are those of the authors and do not necessarily reflect the official policy or position of DailyO.in or the India Today Group. The writers are solely responsible for any claims arising out of the contents of this article.