With the Congress waiting in the wings, managing the present coalition is certainly going to be tough for the BJP.

While the BJP seems in a dilemma over its next course of action, the Congress has thrown its hat into the ring and staked a claim to form an alternate government in Goa. 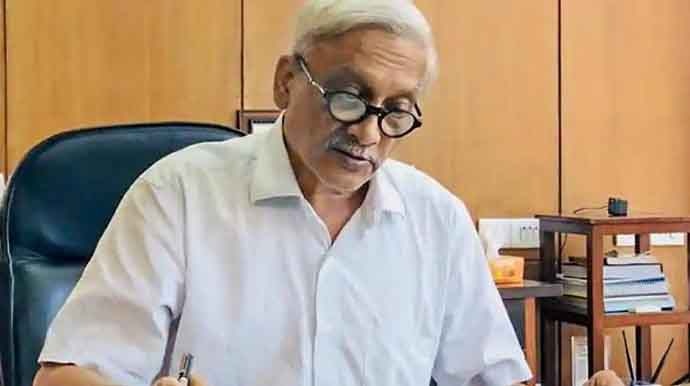 Goa CM Manohar Parrikar is being treated at Delhi's AIIMS for a pancreatic ailment. (Credit: PTI )

On Tuesday (September 18), Congress leaders met Governor Mridula Sinha and demanded a floor test by the BJP-led government to prove its majority.

"Whenever there is such a crisis and the government is falling, they try to dissolve the House, or impose President’s Rule or keep the Assembly in suspended animation. They have done this before,” leader of the Opposition Chandrakant (Babu) Kavlekar told reporters after meeting the Governor. “We have requested the Governor that if they ask you to do these things, you should not concur. An election should not be imposed on people in one and a half years and if the present government is not capable [of continuing], and we know it is not, then they should give us the opportunity,” Kavlekar added.

Meanwhile, the BJP is weighing all options.

Sources say the party is even considering the name of senior BJP leader Shripad Naik as Parrikar's replacement.

But before making a final call, the party is likely to consider the sentiments of allies — Maharashtrawadi Gomantak Party (MGP) and Goa Forward Party (GFP).

The story so far

Those who have been closely watching the state know that the seeds of instability Goa is witnessing today were sowed after Parrikar cobbled up a difficult alliance, despite winning less seats than the Congress. In the 2017 Assembly elections, the BJP won 13 seats, three less than the Congress's tally of 16 in the 40-member Assembly. (Congress MLA Vishwajeet Rane resigned from the party, re-contested and won on a BJP ticket.) 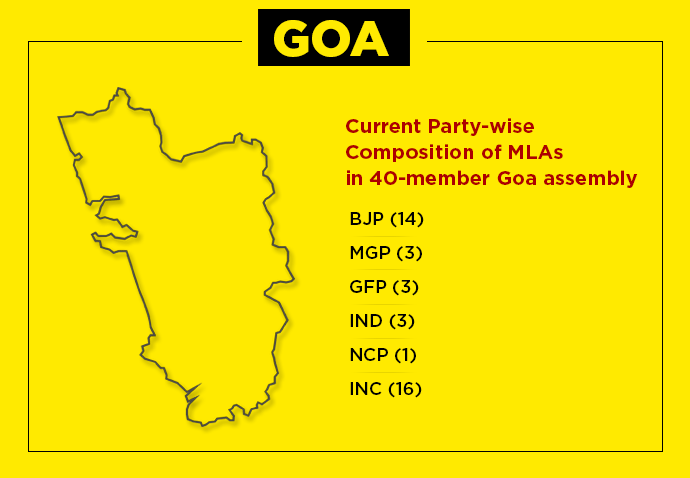 The game changed once Nitin Gadkari and Parrikar managed to rope in the Maharashtrawadi Gomantak Party and the debutante Goa Forward. Both the parties had won three seats each.

Call it a coincidence or a meticulously designed game plan, both the parties extended their support on one pre-condition — that Manohar Parrikar should be the Chief Minister. Parrikar, who was then serving as Union Defence Minister, was relieved from his Central Cabinet responsibility and sent back to Goa.

However, within a few months, he was detected with a serious pancreatic ailment and had to be shifted to the US for treatment. In Parrikar's absence, the BJP didn't bother finding an alternative leader. Instead, a three-member ministerial panel was appointed by the CM to "advise the government".

The problems didn't end there. Two other senior ministers in Parrikar's cabinet — Pandurang Madkaikar and Francis D'Souza — too were undergoing long-term treatments.

As Parrikar kept travelling for treatment at short intervals, he finally communicated his inability to continue and the party started looking for alternatives.

In the 2017 Assembly polls, top BJP leaders, including then-CM Laxmikant Parsekar, had failed to register a win. So, finding a suitable replacement from among the elected MLAs became difficult. Keeping Sudin Dhavalikar's seniority in mind, the  BJP offered him the chair, with a pre-condition of merging his Maharashtrawadi Gomantak Party with the BJP.

Although Dhavalikar seems keen, there is resistance from his own party members. The biggest resistance, however, also came from the Goa Forward Party, which is not willing to accept Dhavalikar as CM.

The BJP thus is now considering various options, including Shripad Naik, one of its own. But, given the fact that the two allies had supported Parrikar and not the BJP, it will be interesting to see whether the "options" that the BJP comes up with will be acceptable to them. Managing a coalition like this, which Parrikar did with great ease, is certainly going to be a tightrope-walk.

Goa, for now, seems all set for another action-packed political thriller.

Also read: Congress must blame itself for losing Manipur and Goa. Governors are on point

Post your comment
#Goa, #Congress, #Manohar Parrikar, #BJP
The views and opinions expressed in this article are those of the authors and do not necessarily reflect the official policy or position of DailyO.in or the India Today Group. The writers are solely responsible for any claims arising out of the contents of this article.