How Maratha leaders have failed their community in Maharashtra

Looking at the condition of the community in the state, one wonders if it really helps even if your community is politically strong.

Finally, Marathas (not Marathi) have got what they have been waiting for many years – reservation in government jobs and education. Historically known as warriors who fought for Chhatrapati Shivaji's army, Marathas had been demanding reservation for the last decade based on their claim of being socially and economically backward. In the end, it was their sheer strength and might in Maharashtra that got them what they wanted.

Comprising nearly 30 per cent of Maharashtra’s population, Marathas can’t be ignored by any political party. Evidence of this was their silent march across Maharashtra two years back that was enough to show their strength.

After the Congress-NCP government faulted on legal points and lost the reservation case in the court back in 2014, the Devendra Fadanvis government has now managed to get the desired report from the backward class commission and again passed the bill giving reservation to Marathas. Yet, what remains to be seen is if the bill can pass the legal test in its present form, given that someone or the other will surely knock the court’s doors and force the government to defend the decision to award this quota.

But what worries me the most is the backward class commission report which has shown poor social and economic status of the community which has been politically very strong in Maharashtra ever since the formation of the state in 1960. 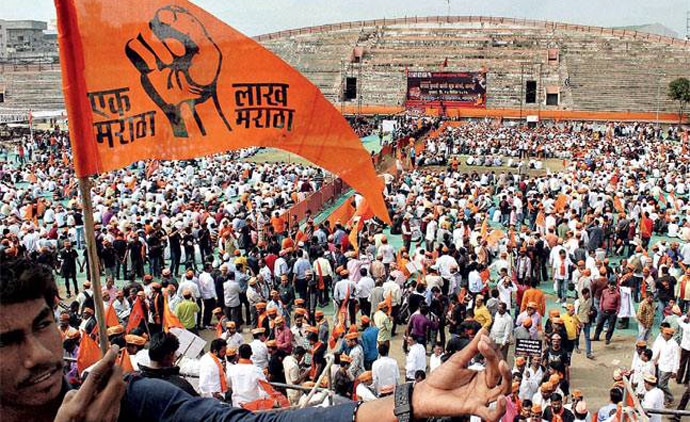 The Devendra Fadanvis government has now managed to get the desired report from the backward class commission and again passed the bill giving reservation to Marathas. (Photo: IndiaToday)

The report shows that even after nearly 58 years of the state’s formation, in Marathas 14 per cent of the community remains illiterate while 35 per cent have barely completed primary education. 44 per cent have managed to pass 10th or 12th standard exams and merely seven per cent are graduates.

This reflects very poorly on the community leaders who have been ruling the state for many years – especially when political heavyweights from the community are the ones who are running private colleges and educational institutes across the state. Many of them have been called "Shiksha samrat" as they are the ones who got the license to start private medical and engineering colleges in the late 80s.

Despite this dominance, it looks like they seem to have completely failed to uplift their community when it comes to education.

Another worrying thing is that the backward class commission’s findings on Maratha’s economic status show their leaders in very poor light. As per this report, 93 per cent of the maratha families earn less than 1 lakh Rs per annum and 24 per cent of these families live below the poverty line.

Further, 71 per cent of the Maratha peasant’s land holding is so less that they are still in the category of marginal or poor farmers. And all of this is when Maharashtra is the leading state in the cooperative sector which is supposed to be working for the betterment of poor and marginal farmers. 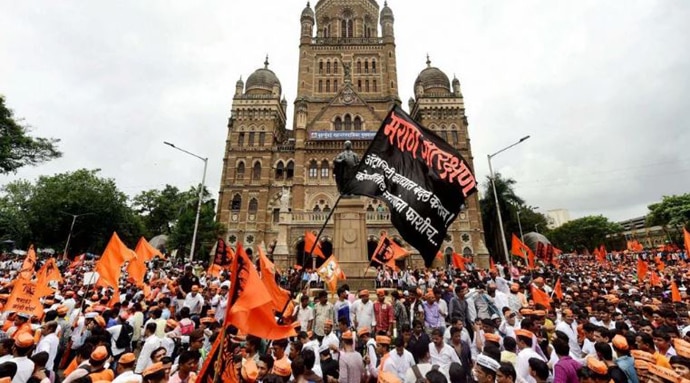 With 10 out 17 chief ministers, half of the state's 288 MLAs and nearly half the number of cabinet ministers, Marathas since 1960 have enjoyed might and strength.(Photo: IndiaToday)

Out of 179 cooperative sugar factories, nearly 75 per cent are run by the leaders from the Maratha community. Elections to get control of these factories are fought with the same intensity and vigor of that of any assembly or corporation election. Same is the situation of district cooperative banks, cooperative milk federations, the agriculture produce marketing committees (apmc) across the state – the majority of which are again ruled or controlled by the leaders of the Maratha community.

Yet we have witnessed many Maratha MLAs offering to resign in support of their communities demand for the reservation.

These findings say a lot about the leadership this community has given to the state of Maharashtra.

With 10 out 17 chief ministers, half of the state's 288 MLAs and nearly half the number of cabinet ministers from the community, Marathas since 1960 have enjoyed might and strength to change their situation. Probably, for this reason, the Mandal Commission in the late 70s had called it forward community and in 2003-04 the then backward class commission refused to approve backward status to the Marathas. One really wonders if it really helps even if your community is politically strong. (Photo: PTI)

But the current study shows that when some were enjoying political and economic power due to sheer strength of the community across Maharashtra most of the community kept struggling to improve its condition.

Muslims, on the other hand, are yet to get their 5 per cent quota in education that was approved by the High Court. The reason probably is that simply do not have the political and numerical might to get it passed by the government.

Despite subsequent commissions and committees clearly highlighting the poor condition of Muslims and their poor presence in government jobs, it doesn’t look like Muslims will be able to get what they have been asking for as they simply do not have that presence in the state which can mould its political opinion.

But looking at the condition of the mighty Marathas in Maharashtra – as stated by the backward commission report – one really wonders if it really helps even if your community is politically strong.

Post your comment
#Devendra Fadnavis, #BJP, #Congress-ncp, #Maharashtra
The views and opinions expressed in this article are those of the authors and do not necessarily reflect the official policy or position of DailyO.in or the India Today Group. The writers are solely responsible for any claims arising out of the contents of this article.