After Pakistan, the next target of global terror could be our Communist neighbour.

China is no friend of India and Prime Minister Narendra Modi should stop trusting this neighbouring country.

In a major setback to New Delhi, Beijing collaborated with Islamabad to block India's proposal to the United Nations to ban Jaish-e-Mohammed (JeM) chief Masood Azhar. Though China and Pakistan may have won some brownie points for the time being, but in the long run, they only are going to be the real sufferers.

Pakistan is already getting a taste of its medicine. The Frankenstein's monster of terrorism is devouring the country. Now, China may be its next target if it adopts a double standards towards it - by distinguishing between "good" terrorists and "bad" terrorists.

Source-based reports say 14 out of 15 countries were willing to ban Azhar, but China vetoed the proposal though other countries like the US, UK and France favoured the move. But China had its way because it is one of the five permanent members of the UN with veto powers.

This is the second time that China has blocked India's bid to ban Azhar. It had done the same after the Mumbai terror attack. China is the only country that has defended the dreaded terrorist more than once at Pakistan's bidding.

Their move will only harm them in the long run. Day in and day out, Pakistan is being rocked with terrorist attacks and killings of innocent people. The same fate awaits China now.

Terrorism has started rearing its head in China and it has become a cause of major worry for the Communist country.

In resource-rich Xinjiang, which is strategically located on the borders of central Asia, hundreds of people have been killed over the past few years in violence between the Muslim Uighur people, who consider the region home, and the ethnic majority Han Chinese.

While the officials blame the Islamist militants for the unrest, rights groups and exiles hold Chinese controls on the religion and culture of the Uighurs responsible for the unrest. 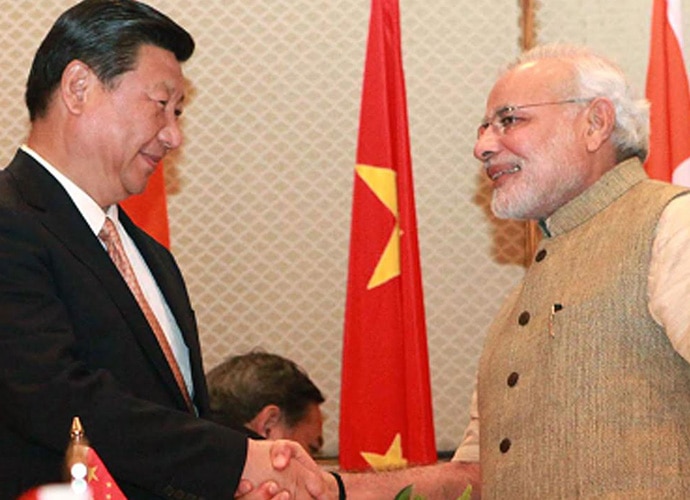 How trustworthy is China?

China's doublespeak on the issue of terrorism is quite evident.

On the one hand, it describes the security challenges in Xinjiang as an important front in the global fight against terrorism, and on the other hand, it is supporting terrorists in Pakistan. Though the situation in China is grave, as some people from the Xinjiang region have gone to fight with Islamic State (ISIS), it is looking the other way instead of crushing terrorism in its neighbour.

The gravity of the situation in China can also be gauged from the appeal which its leaders have made to the Federal Bureau of Investigation (FBI) to work more closely with Beijing on internet security and anti-terrorism cases. Chinese public security minister Guo Shengkun made this appeal to visiting FBI director James Comey during a meeting in Beijing on March 14.

A cautious China is also taking some concrete preventive steps too to fight terrorism at home. Its central bank - People's Bank of China - plans to establish a technical support system to tackle money laundering and "terror financing".

China has even been seeking more counter-terrorism cooperation with the western countries. However, the West has generally been reluctant to enter into such collaboration, fearing that it may lead to human rights abuses in the Communist country.

China has evinced interest in working with Indonesia to improve anti-terrorism cooperation for safeguarding security and stability in both the countries and the region. Chinese foreign ministry spokesperson Lu Kang said on March 17 that both the countries are the victims of terrorism and are facing more threats brought by changes in the international and regional situation.

In the last few years, the East Turkistan Islamic Movement (ETIM) - a terrorist group listed by the UN Security Council - has colluded with the terrorists and extremist organisations in Indonesia in a bid to transfer terrorists for carrying out global terror attacks. "Such a move threatens China's national security and harms Indonesia's social stability," Lu said.

Terrorism in China is acquiring serious proportions. In 2015, courts convicted 1,419 people for harming national security, including participation in terrorist and secessionist activities. The number has doubled up in a year. In 2014, 712 people had been convicted for separatism and terrorism.

It is still not late for China to stop lending support to terrorism and terrorists harming India. This selective stand is sure to come back to hurt Beijing as it has been harming and bleeding dry its close ally Islamabad.

#United Nations, #Pakistan, #India-China Relations, #Masood Azhar
The views and opinions expressed in this article are those of the authors and do not necessarily reflect the official policy or position of DailyO.in or the India Today Group. The writers are solely responsible for any claims arising out of the contents of this article.