Is Mayawati overestimating herself or is she under BJP pressure?

Political analysts view Mayawati’s move as a blow to the much-speculated mahagathbandhan.

Bahujan Samaj Party (BSP) supremo Mayawati’s suddenly joining hands with Ajit Jogi for an election alliance in the assembly poll-bound Chhattisgarh has raised some crucial questions. The most pertinent of them all is: Is she overestimating her popularity and power, or is she acting under pressure from the Bharatiya Janata Party (BJP)?

Political analysts view Mayawati’s move as a blow to the much-speculated mahagathbandhan (grand alliance) of various Opposition parties — an alliance aimed at giving the BJP a run for its money in the 2019 battle of the ballot. Even though the Mayawati-Jogi deal was sealed for the assembly elections in that state at the end of the year, it is likely to create hurdles in the path of building a bond between the BSP and the Congress, without which a grand alliance may not take shape for the Lok Sabha polls.

A former Congressman — he was the first chief minister of Chhattisgarh — Jogi crossed swords with the party to form his independent political outfit, the Janata Congress, which would now be face-to-face with the Congress. 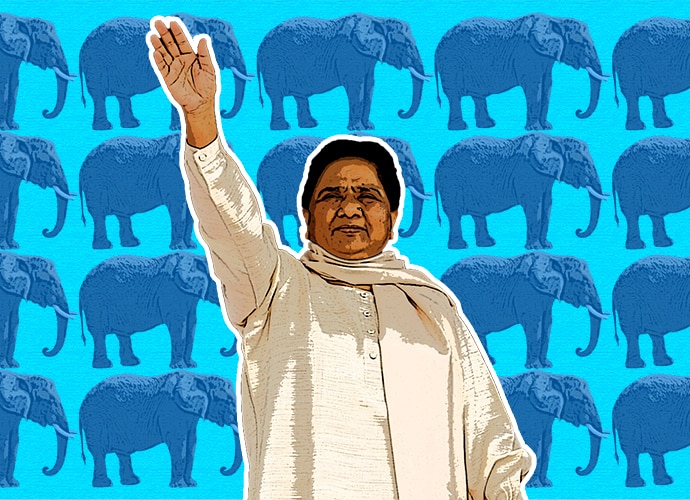 The Mayawati-Jogi deal is likely to create hurdles in the path of building a mahagathbandhan. (Photo: DailyO)

Obviously, Mayawati’s move has made it loud and clear that she is closing all doors for an alliance with the Congress in other assembly poll-bound states like Madhya Pradesh, Rajasthan and Jharkhand — a move that is likely to weaken the Opposition unity. This, of course, is good news for the BJP and Prime Minister Narendra Modi, whose political destiny would be at stake in 2019.

Rumours-mills are churning out stories about the CBI sword being used by the BJP regime to influence Mayawati. And if one has skeletons in your cupboard, there is every reason for one to succumb to such undue pressures. It suits the BJP best to puncture the grand alliance even before it actually crystallises. After all, the mighty ruling party has seen how it lost on its powerful bastions — Gorakhpur and Phulpur — at the Lok Sabha by-elections earlier this year simply because of a united opposition.

Primarily, it was the dissolution of differences between the BSP and Samajwadi Party that brought in the convergence of Congress and Rashtriya Lok Dal (RLD) to give shape to the mahagathbandhan that spelt doom for the BJP in both Chief Minister Yogi Adityanath’s Gorakhpur as well as Deputy Chief Minister Keshav Prasad Maurya’s parliamentary constituencies.

The ruling party losing two by-elections in Eastern Uttar Pradesh cannot be ruled out as freak accidents. The BJP was clearly shaken when it suffered similar defeat yet another stronghold — Kairana — right across at the Western corner of the state.

No wonder, even the talk about a similar unity of the Opposition sent warning bells for the top BJP leadership, which presumably decided to move heaven and earth to prevent that.

With both Mayawati and Akhilesh Yadav under the CBI scanner for allegedly amassing disproportionate assets, arm-twisting became easier for the ruling party. However, BJP bigwigs were skilfully discreet in carrying out their mission, which started manifesting itself shortly thereafter.

The first assault came with Shivpal Yadav’s revolt against his nephew Akhilesh and the formation of his independent Samajwadi Secular Front. While the uncle and nephew had been at loggerheads for nearly two years, a formal split came with Shivpal’s announcement. Evidently, Amar Singh became the BJP’s go-between to forge the divide.

The next move came with Mayawati’s declaration to join hands with Ajit Jogi in Chattisgarh, followed by her decision to contest all 230 assembly seats in Madhya Pradesh, where Congress was in a far stronger position. Thus, without having to say “no” to the Congress, Mayawati managed to create a circumstance where any bonhomie with the Congress would become difficult.

Even earlier, Mayawati had left no stone unturned to run down the Congress. Her insistence on going for a grand alliance, only if her party got a “respectable share” in the number of Lok Sabha seats to contest, was an indirect move to frustrate the formation of a grand alliance. That she wanted the lion’s share of UP’s 80 seats was an open secret. While Akhilesh Yadav had expressed his willingness to concede Mayawati’s demand and RLD had no option but to play along since its influence was limited to a few West UP districts, the Congress was not ready to remain content with paltry five or ten seats.

After all, being the only national party, the Congress could not afford to undermine its status by reducing its share to a fringe. And there could be no denying that neither the BSP nor the SP was anywhere close to a pan-India presence.

Mayawati’s argument was based on the Congress party’s poor performance at the 2014 Lok Sabha poll, when it won only two seats held by Sonia and Rahul Gandhi. But what she failed to explain was her right to contest on 40 seats when the BSP had failed to open its account in 2014.

Perhaps, the victory at the by-elections had led her to overestimate herself, without realising that it was not just the strength of her party but the combined might of the entire opposition — including the SP, the Congress and the RLD — that then spelt BJP’s humiliating defeat.

Also read: Is there a solution to the NRC imbroglio in Assam?

#Mahagathbandhan, #BSP-SP combine, #Bahujan samaj party, #Mayawati-ajit jogi
The views and opinions expressed in this article are those of the authors and do not necessarily reflect the official policy or position of DailyO.in or the India Today Group. The writers are solely responsible for any claims arising out of the contents of this article.