The Pluses of Dynasty: Finally, anti-dynast Mayawati also gets this

We don’t know what’ll happen to the party now. But at least Mayawati is not repeating Kanshi Ram’s mistake.

In 2018, BSP supremo Mayawati removed her brother from the party vice-president's post and said that none of her family members would ever be given a position in the party.

In 2019, Mayawati announced that her brother Anand would be national president of the party — and her nephew, Akash Anand, will be the party’s national coordinator.

Call it a U-turn or a dynasty turn, whatever she did is absolutely right. A year is long enough to have a change in mind. So, here it is. The vows which were never ‘Bhishma’s Pratigya’ anyway stand withdrawn — and for Mayawati's good.

Throughout her political career, Mayawati has been holding grudges against dynasty politics.

Four stints of UP’s chief ministership, 19 seats in UP’s 403-seat Assembly, swallowing the bitter pill of extending an olive branch to hated rival Mulayam Singh Yadav, finally Mayawati, at 63, realised that if there’s anything that can take care of her enormous empire, it’s family.

And when a person encounters such epiphany, you will find idealistic critics waiting everywhere. 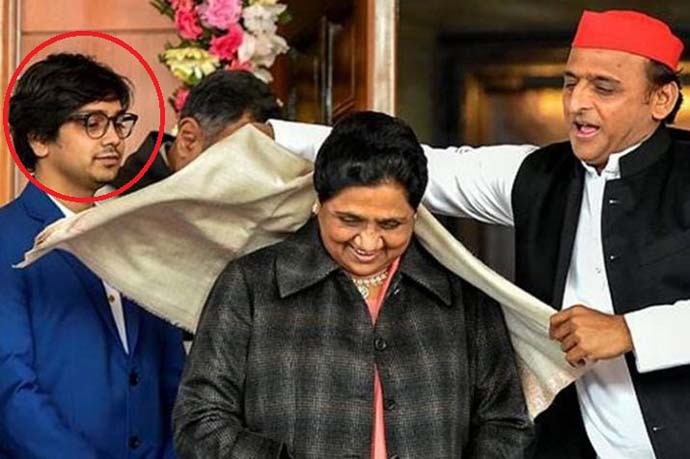 Political nephews will come and go. It's time for the real nephew. (Photo: PTI)

Has she not learnt anything from the Congress’s rout — that people are rejecting dynasty-based parties?

Yes, that’s exactly what she's learnt from the Congress — that only dynasty can stop a political party from being irrelevant. People had already rejected Mayawati’s politics — in 2012, 2017, 2019 (Lok Sabha) — when she was a staunch supporter of such idealism. Now is the time to take care of the future.

And by the future, we don’t mean the BSP’s electoral future.

Now, who is this Anand Kumar?

A not-so-known name in political circles till a few years ago, but a known figure to the income tax department and the Enforcement Directorate. He started as a clerk in Noida authority but after Mayawati came to power in 2007, he moved to business.

According to a 2017 report, Anand and his wife Vichitra (Vichiter) Lata were on the board of directors of 10 companies apparently owning hundreds of crores of assets.

Several of Mayawati’s properties were reportedly bought in their names.

Who is Akash Anand?

Akash is the eldest son of Anand and Vichitra. Young and foreign-educated, Akash was seen as heir-apparent of Mayawati.

Now, an heir of Mayawati will inherit her political ‘earnings’ as well. Because Dalit leader Mayawati, SP supremo Mayawati, owner of property reportedly worth Rs 111 crore (in 2012) are all the same person. Why pass on this hard-earned name and fame to some ‘outsider’?

Kanshi Ram's family members had to go to court to obtain permission to visit Kanshi Ram at Mayawati's Delhi residence.

Also Read: Why Priyanka Gandhi needs to pull off a Mayawati to win UP