Will Mayawati be the kingmaker or spoiler in UP Elections 2022?

Mayawati started her camapaign for UP elections 2022 on February 2 from Agra. But will her party BSP, be able to pull of the magnificent of 2007 in 2022?

“I can make you such a big leader one day that not one but a whole row of IAS officers will line up for your orders,” biographer Ajay Bose recounted these words of late Dalit leader Kanshi Ram to Mayawati in 1977. Mayawati back then taught at a school in Delhi and aspired to become an IAS officer.

She would have never thought back then that the words of the mighty man will come true in the years to come. Kanshi Ram inducted her into the Bahujan Samaj Party (BSP) when the party was formed in 1984. In 1989, Maywati, for the first time, became a Member of Parliament.

Since then, the iron-core lady, a sharp and shrewd mind in politics, much ahead of her mentor, Mayawati has been a four-time Chief Minister (CM) of Uttar Pradesh. Now, as UP Assembly Elections 2022 approach, Mayawati, the Dalit leader, was nowhere to be seen. Even Union Home Minister Amit Shah took a dig during one of his rallies,” Behenji ki abhi tak thand hi nahi udi hai…wo bhaiybeet hai (Behenji hasn’t been able to shake off the cold yet; she is scared)."

Finally, on February 2, Mayawati kickstarted her campaign from Agra, as nine constituencies of Agra go to polls on February 10, 2022. Mayawati in her speech charged at the BJP for causing the price rise and inflation. More than that, she appeared scoffed at the Congress and SP for their attitude towards Dalits. In her own way, Mayawati let her detractors know that she had arrived and anyone who took her party lightly would fall on their face.

But will Maywati be able to turn the tides in UP this time? Will she be the CM for the fifth time or will she be in a strong position to be a kingmaker, just like what Kumaraswamy from Janata Dal Secular (JDS) did in the 2018 Karnataka Assembly Elections?

Here's what you need to know.

Mayawati’s core vote bank of SC and Brahmins was cleverly built by her after the demise of Kanshi Ram in 2006. The formula also made her the CM of UP in 2007. Dalits make up 21.1% of the state population, while Brahmins make up to 10-12%. Her handing over of the reins of party affairs in UP to Rajya Sabha MP Satish Mishra shows her Brahmin approach.

But in 2022, Mayawati has kept the jatav vote confused. Jatavs comprise dhobis, pasis, koris, valmikis, dhanuks, gonds and katiks. The jatav vote among SC comprises up to 50 per cent of the community and has been an ardent voter of the BSP. But Mayawati not coming out with her campaign in the recent days has confused the voters. A large section of these voters have expressed their disappointment over the rumours that the BSP has, behind closed doors, struck a deal with the BJP.

WILL BEHENJI BE A KINGMAKER? A lot of political experts are throwing their weight behind the argument that Mayawati can single-handedly be the kingmaker in UP after March 10, 2022. Technically, this argument is sound because if we analyse her vote share in the 2019 Lok Sabha Elections or 2017 UP Assembly Elections, BSP has a considerable hold on its voters.

What the experts say is that in case of a hung assembly, Mayawati can be the ultimate kingmaker where she can side with the BJP and form the government.

A SPOILER FOR THE SP

Though SP might run down the argument saying that BSP is no longer in competition and its the BJP they are fighting in UP, they might have to rethink the outcome because Mayawati’s vote share was still more than SP in both 2019 and 2017. The religious voters of Behenji might not transfer the vote to SP in any case.

We saw this in 2019 when SP didn’t gain anything out of the alliance, largely because Mayawati’s vote bank didn’t transfer to the SP,. On the other hand, SP’s votes did transfer to BSP in some seats. Mayawati doing the spoiler will not be a surprise, but it's evident that the party will dent the winning prospects of SP in a large number of seats in the Assembly Elections in 2022.

Even SP leader Akhilesh Yadav, in an interview with The Lallantop, said that the BSP and other small parties are contesting not to defeat the BJP but to defeat SP.

WILL MUSLIMS VOTE FOR MAYAWATI? 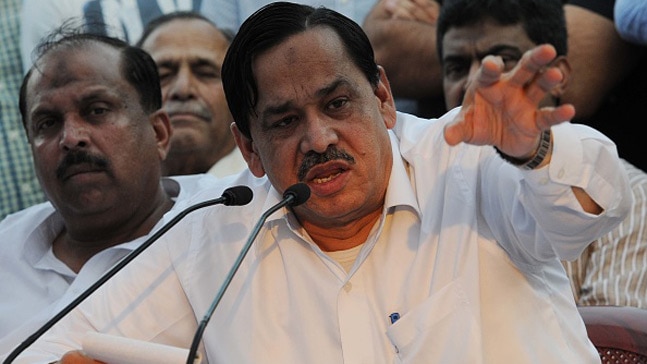 It’s hard to contend whether the Muslim vote, which was once a strong supporter of Mayawati in the state, would side with her this time. Though the party has given tickets to  a large number of Muslim candidates; 1 in 3 Muslim candidates, it will have a tough run getting the votes.

Mayawati’s Muslim face of the party, Naseemuddin Siddiqui, who the BSP supremo brought into politics in 1991, parted ways with her after the 2017 Assembly Elections. He levelled charges against Mayawati saying that the leader used vile remarks against the Muslims who didn’t vote for her in 2017.

True or untrue, the allegation had its own repercussions among Muslim voters. Further, claims of Mayawati hobnobbing with the BJP ahead of 2022 polls is also likely to dent the minority vote for the BSP.