'Until we meet again,' McDonald’s tells Russia as it exits the country for good

The Ukraine-Russia war has upended a lot of progress made by not only the two countries at war but the entire world.

McDonald’s is a lot more than just burgers for a lot of people. Wherever it went, from Seattle in the US to New Delhi in India, it became a part of the lives and culture of the people there. We still remember the first time we ever visited a McDonald’s outlet; the birthdays that were celebrated there, the first dates, and much more.

The story of McDonald’s and Russia is a special one and the one which is coming to an end. McDonald’s has announced that it is leaving Russia for good – no, not just temporary suspension of operations – after over 30 years, due to the Ukraine war.

The President and Chief Executive of the restaurant chain, Chris Kempczinski, sent a letter to the employees on Monday, May 16, 2022, communicating the company’s decision to leave Russia for good.

“Some might argue that providing access to food and continuing to employ tens of thousands of ordinary citizens, is surely the right thing to do. But it is impossible to ignore the humanitarian crisis caused by the war in Ukraine,” Kempczinski said in the letter.

You might recollect the long queues at McDonald’s franchises in Russia in March 2022, when the company had announced it will be temporarily suspending operations. People wanted to get their last McDonald's meals till the restaurants reopened.

Kempczinski said that when McDonald’s decided to temporarily suspend operations in March, they were hoping for “peace to soon return to the region”. However, the decision now signals that businesses are wary of the situation getting back to normal any time soon, or they have assessed that the consequences are beyond normal and temporary now. 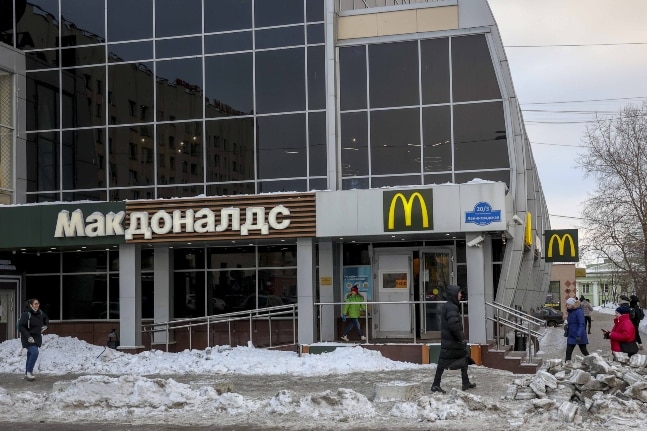 Come next chilly winter, revellers will not be able to enjoy their hot meals at the one-of-a-kind McDonald’s anymore in Murmansk. Instead, the McDonald’s outlet in Rovaniemi, Finland, will become the new northernmost McDonald’s in the world after the one in Murmansk closes.

THE STORY OF McDONALD’S IN RUSSIA Staff of a McDonald's restaurant in Moscow circa 1990. Photo: Getty Images

McDonald’s, like everywhere else, also embedded itself into the lives of Russians. But its arrival in Russia and its expansion since is a tale of the history books.

WHAT NEXT FOR McDONALD’S?

Several major Western businesses have temporarily suspended operations. However, McDonald’s and French carmaker Renault have become the two companies to shut businesses permanently in Russia. However, an exit for businesses is not an easy decision to make. Chain restaurants like Burger King are not in a great position to negotiate an exit like McDonald’s due to complicated franchise contracts.