Ironically, the same doctor whose licence was suspended by MCI will now decide complaints of ethical violation.

The West Bengal government has recently passed a new legislation aimed at bringing transparency in the private medical care industry.

The latest legislation aims to bring transparency in the functioning of private hospitals with strict monitoring through a regulatory framework, and also has provisions for imposing penalty in case of violations.

On the face of it, the move seems to be intended for a noble cause.

However, questions are being raised about the selection of the regulatory commission itself, which is entrusted with the critical task of maintaining accountability. 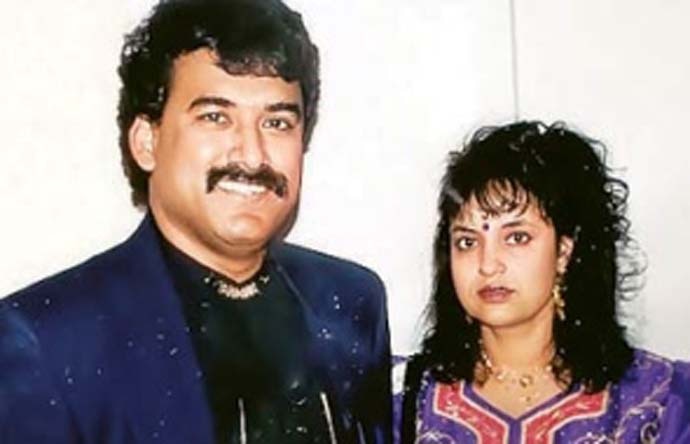 Supreme Court had ordered Dr Sukumar Mukherjee and two others to pay a compensation of Rs 5.96 crore in a negligence case following US-based psycologist Anurada Saha's (above) death. Photo: Rediff.com

Especially because controversial physician Dr Sukumar Mukherjee, infamous for being indicted in India's biggest medical negligence case, has been named as a member of the panel.

This has prompted many to ask how a tainted doctor could sit to deliver the "judgement" relating to such negligence for which he was himself indicted.

The Supreme Court, in a landmark verdict in 2013, had ordered Dr Sukumar Mukherjee and two others to pay a massive compensation of Rs 5.96 crore — the biggest such amount in Indian medical history.

The apex court’s verdict pertains to a medical negligence case following the death of Anuradha Saha, a US-based psychologist who had been wrongly treated by doctors at a private Kolkata hospital.

Dr Mukherjee, along with the other doctors from AMRI hospital, was indicted by the top court for gross dereliction of duty.

Dr Kunal Saha, who had won the legal battle on behalf of his deceased wife Anuradha, has termed the entire exercise a hogwash. "Now the most negligent and unethical doctor in Indian medical history will decide allegations of negligence by other doctors. What a cruel joke for all victims of medical negligence," he says.

"Remember all her promises after the horrific fire at AMRI hospital in 2011 that all guilty doctors and wealthy hospital owners will soon be brought to justice. Six years later, AMRI is doing business as usual and all doctors and owners are roaming free with no 'justice' in sight - only the victims' families are still crying in dark. The present uproar by the chief minister with the new health Bill will be nothing but another pie in the sky," Saha alleged.

The Supreme Court, in its October 2013 verdict, had made scathing observations about Dr Mukherjee. "... Dr Mukherjee has shown utmost disrespect to his profession by being so casual in his approach in treating his patient. Moreover, on being charged with the liability, he attempted to shift the blame on other doctors," the court had observed.

Ironically, the same doctor whose licence was suspended by the Medical Council of India following the Supreme Court's verdict will now judge complaints of medical negligence and ethical violations against other doctors as a member of Mamata's state health commission.

#Medical negligence, #Doctors, #West Bengal, #West bengal health commission
The views and opinions expressed in this article are those of the authors and do not necessarily reflect the official policy or position of DailyO.in or the India Today Group. The writers are solely responsible for any claims arising out of the contents of this article.