Congress failing to form government in Meghalaya is a new low

The parties lack of foresight in the state was sorely exposed as BJP struck a deal in less than 24 hours.

Extending its poor run in Assembly elections since losing power at the Centre in 2014, Congress has been completely wiped out from Tripura and Nagaland. It has also failed to form a government in Meghalaya despite emerging as the single-largest party in the state. As had happened in Goa and Manipur in 2017, the BJP has come from behind to cobble together a rainbow alliance in Meghalaya with merely 2 MLAs. While Congress did show some decisiveness in sending its top troubleshooter Ahmed Patel along with senior leaders Kamal Nath and Mukul Wasnik to the state quickly, it was apparently too late in the day. The Congress' lack of foresight in anticipating all kinds of results was once again sorely exposed even as BJP's Ram Madhav and Himanta Biswas Sarma ensured that they struck a deal in less than 24 hours.

Congress has been ruling Meghalaya since 2003 but for a year's break in 2008. The resultant anti-incumbency and BJP holding power at the Centre played its part in non-Congress parties coming together, facilitated by the BJP. In the bargain, the National People's Party (NPP) led by Conrad Sangma, son of the late Purno Sangma, has emerged as the leader of the alliance with 19 MLAs, supported by regional parties UDP, HSPDP and the newly formed PDF. Sangma paraded 34 MLAs as he went to meet the governor on Sunday evening, March 4, and will be sworn in as the chief minister on Tuesday.

The BJP's stated aim of a "Congress-mukt Bharat" is becoming a reality at a faster pace than anybody would have imagined with the grand old party now relegated to merely three full-fledged states - Punjab, Karnataka and Mizoram. Karnataka goes to polls in a couple of months and Mizoram at the end of this year. Rahul Gandhi's vanishing act at another crucial moment has invited criticism from all corners and deservedly so.

In fact, Congress campaign in all three northeastern states that went to polls in February was low-key and Rahul Gandhi visited Meghalaya just a couple of times in the run-up to the elections. It almost seemed that the Congress was resigned to losing the polls even before the election. This lethargy despite putting up an impressive performance in Gujarat and claiming moral victory doesn't bode well as general elections are due next year.

With BJP aggressively expanding in state after state in every region, Congress seems to have worked out the opposite strategy of putting all their eggs in one basket and concentrating on a single state at a time like regional outfits. While all their energy was focussed on Gujarat earlier, it seems Karnataka has now replaced Gujarat as the focal point. While the electoral significance of Karnataka cannot be understated, this strategy is not likely to work against the marauding BJP if Congress wishes to retain its position as the national alternative. It parallels the strategy adopted by the Left in the heydays of Indira Gandhi when they were reduced to an insignificant force in the Hindi belt. The obvious problem with this strategy is that, even after putting all their resources to use in Gujarat, Congress still came up short. And in Karnataka, despite being on a solid wicket, anything less than an outright win will surely prompt the JDS to strike an alliance with the BJP (despite assurances to the contrary by Deve Gowda) and displace Congress. The pre-poning of the general elections to coincide with the Assembly elections to Rajasthan, Madhya Pradesh, Chhattisgarh and Mizoram is predicated on such a result.

While Congress leaders claim off the record that a severe cash crunch is one of their biggest constraints, it simply cannot be an excuse for a party that ruled New Delhi for two terms in the immediate past, apart from its legacy since independence. The Nagaland Congress unit has been on record claiming that they were left to fend for themselves as the party merely put up candidates in 18 of the 60 constituencies. Even in Tripura, where the Congress got 45 per cent of the vote share in the 48 seats it contested in 2013, the party drew a blank this time on account of the apathy of the central leadership thereby ceding its space in entirety to the BJP. This kind of mismanagement is criminal and the Congress cannot afford it at this crucial juncture.

The Northeast region's eight states command a total of 25 seats, 14 of them in Assam alone. And Congress' diminishing fortunes in the region can be traced back to the events leading up to the Assembly elections in Assam in 2016 and Himanta Biswas Sarma's revolt and alleged humiliation by Rahul Gandhi. It seems Congress is still paying for that misjudgement as Sarma is not only key to BJP in Assam but hugely popular in adjacent states as well. BJP made him the convener of the North East Democratic alliance (NEDA) formed to bring all the non-Congress parties under the NDA umbrella and it has paid off spectacularly for the party once only known for its existence in the Hindi belt. 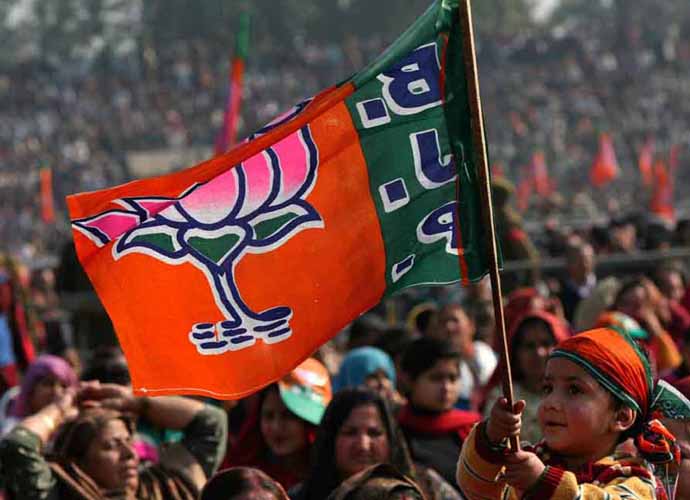 Congress had long ignored the electoral significance of Northeast and had depended on being in power at the Centre and the "intelligence network" that runs parallel to elected governments in some of these states. True, BJP seems to have deep pockets and an unlimited supply of cash through its capitalist friends and other sources. But sadly, Congress hasn't learned much from the disasters in Goa and Manipur, where they had emerged as the single-largest party but was outsmarted by the BJP. Or, it could be argued that smaller parties have been wary of the Congress' inability to keep its flock together in Arunachal Pradesh and BJP's ability to induce legislators to switch sides.

Congress could do better than having just CP Joshi as the pointsman for its strategy in the Northeast by having a designated general secretary in-charge for every state, however big or small. The feudal system of extending patronage and keeping decision-making centralised, especially after losing power in New Delhi, is not fit for the politics of the day and the party is learning it the hard way. It's time Congress delegated more powers to the lower levels and improved its man management.

Despite being hamstrung by corruption allegations and the ban on coal mining getting pinned on them, the party still came up with a decent performance against a fragmented Opposition but still couldn't form a government. The blame for this situation rests squarely with the central leadership of Congress that has once again been caught napping. With its failure to negotiate a deal with the Samajwadi Party to be the sole contestant in the Phulpur by-election against the BJP, everything now rests on Karnataka for Indian National Congress.

Also read: Dramatic rise of BJP: My 10 takeaways from battle for Northeast

Post your comment
#BJP, #Amit Shah, #Congress, #Northeast elections
The views and opinions expressed in this article are those of the authors and do not necessarily reflect the official policy or position of DailyO.in or the India Today Group. The writers are solely responsible for any claims arising out of the contents of this article.