Mehul Choksi, the Indian diamantaire accused of defrauding Indian Banks of over Rs 13,000 crore is having a good time in the Caribbean island. While the Indian agencies, Central Bureau of Investigation and Enforcement Directorate, are trying their best to extradite him from Antigua, all efforts may go in vain, thanks to Indian politicians.

Choksi, accused in a criminal case, just needs to prove before the local court in Antigua that he is a victim of political offence and the extradition will then be almost impossible. Well, it’s seems that Indian politicians are helping him in doing just that.

The remark by Choksi’s attorney Dr David Dorsett that "Mehul Choksi had some loose alliance with the Congress party" is a well planned statement. Choksi, through his lawyer, set the trap and Indian politicians fell into it. Union minister Ravi Shankar Prasad to other senior leaders of current government to opposition leaders, all started blaming each other over the "loose alliance of Mehul Choksi with the Congress party" remark which may eventually end up helping the fugitive.

"This loose alliance with Congress party has inflamed the situation and this is something the court in Antigua will have to examine if the issue is motivated by political interest, which comes under section eight of extradition law,” Dorsett said in a statement. 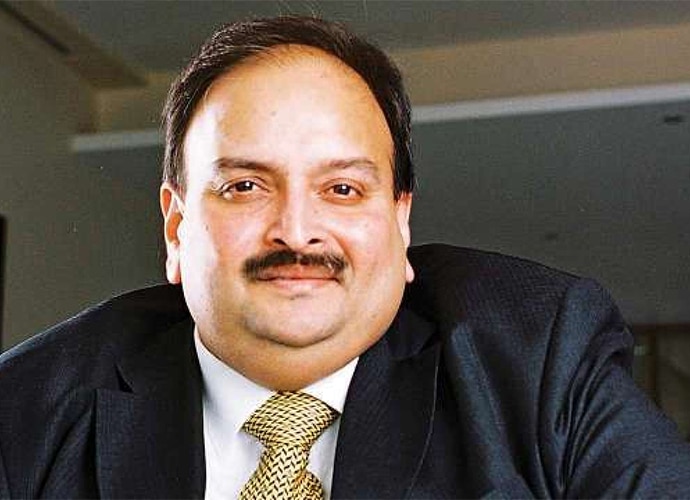 Choksi "categorically" denied allegations made against him by the Indian authorities. Photo: Indiatoday.in

Union Law Minister Ravi Shankar Prasad reacted sharply on this. "He [Choksi's lawyer] is confirming in a TV interview that Choksi had some alliance with the Congress and there is enough circumstantial evidence to confirm that. The Congress owes a reply," Prasad told reporters in Delhi.

Under Section 8 of Extradition, extradition of a person may be refused, if there has been a final judgement rendered and enforced against the person sought in [country adopting the law] [or in a third State] in respect of the offence for which extradition is requested. Now the extradition request from India for Mehul Choksi will be for money laundering and criminal offence whereas Mehul Choksi and lawyers have to convince the court that these allegations are against him because of politics in India and he is a victim of political offence. His lawyer will leave no stone unturned and it’s very likely that all the statements of Indian politicians will be submitted before the court to prove their point.

Congress also aggressively attacked Narendra Modi when a photograph of Nirav Modi with the PM came out in the media, taken during a meeting of Indian businessmen at Davos. "Guide to Looting India by Nirav MODI. 1. Hug PM Modi 2. Be seen with him in DAVOS Use that clout to: A. Steal 12,000Cr B. Slip out of the country like Mallya, while the Govt looks the other way. From1MODI2another," tweeted Rahul Gandhi moments before the Congress held a press conference on the issue.

Guide to Looting India by Nirav MODI 1. Hug PM Modi2. Be seen with him in DAVOSUse that clout to:A. Steal 12,000Cr B. Slip out of the country like Mallya, while the Govt looks the other way. #From1MODI2another

Choksi's lawyer has reportedly filed a plea in the court asking to prevent Indian authorities from extraditing him from Antigua.

Under Section 5 of the 1993 Extradition Act, Choksi, a citizen of Antigua and Barbuda, should not be extradited under any law, says the plea.

With 2019 Lok Sabha elections around the corner, it seems that no political party is going to leave this opportunity to take on their opponents over Choksi.

Billionaire diamond merchant Mehul Choksi, who has been at the centre of the India's biggest bank fraud, also broke his silence over the status of his Antiguan citizenship last month. He said that he has "lawfully applied" to be registered as a citizen of the Caribbean country.

In a statement by the fugitive diamantaire, Choksi "categorically" denied allegations made against him by the Indian authorities.

Choksi said that he has applied for citizenship of Antigua under the Citizenship by Investment Program in which a person can take their passport on a minimum investment of one lakh dollars in National Development Fund investment fund.

"During the course of my application, I did all that was lawfully required of me to do," he said.

He added that his application for citizenship was motivated by his desire to expand his business interest in the Caribbean and to obtain visa-free travel access to 130 or so countries.

Choksi has not mentioned the reason for fleeing India. He had fled the country in the first week of January, nearly a fortnight before the multi-crore Punjab National Bank scam surfaced.

Choksi had taken citizenship of Antigua in November 2017, and oath of allegiance on January 15.

The pattern also raises lot of questions on master planning of Mehul Choksi. Nirav Modi and his uncle withdrew the last amount from the Punjab National Bank from March 2017 and May 2017. Just after withdrawing over Rs 13,000 crore from the bank, Mehul applied for Antiguan citizenship in May 2017. Before it could have been detected he was granted citizenship in November 2017 and just few Days before the case was registered against him by CBI, in January 4 he left for Dubai and took oath of alliance on January 15, 2018 in Antigua.