Despite all the baggage, Pompeo’s visit has succeeded in injecting a renewed vigour in Indo-US bilateral discourse and in Jaishankar he managed to find a partner who is equally focused on delivering practical outcomes.

In the end, it seems that the United States and India are getting along just fine. The US Secretary of State Mike Pompeo’s visit to India has generated a lot of anxiety about the present state of Indo-US bilateral ties with many claiming that it has hit a rough patch. But in his joint press briefing with Minister of External Affairs, S Jaishankar, Pompeo was keen to underscore the strategic logic of the partnership once again.

Both leaders made it clear that while trade differences exist, they are also keen on addressing them effectively. Jaishankar said that with the US being India’s biggest trade partner, it was imperative that the two countries would have some differences from time to time. Pompeo, for his part, suggested that the two countries see each other as more than just bilateral partners and help each other all around the world. He was categorical that the “US-India partnership is already beginning to reach new heights.”

It is true that the Trump administration has queered the pitch on a range of issues that were effervescent underneath the surface for quite a while. Washington wants New Delhi to lower trade barriers. Earlier this month, US President Donald Trump terminated India’s designation as a beneficiary developing nation under the key Generalised System of Preference (GSP) trade programme after determining that it has not assured the United States that it'll offer “equitable and affordable access” to its markets. Bilateral trade, therefore, will continue to figure prominently in future Indo-US discussions as the two nations try to reset the terms of their economic engagement. 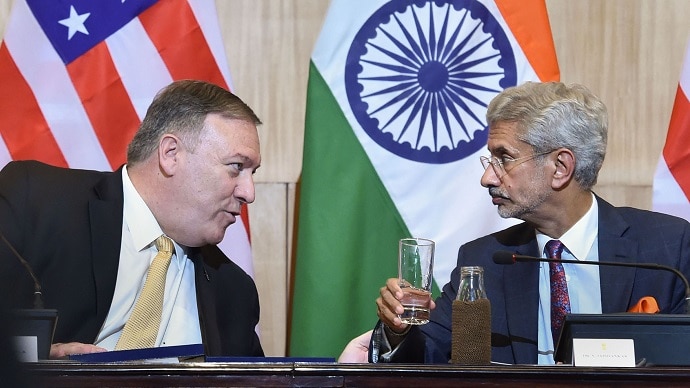 The Middle East cauldron is boiling and India has equities to preserve in its ties with both the US and Iran. Exemptions from US sanctions to buy oil from Iran have ended for India, which has already started adjusting to new realities. There has been an increase in India's oil imports from the United States, outpacing imports from its traditional suppliers in the Middle East.

But India would like regional stability in the region and that’s the message it conveyed to Pompeo. As Jaishankar underlined, “Energy security is part of it (the situation in the Gulf) but there are other concerns as well about diaspora, regional security, and trade.” India’s purchase of S-400 Triumf Air Defence System from Russia was also on the agenda as the US has also imposed sanctions on Russia. New Delhi’s historical defence ties with Moscow can't be unnoted and India has argued that it qualifies for a waiver according to the Countering America’s Adversaries Through Sanctions Act (CAATSA). India has showcased the fact that more than $10 billion worth of defence deals with the US are in the pipeline, so Washington’s role in India’s defence matrix is expanding significantly.

India has additionally made it clear that it's moving ahead with negotiations on Industrial Security Annex (ISA) that will support closer defence business cooperation and collaboration with the United States. Jaishankar gave Russia question a strategic frame when he suggested that India has “many relationships with many countries, many of them are of some standing. They have a history. We will do what's in our national interest. A part of that strategic partnership is the ability of each country to understand and appreciate the national interest of the other.” 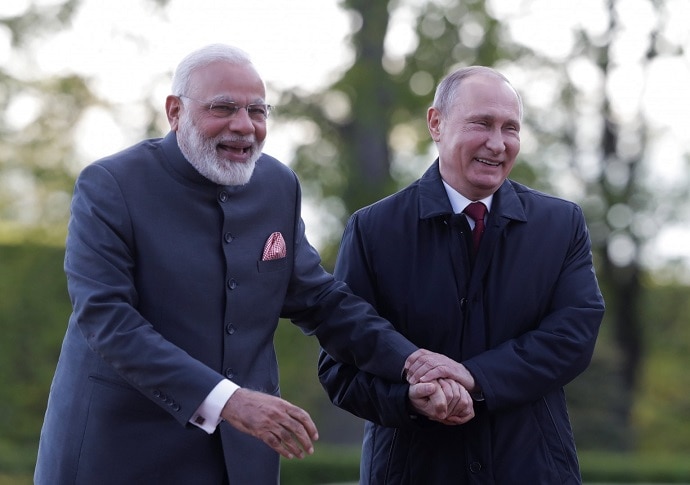 This is Pompeo’s third visit to India and it is intended to set the tone for the Trump-Modi talks at the G20 summit in Osaka, Japan starting June 28. Pompeo has been bullish on India despite Trump introducing an element of uncertainty in bilateral ties. There have been concerns in India that the US is planning to impose further caps on the H-1B visas that are used by Indians which have already been refuted by Washington.

Jaishankar, for his part, has also introduced a sense of pragmatism in the conversation by suggesting that “both the countries are having their own interests. And it's natural to have some conflicts due to that. We will find common ground using diplomacy. We will hold discussions with the US with a positive approach.”

America, of course, has its own interests in furthering its ties with India, but to deny Indian foreign policy all agencies is to do a great disservice to India’s growing heft in global politics. Paradoxical though it may sound, New Delhi primarily wants to enhance its strategic autonomy by deepening its security ties with the US. You first. No, you first: It is up to Modi and Trump to strategically further Pompeo and Jaishankar's bilateral dialogue. (Photo: PTI)

The biggest challenge to Indian strategic interests today comes from China and India doesn’t have much leverage in that case. A strong relationship with the United States is the most potent way to keep China at bay for short to medium term. In the future, this may enable India to develop its comprehensive national power. Despite all the baggage, Pompeo’s visit has succeeded in injecting a renewed vigour in Indo-US bilateral discourse and in Jaishankar he managed to find a partner who is equally focused on delivering practical outcomes.

Now it is for Modi and Trump to give the bilateral relationship a strategic purpose at the G-20.

Post your comment
#Putin, #Narendra Modi, #Jaishankar, #Mike pompeo
The views and opinions expressed in this article are those of the authors and do not necessarily reflect the official policy or position of DailyO.in or the India Today Group. The writers are solely responsible for any claims arising out of the contents of this article.