Mission Shakti: Awesome, yes, but 5 things PM Narendra Modi could have announced instead of this!

On Wednesday, Modiji addressed the nation on a crucial new development. And yes, it was a Shakti-shali speech!

Is it a plane?

No, it's an Indian satellite that just shot down a low orbit satellite hovering over our Bharat Mata!

On Wednesday, PM Narendra Modi addressed the nation in a direct televised speech which evoked his last similar address — on demonetisation. A lot has of course transpired since the 8th day of November, 2016 — particularly the attack on 40 CRPF jawans at Pulwama, and the subsequent Balakot air-strike by the Indian Army. These are part of what is making the nation restless. April 2019 is also Lok Sabha election time.

So, all eyes were glued to our television sets in anticipation. What could the Prime Minister possibly say, so close to the election? Are we going to war? Are we signing a truce with our ever-hostile neighbour? Are we — gulp — thinking of demonetisation-2?

But the speech addressed none of these concerns.

Instead, we found out that something-something happened in space — and that we are safe now. Most of us weren’t even aware that we were in danger up there. But that, of course, is our ignorance. 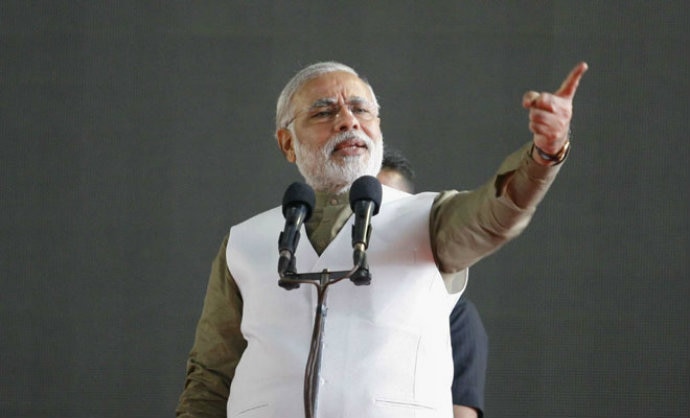 As thrilled as we are that the gatekeeper has his eyes everywhere — jal, sthal and antariksh — we’d have been kind of more excited if the PM had spoken about something else.

Here are 5 things we’d have loved to hear Modiji say:

Demonetisation was a promise that all the kala dhan that would be retrieved would, in turn, somewhere benefit us, the commoners, aam junta like. In 2014, we were also promised Rs 15 lakhs snatched from kala dhanis and returned to our bank accounts. Now would be a nice time to give us the money. Elections are upon us, not that we’re saying that this would lure us into voting for you, but 15 lakhs is a lot more than Nyuntam Aay Yojana announced the day before by another stalwart.

Alas, there was no money coming into our account.

NYAY sayers have said that lack of proof of the damage done at Balakot by the Indian army makes it difficult to believe anything. Add Pakistan’s claim that this was apparently a case of eco-tourism at best, and the question around the Surgical Strike 2 only seems to grow bigger. What if Modiji released pictures of the damage? Now that would be worth a 1000 words, right?

At this point, we’d take anything — satellite, mobile camera, Polaroid — anything at all.

3. Your new Prime Minister will be...

Okay, we know that declaring a change in the obvious prime ministerial candidate so close to the elections is unheard of — but then, that is exactly what Modiji is so famous for — to do the undoable!

We seriously had our money on Yogi Adityanath —if there’s anyone who can take Modiji’s legacy forward, it is Yogiji. What do you think?

An entire generation was born and are headed towards slow death — but the mandir never seems to be complete.

Frankly, we’ve even lost track of the dispute.

All we remember is that there used to be a building there and it’s not there anymore. In place, a mandir was supposed to come up. In Mumbai, this would have been termed a Mhada project and be done with in a couple of years. If only Modiji had revealed that the mandir is complete, we’d have a new hashtag for our Twitter rants!

In an Oscar-style winner announcement, what if Modiji had the name of the winner of the upcoming Lok Sabha elections in an envelope?

Now, how could someone have the results of the elections that are not even held yet, right? But then, impossible is nothing, doston.

Of course, all of these are pretty intangible. But then, so was the announcement.

That’s 20 minutes of our time we will never get back!