The fact is, Congress President Rahul Gandhi's NYAY announcement has the BJP gasping and the 'Shakti' dramatics were just that - dramatics.

There is never a dull moment in Indian politics. Every day, the nation wakes up to some or the other political drama with “Breaking News” flashing on the television screens.

Wednesday morning was no different.

The day had just begun,  people had just overcome the dreadful traffic to reach their work stations and grabbed a cup of coffee when the cafeteria TV flashed that “Breaking News”. In a bi-lingual tweet, Prime Minister Modi announced that sometime between 11.45 am to 12 pm, he’d give a special message to the nation.

What followed next reminded us of the iconic scene from the film Armageddon (1998), where the President of United States addresses the nation about the space mission a team of brave earth diggers were going to undertake, risking their lives to save mankind from extinction. As the President spoke, the camera panned and zoomed across the globe to show how from India to China to France to Saudi Arabia, all over the world, people had dropped everything and sitting in fear and anxiety, and praying, were glued to TV or radio to hear the President’s speech.

Prime Minister Modi is a man of grandeur, theatrics and media galore. He likes to create big moments and everlasting memories, and he likes to shock and awe the nation with his ‘surgical strikes’ and ‘blitzkriegs’. Do you think he’d be beaten by Armageddon in this department? That too, when his moment too is about a Space Mission. Do you think he has not done his research?

So, the next 30 to 40 minutes, India had its Armageddon moment etched in nation’s history — or, at least, that’s what Mr Modi apparently hoped at the time of planning the theatrical message. Every other program, commentary and reportage on TV was dropped and all cameras cut to a studio where anchors anxiously awaited the moment when PM Modi would appear on screen and speak. Similar was the scene in office cafeterias, college canteens, common halls in hospitals, railway stations and so on. One of the TV anchors said, “On an ordinary day, we’d have cut to Priyanka Gandhi’s visit to UP this moment — but today, everything else has been dropped.”

Well, dare I say, that was precisely the point of this theatrical event — to grab attention, to distract the nation from the narrative the Congress party had been building and hammering into public conscience, leaving the Bharatiya Janata Party gasping for some ‘air’ — and some ‘space’. 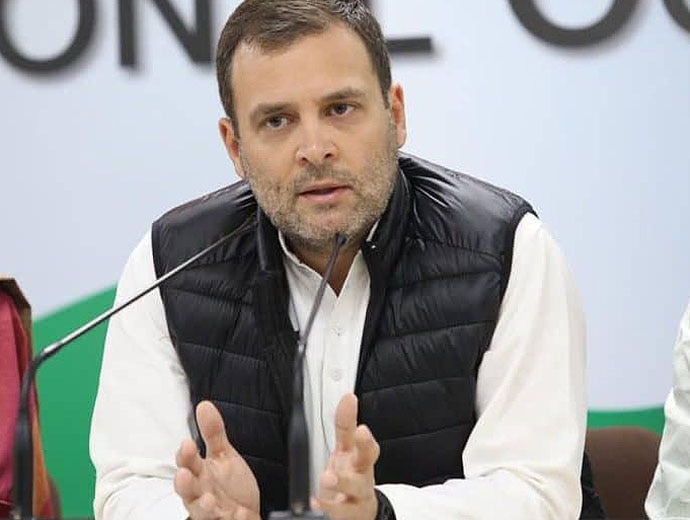 In a 10 minute-long recorded video message, a visibly nervous Narendra Modi — with shaking hands — told the nation that India has now joined the elite club of nations with super space power, becoming only the fourth nation to have successfully demonstrated our capability to shoot down a low-orbit Satellite. The anti-satellite (ASAT) mission is called “Mission Shakti”. It apparently shot down one of our own satellites in just three minutes. The Mission was not against any nation, but a display of our latest space war weaponry. The Prime Minister ended the message by thanking DRDO scientists, among others.

While this is indeed a great moment of pride for us, why the event required the PM to make the announcement with so much drama and suspense, merely two weeks before the Lok Sabha election, is not clear to most people. Mamata Banerjee questioned the timing of the test and the need for the PM to make the announcement, since usually DRDO issues a press statement in such events. 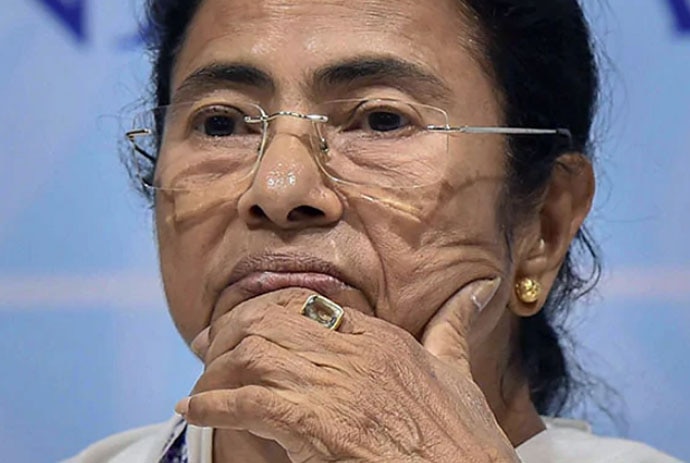 To my mind, the PM might also be in violation of the Model Code of Conduct since the launch was not done in response to a national security threat but as a demonstration — so, why did the PM use state machinery? The Election Commission has now constituted a body to look into allegations of whether the PM violated the MCC.

But, whatever might be the finding of the Election Commission, there is little doubt that the dramatic unfolding was a political event, aimed fully to divert attention from the Congress party’s big poll promise of Minimum Income Guarantee called NYAY — if there were any doubts in the political messaging Modi tried to send, the same was, to my mind, cleared by the subsequent press conference held by BJP leader Arun Jaitley, where he blamed the UPA government for not having the political will to test the anti-satellite capabilities already acquired by India in 2012 and hailed PM Modi as a leader with strong will, decisiveness and committed to national security.

With the Chowkidar image slipping out of his hands and Rahul Gandhi successfully overcoming nationalist issues and putting the focus on jobs, poverty, agrarian crises, health, education and so on, PM Modi seems desperate to politicize the armed forces and scientists to earn political points. Yet, the one question Indians are not allowed to ask these days is — “What did we achieve”? Be it the Balakot air-strike or the ASAT Mission, as citizens, we have a right to ask whether the demonstrations or strikes were important for the nation — or was this done to merely satisfy the Prime Minister’s vanity and give him a poll issue to brag about?

As far as technology is concerned, reportedly, the launch was not as momentous as India’s nuclear tests have been or Mangalyaan or Agni Missile launches. India had already acquired the capability and the building blocks to carry out the mission was ready in 2012. However the demonstration was not carried out reportedly because it wasn’t considered a priority item — and also because of our commitment to non-militarization of outer space.

Seven years since, the government may feel that the time has now come to carry out the test — so they did. As Arun Jaitley said, “Space research is a continuous process” and Mission Shakti was the logical next step in a continuum.  But it neither needed the over-hype, nor the political blame game.

Research and development are part of the natural course of action for all our departments and institutions established decades ago with great vision. Every government and prime minister adds value to the institutions and organisations. But I think Narendra Modi is the only PM whose entire career is apparently built on undermining the worth of all previous regimes. The “70 saal mein kya kiya” jibe has become so repetitive now that the moment the PM expressed his thanks to DRDO, at the end of his brief message, the first thought on most people’s mind was “But Nehru established DRDO and ISRO and you keep abusing him!” 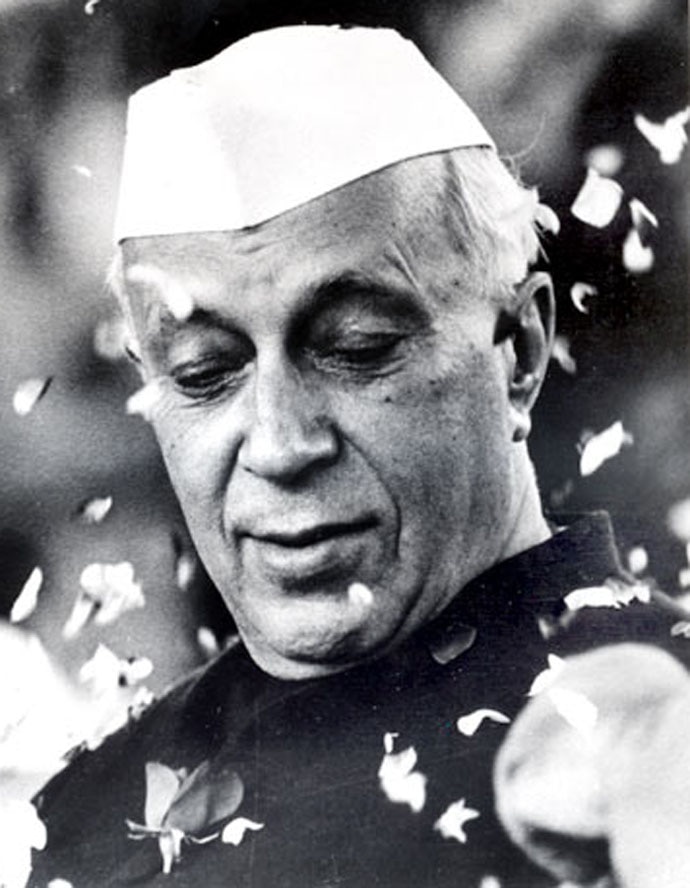 Guess who established DRDO? And ISRO?

One would have imagined that at least with the achievements of DRDO and ISRO, Nehru would be credited for having the vision to prioritize space research and set up these institutions and Manmohan Singh would be credited for acquiring the capabilities back in 2012 - but that wasn’t to be. The whole evening, TV channels made a noise about who would get credit, and PM Modi himself has now made it a poll issue with big claims.

For the ordinary voters, however, newly acquired space power is not likely to be a great vote spinner. Most people on Twitter weren’t even sure what exactly had happened. Twitter jokes started pouring in three broad categories — 1) ‘Space’, with everybody taking a jibe on how Modi pointed to the sky to gain some space in the political narrative; 2) ‘Theatre’, the Congress President setting off this batch of jibes at Modi for his love for theatrics by wishing him a Happy World Theatre Day. Modi probably didn’t realize that 27 March was indeed World Theatre Day; 3) Air, because Modi created so much drama, filled us up with so much air, and in the end, all we got was a bit of air and fluff with very little solid substance.

Post your comment
#Narendra Modi, #Nyay, #Rahul Gandhi, #Mission shakti
The views and opinions expressed in this article are those of the authors and do not necessarily reflect the official policy or position of DailyO.in or the India Today Group. The writers are solely responsible for any claims arising out of the contents of this article.