The BJP has failed to deliver maximum governance and minimum government.

To win re-election in the next Lok Sabha elections, the BJP needs 272 seats to form a government without depending on an increasingly volatile set of NDA allies. Let’s do the electoral math by placing the country into four clusters: 1) north and west; 2) south; 3) east; and 4) Northeast and union territories.

In the 2014 Lok Sabha elections, the BJP won 205 seats out of its overall tally of 282 seats from this 12-state, 259-seat cluster. This is therefore the make-or-break cluster for the BJP. In 2019 though, it can realistically expect to win only around 150 seats from these 12 key north-western states. That’s a fall of 55 seats over 2014 due to strong anti-incumbency, the Congress’ resurgence and the BJP’s inept governance across the region. Can it make up this large decline in the other zones? 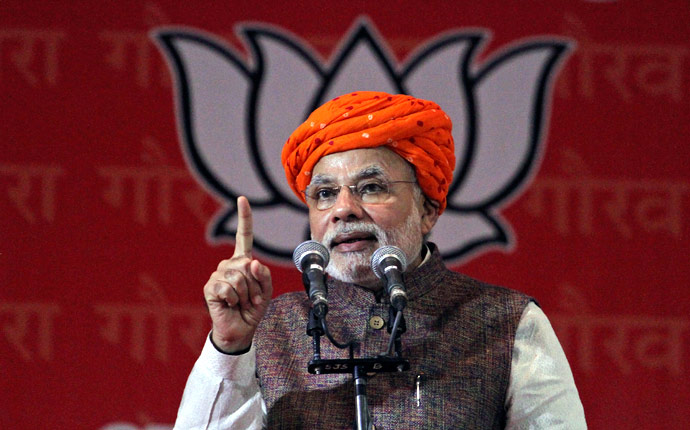 Cluster 2: The five southern states are unlikely to provide a cushion. The BJP won 21 out of 129 available seats in the south in 2014. Karnataka provided 17 of these. Again realistically, the BJP is unlikely to increase its tally significantly in 2019. Kerala may offer the odd extra seat. Karnataka could even slip a little, leaving the BJP with around 20 seats in the south. Together in the first two clusters, the BJP’s tally could therefore total around 170.

Cluster 3: The four key eastern states of Bihar, Odisha, West Bengal and Jharkhand could prove crucial for the BJP. In 2014, the BJP won 37 seats in these four states from 117 seats on offer. In 2019, it will rely heavily on seat-sharing with ally JD(U) to sweep Bihar. Odisha promises a rich harvest too with dissent at the top of Naveen Patnaik’s BJD giving the BJP an opening. West Bengal remains a distant prospect though the BJP is likely to make inroads as the Left continues to lose traction.

Cluster 4: The Northeast has been a special focus for the BJP. In 2014, it won just eight out of 25 seats in the seven northeastern states and Sikkim - seven of them from Assam. The BJP-backed North East Democratic Alliance (NEDA) has changed the situation dramatically. The party can expect to raise its tally to around 14 seats in 2019. The seven union territories (UTs), including Delhi NCT, contributed 11 out of 13 available seats to the BJP in 2014. That total is unlikely to change much, though Delhi could swing partially towards the Congress, giving the BJP around 25 out of 38 seats on offer in the fourth cluster.

Thus, the four clusters, in a best-case scenario, are likely to provide the BJP with 240 seats in the 2019 Lok Sabha election (150+20+45+25). Caveat: a Mayawati-Mulayam-Congress mahagathbandhan, however unlikely, could significantly reduce the BJP’s tally in Uttar Pradesh, cutting its Lok Sabha numbers to the low 220s. Unpredictable events such as a positive verdict by the Supreme Court in the Ram Mandir case and escalation of a conflict with Pakistan could in turn change the electoral math in favour of the BJP.

Clearly, the BJP with 220-240 seats will not be able to form a government without the support of NDA allies. The Shiv Sena, TDP, LJP, SAD and others have varying degrees of problems with the BJP. To form a stable NDA coalition, the BJP would need at least 50 seats from its allies, taking the alliance’s tally to around 270-290. With the JD(U), but without the Shiv Sena, even that may prove difficult. The Rajinikanth factor in Tamil Nadu though could play a decisive role if he allies with the NDA, making Shiv Sena support redundant.

Now turn to the Congress. To win power, Rahul Gandhi will have to rely heavily on old and new UPA allies. Across our four clusters, the Congress will be lucky to win 85-90 seats overall. To be a credible challenger to form a UPA 3 government, the Congress will need the following eleven key allies: TMC, the Left, DMK, SP, RJD, BSP, JD(S), AIMIM, NC, NCP and TRS. Defections from the NDA’s disgruntled allies would be welcome. Again, taking a best-case scenario, despite the unlikely prospect of the BSP and SP as well as the Left and TMC cohabiting in UPA 3, the 11 key allies together with smaller Congress-leaning parties are unlikely to garner more than 120 seats.

For the BJP, the message is clear. Five consecutive mediocre Budgets have alienated the middle class. They count for little electorally, but have a disproportionate influence on the political narrative.

The BJP’s policies over the past 45 months have been a mixed bag: in sum, it has failed to deliver maximum governance and minimum government. It has less than a year to reverse the slide. The Lok Sabha election may well be advanced to December 2018 along with the key state polls of Rajasthan, Madhya Pradesh and Chhattisgarh in order to mask strong anti-incumbency.

The BJP though does have one trump card: a still-anaemic Congress. But it can’t rely on that forever. To win re-election, the BJP will have to perform. Or perish.

Also read: Why Modi's campaign strategy in Karnataka may blow up in its face

#NDA, #Congress, #BJP, #Lok Sabha elections 2019
The views and opinions expressed in this article are those of the authors and do not necessarily reflect the official policy or position of DailyO.in or the India Today Group. The writers are solely responsible for any claims arising out of the contents of this article.