India has become a subject of ridicule internationally, thanks to Modi and BJP

In the last couple of years, the country's global image on three accounts - being democratic, secular and scientific - has been seriously dented.

In the early 1990s, when I left India to come to Europe, India was passing through a serious economic crisis. The country was forced to borrow heavily from the International Monetary Fund (IMF) in the face of a difficult balance of payments position.

It was usual then to be asked, even by senior European academics about a poor country like India’s rationale behind spending money on space research or nuclear weapons. Discussions on India in any social or academic gathering more often used to be on poverty and under-development.

With the arrival of the new millennium, India became one of the fastest growing economies of the world and consistently received good press coverage in the west. Journals like Time, Newsweek, Foreign Affairs The Economist all brought special issues on India, highlighting its economic achievements. Questions and discussions on India’s poverty and infrastructural backwardness started to disappear from the public mind in the west.

Though in the 1990s discussions on India were primarily on its acute poverty, there was a high appreciation by the rest of the world of its democratic character, secular values and scientific temper. India was being applauded for maturing as a democracy in spite of having a low-income economy and huge ethnic and religious diversity.

The country’s commitment to secularism had also absolutely fascinated the rest of the world. Invariably, there was respect for India’s scientific progress, its education standard and its scientists.

However, in the last couple of years, India’s international image on all these three accounts - being democratic, secular and scientific - has been seriously dented. 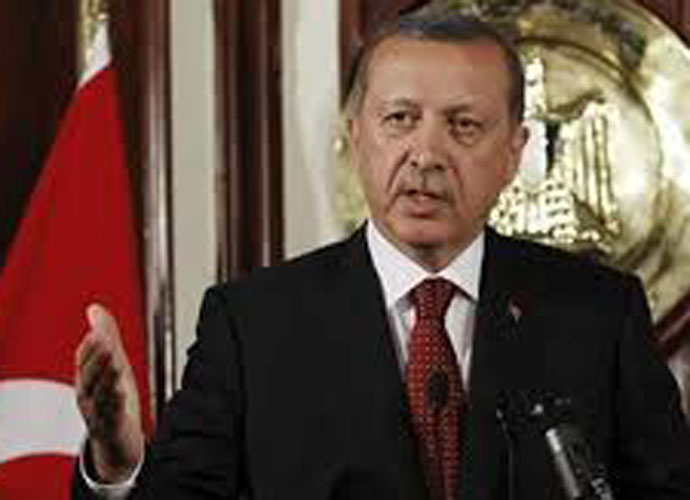 India has witnessed Prime Minister Narendra Modi’s utter disregard for human rights, crude use of state machinery for censoring critics, trying all tricks to undermine the independence and power of judiciary, and using both constitutional means and Hindutva foot soldiers to suppress religious freedom.

From the rise in cow-related violence to alcohol bans and anti-Romeo police squads - all have exposed the Modi regime’s anti-democratic fangs within India. However, the international community came to see the true face of Modi’s authoritarian character when he imposed the draconian cash ban on November 8, 2016.

It was simply unfathomable to the outside world how, in a democratic country, a leader can take a whimsical decision and cause immense hardship and terrible pain to millions of its people.

Earlier, India used to be a surprise for theorists of democracy. But, the future of the country’s democracy is being seen by the outside the world in a high-risk category.

In the last decade, political commentators and analysts were primarily busy in analysing how a developing Asian country with a vibrant democracy can also achieve spectacular economic growth like authoritarian China. That comparison with China has disappeared now.

These days it has become almost a cottage industry for political commentators to compare the state of democracy and Hindu nationalism in India with the growing authoritarianism and Muslim nationalism in Turkey.

Narendra Modi is being seen as India’s Recep Tayyip Erdogan. India is not any more a democratic success story, but a country that is being seen by the outside world at serious risk of destroying its seven-decades-old democracy project.

Discussion is not anymore about how India has managed to remain a surprise, but how Indian democracy can be deceived to destroy itself.

India’s commitment to secularism had also given an elevated position to the country in the eyes of the world. In spite of a dominant majority Hindu population, the country had devised a way of informal power-sharing with its minority communities. But, that façade of political accommodation is crumbling fast and the world has started to see India’s ugly majoritarian politics. The government’s obsession with cow urine and dung has bamboozled the science community and brought global ridicule. Photo: India Today

Modi as Prime Minister has fared terribly when it comes to upholding the country’s secular ethos, where all religious groups are constitutionally equal. Fatal attacks against Muslims by Hindutva mobs on suspicion of their possession or consumption of beef have become a regular occurrence. Minority communities are living in a constant state of fear.

An analysis of 198 countries by the Pew Research Center finds India is the fourth-worst country in the world for religious intolerance and violence. Only three countries - Syria, Nigeria and Iraq - are before India in this name-and-shame list, and even Pakistan fares much better than India on this front, being in the tenth position.

International human rights organisations like Human Rights Watch and Amnesty International are regularly bringing out scathing reports on deteriorating human rights of minority communities in India. Atrocities against minorities have become a regular news feature for the international media and are becoming a growing concern for the rest of the world.

Not only India is losing fast its precious image of being a democratic and secular country, there has been a huge setback for India’s international standing as a modern country, which promotes the spirit of scientific inquiry.

Modi has himself given examples of Karna and Ganesh to support the claim that cosmetic surgery and genetic science existed in India thousands of years ago.

His government’s open patronage to the so-called Vedic science has raised serious controversies among the scientists within the country. On this front, more than anything else, the government’s obsession with cow urine and dung has bamboozled the science community and brought global ridicule.

Reports in the foreign press of many Indians drinking cow urine have reinforced the image that India is not yet free of the ancient regressive mindset. Last week, I was talking to a world-class cow researcher and he was visibly bemused by Modi government’s recent decision to grant funding for research on cow urine’s cancer curing properties.

Pseudoscience in Vedic garb promotes Modi’s Hindu nationalist agenda at home, but creates serious question marks not only about India’s commitment to scientific progress but also the scientific temper of its scientists.

Whatever the government propaganda and the sub-servient national media try to project, there is no doubt that Modi’s primitive majoritarian politics has seriously damaged India’s global image.

India’s soft-power standing, which had taken a leap forward in the last decade as a country of immense sectarian tolerance, political maturity and economic opportunity, is eroding fast. Under Modi’s tutelage, India is increasingly becoming a subject of ridicule internationally.

Also read: How Hindus killed a Muslim over beef and murdered India's secularism

Post your comment
#Cow urine, #Secularism, #Narendra Modi, #Indian democracy
The views and opinions expressed in this article are those of the authors and do not necessarily reflect the official policy or position of DailyO.in or the India Today Group. The writers are solely responsible for any claims arising out of the contents of this article.