Why I am convinced Modi's degrees are fake

The PM's silence on the issue is only making things worse.

The controversy surrounding PM Modi's educational qualifications has refused to die down for over a week now. The plot thickened today with both BJP and AAP holding press conferences to aggressively target each other over the issue.

None less than two of the three most powerful persons in the present regime - BJP president Amit Shah and finance minister Arun Jaitley - have put in public domain the degrees of PM Modi. Despite BJP's attempt to put a cap on the building controversy and AAP's penchant for the politics of allegation and sensationalism, there is substance to the latter's suspicion over Modi's degrees. 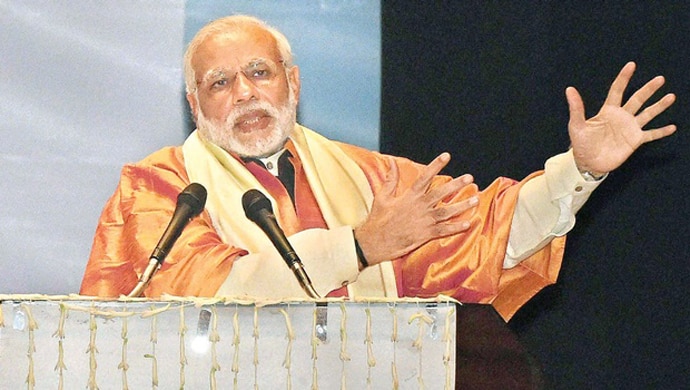 There are five anomalies that give credence to the charge that the PM's degrees may be fake:

1. Multiple entries of date of birth

As the storm around Modi's degree started to brew, a prominent newspaper carried similar reports with quotes from unnamed PMO sources and a photo of Modi's MA degree.

The matter would have been put to rest, but for the fact that according to this reported degree, Modi's date of birth is August 29, 1949 as opposed to the officially stated date - September 17, 1950.

This same MA degree was presented today by the BJP. It can't be passed of as a mistake due to carelessness as every entry - the day, month and year - is different. The BJP and Modi have not yet come clean on this aspect of his qualifications.

A copy of the degree.

2. Different name and year of attendance

In Modi's BA marksheet, his name is shown as Narendra Kumar Damodardas Modi, while in Modi's BA and MA degrees, his name reads as "Narendra Damodardas Modi". This discrepancy wouldn't have raised an eyebrow if there was a corresponding change of name affadavit, but no such document has been made public.

Surely, in the interest of transparency and confidence in integrity of holders of public offices we deserve an explanation as to why this mismatch exists.

The tale of mismatches doesn't end here. Even in the year of attending the course, there is discrepancy. While Modi's marksheet shows 1977 as his final year in college, the same is shown as 1978 in what has been presented as his BA degree.

3. Suspicious name of the course

The MA degrees of the PM that have been made public show the specialisation as "Entire Political science".

Now political science is a known discipline, but where does "entire" fit in? This suspicious name adds to the mystery surrounding his degrees. Also, it has been alleged that the college from which he obtained his MA has no political science course. Again, all this may amount to nothing, but like other instances, Modi's silence here is only making things look worse.

4. Where are PM Modi's classmates?

Since Modi is the most prominent public figure in India today, it shouldn't have been difficult to find people who attended the course or took the exam with him. Even while attending normal courses, multiple acquaintances are made in college, but since Modi is a celebrity and the biggest one at that, hordes of batchmates should have come forward to confirm with pride that they attended a course with him.

However, till date, we are yet to come across even one batchmate who can verify Modi's degree claim. This is another puzzling and disconcerting aspect that gives credence to the naysayers.

5. Why is his alma mater hiding information?

For any institute, it is a matter of pride to share that famous personalities have been affiliated with them. This helps the institute gain publicity and improve their image, and thereby help attract better students to strengthen the institution's present and future. This is why Punjab university never grows tired of flaunting its association with former PM Manmohan Singh.

Not only does PU publicise that Manmohan was a gold medalist from PU, it also created a chair in Manmohan Singh's name and now has enlisted him in professorial capacity. So it's surprising that both the institutes where Modi claims to have done his higher studies have been so coy about their association with the PM. Their suspicious secrecy around the whole issue seems to have been at Modi's behest as if they fear to reveal anything that may contradict their boss' (Modi) claim.

Now when nothing from the date of birth to the name to the year of the course is in order, one can't help but feel there is something fishy regarding the whole claim. A prima facie case has been established and the onus now rests on PM Modi to restore the nation's confidence in his credibility. It won't suffice to shoot the messenger and make light of the alleged crime. A fraud is a fraud. The question is not of how educated or not our PM is. The question is whether the nation deserves to be in the know of its PM's educational attainment. Should India be cheated when it comes to such information?

It's said Caeser's wife should be above suspicion, but here Caesar himself is under suspicion.

If the PM can cheat and trick when it comes to his degree, can we guarantee that he won't cheat or commit fraud in other matters? The trust and credibility of the most important public office of the world's largest democracy is sacrosanct. So it's essential that the cloud over Modi's degree is cleared either way, sooner than later.

Also, we can't just wait for him to come out clean. The fourth pillar of democracy - Indian media - deserves to do its job of scrutinising the matter with more vigour and courage than it has displayed so far.

It is inexplicable why the media has not undertaken an independent investigation into the whole affair. Its silence makes one fear that the worst may be true.

#BJP, #Fake Degree, #Narendra Modi
The views and opinions expressed in this article are those of the authors and do not necessarily reflect the official policy or position of DailyO.in or the India Today Group. The writers are solely responsible for any claims arising out of the contents of this article.