High on hype but low on substance, it's time to separate facts from the elaborate fiction.

The sentiments are definitely positive. But it has more to do with Prime Minister Narendra Modi's rockstar-like appeal than the real substance. He has visited a number of technology company campuses and has met tens of top technology executives but other than the chants of "Modi, Modi" there has not been much to show on the paper.

Yes, we got the rather poignant moment when Modi visited the Facebook HQ and spoke with Mark Zuckerberg about his mother. And we got the "superpower India" moment when the prime minister shook hands with Google's recently-crowned CEO Sundar Pichai, who talked about how the Indian Railways is one of the most wonderful things in the world.

But given the hype and a blitzkrieg of tweets and Facebook updates that accompanied Modi's trip in the Valley, it was fair to expect more. A day after the prime minister's trip ended, here is where we stand on the key issues related to the Silicon Valley and India. 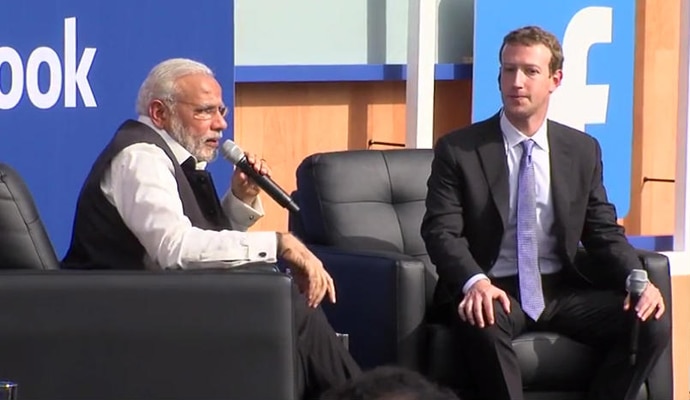 No progress on net neutrality

It was expected that Modi's Townhall meeting at Facebook headquarters would reveal a little about the fate of net neutrality in India. Facebook, with its Internet.Org, is trying to bring web connectivity to millions of people in India, in a sort of missionary zeal. But the truth is that Internet.Org is more about bringing Facebook to people and not internet. It clearly flouts the rule of net neutrality that underpins the internet. While at the townhall meeting we again heard from Facebook how it is "committed" to bring internet to the poor, we didn't get to hear from Modi what he thought of this plan.

As the documents unveiled by Edward Snowden show, companies like Google and Facebook often provide private data of its users to American government, sometimes wittingly and sometimes unwittingly. At worst they cooperate with the US government. At best, they are sympathetic to the cause of American spies, even though the data they are dealing with belongs to citizens of other countries. It was expected that the prime minister would raise these issues with Facebook, Google, Microsoft, Cisco and Apple etc. But unfortunately, that didn't happen.

No commitment on creating jobs or investments

The only commitment that we got in terms of actual investment was from Qualcomm that said that it would invest $150 million in India to create a venture investment fund that would probably help start-ups in the country. Other than that we didn't hear of any investment commitments from any technology company. And by the way, $150 million is akin to peanuts in the Silicon Valley, where even a two-week-old start-up can be valued at $50 million.

No clarity on Uber

We know that Uber is currently in middle of a sort of cold war with the state governments in India, particularly Delhi. The prime minister reportedly met Uber CEO during his trip to Valley. Unfortunately, we don't know what the topic of discussion was. All we know is that for now there is no clarity on Uber operations in India as far as the Indian government is concerned.

Nothing to show on Tesla

PM Modi also met Elon Musk of Tesla. Musk is one of the top visionaries in the world right now. More significantly, he has money to chase his passion for groundbreaking technologies and in the last few years with Tesla-made electric cars he has become the poster child for clean energy movement. When Mr Modi met Musk, we expected that he would probably announce away for Tesla to get into India. No, we are talking about the Tesla cars. Those are expensive cars. Instead, we were hoping that there would be some sort of announcement on Tesla's solar power batteries that could solve many of India's power problems. Sadly, nothing that sort of happened.

It's not that Mr Modi didn't get us anything from the Valley. But it wasn't as much as we had hoped, especially given the hype. So what is it that we got?

- We got a townhall meeting at Facebook headquarters, complete with rather personal conversations between Zuckerberg and Modi. Also we saw the euphoric desi janta of Silicon Valley at the meeting and heard Bollywood songs.

- We got Google's commitment to bring free wi-fi to 500 Indian railway stations. Though, under what conditions and what Google would get out of it wasn't disclosed. -- We were told that there is a temple in northern part of India that can create billionaires. Both Steve Jobs and Mark Zuckerberg apparently visited it.

- Microsoft promise to bring broadband internet to five lakh villages. However, this is just a promise or a plan for now. And it hinges a lot of Indian government sorting out its policy on white space spectrum. Currently, the policy is a mess. That's all, folks. That sums up the prime minister's Valley tour.

#Sundar Pichai, #Digital India, #Facebook, #Narendra Modi
The views and opinions expressed in this article are those of the authors and do not necessarily reflect the official policy or position of DailyO.in or the India Today Group. The writers are solely responsible for any claims arising out of the contents of this article.