Will Mohan Bhagwat's statement on Muslims change the RSS attitude towards the community? Highly unlikely

Speaking on the second day of the three-day RSS lecture series, 'Bhavishya Ka Bharat — an RSS Perspective' at Vigyan Bhavan in New Delhi, Bhagwat said, "Hindu Rashtra doesn't mean there's no place for Muslims. If we don't accept Muslims, it's not Hindutva. Hindutva is Indianness and inclusiveness."

Bhagwat went on to say: "Hindutva binds us together and our vision of Hindutva is not to oppose or demean anyone."

He also quoted Sir Syed Ahmed Khan, founder of the Aligarh Muslim University, to underline that Muslims were as much a part of India as any other citizen.

The very fact that he needed to stress this point lays bare the hollowness of the rhetoric. 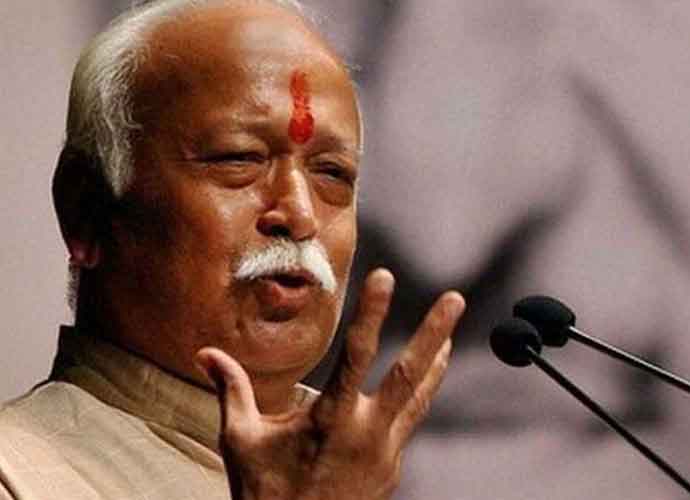 Too little, too late? RSS chief Mohan Bhagwat has said 'if we don't accept Muslims, it's not Hindutva'. (Photo: PTI)

Isn't it a given for any citizen of the country? Do we need clearance from the Sangh to legitimise patriotism or citizenship for our people?

This new softening of stand by Bhagwat is being seen as part of the Sangh's minority outreach.

This, coupled with the BJP's stand on Triple Talaq — the party passed an ordinance to enforce the proposed law, the Bill could not be passed earlier in the Rajya Sabha due to protests by the Opposition — and PM Modi's recent presence at a gathering of Dawoodi Bohras, is an attempt to woo the community in the run-up to three major Assembly elections due this year, and the 2019 Lok Sabha polls.

The party hopes to counter the Congress' increased soft Hindutva approach by poaching into the minority vote bank.

While earlier, during the 2014 Lok Sabha elections, and subsequently during the 2017 Gujarat and Uttar Pradesh Assembly elections, the BJP made it clear that it did not need the Muslim vote, this time around, the political ground situation is vastly different.

The BJP did not field a single Muslim candidate in the 2017 Gujarat and Uttar Pradesh Assembly elections. This, despite the fact that the community has been increasingly voting for the party.

The saffron party also won 45 of the 87 Lok Sabha seats identified by the Centre for the Study of Developing Societies (CSDS) as having a high concentration of Muslim voters. In Uttar Pradesh alone, the party won all but one of the 27 seats with a sizeable Muslim electorate.

A prominent winner for the party in Uttar Pradesh was BJP president Rajnath Singh, who won the Lucknow seat — which has some four lakh Muslim voters, including numerous Shias.

Once the BJP came to power, however, what materialises on the ground was alienation and marginalisation of the community.

Increased cases of cow vigilantism, lynchings and allegations of 'love jihad' — a conspiracy theory floated by the Hindutva outfits that Muslim men are marrying Hindu women with the sole purpose of converting them to Islam — are increasingly making the community bear the brunt of targeted attacks.

When Mohd Akhlaq was lynched on false allegations of storing beef in his refrigerator, Union minister Mahesh Sharma graced the funeral of one of the accused, where his body was draped in the tricolour. Union minister Mahesh Sharma graced the funeral of one of the accused in the Mohd Akhlaq lynching case. Photo :PTI

With increased rhetoric around muscular Hindu nationalism, Muslims are beings further ostracised through campaigns around 'ghar wapsi', beef bans and statements of 'go to Pakistan'.

Not surprisingly, most of these incidents are encouraged and, in some cases, even allegedly perpetrated, by members of the ruling BJP and its affiliates, the VHP and the Bajrang Dal.

Only recently, Union minister Jayant Sinha felicitated the convicts who were out on bail in Jharkhand's Alimuddin Ansari lynching case.

None other than BJP President Amit Shah recently said the party will not suffer electoral losses because of lynchings, such as that of Akhlaq in Uttar Pradesh in 2015. Senior BJP leader from UP, Vinay Katiyar, also showed signs of this 'inclusiveness' when he said that Muslims should not be living in this country and must go to Pakistan or Bangladesh.

While the statement of the RSS chief is indeed welcome now, what remains to be seen is if it will have any effect on the ground.

Will the loudmouths in the ruling BJP or its affiliates stop targeting minorities, or will it be business as usual as we near the polls?

Will the party take action against those who call for violence, or will they continue to be promoted for their transgressions, as in the case of UP CM Yogi Adityanath, who was made the cheif minister despite serious cases against his name for allegedly making a hate speech that was said to have triggered communal riots in Gorakhpur in 2007, and who had told his supporters "If they take one Hindu girl, we will take 100 Muslims girls." 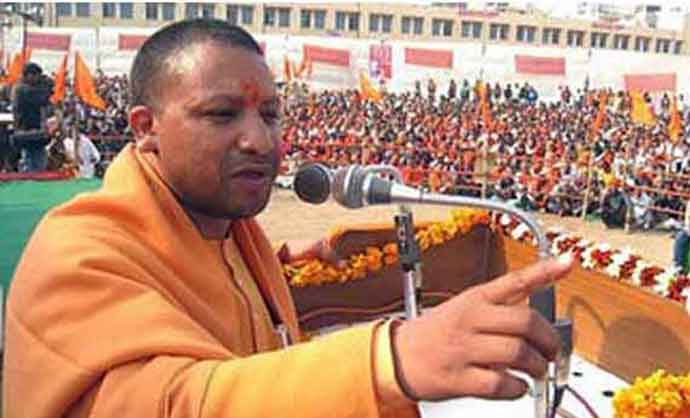 Yogi Adityanath allegedly made a hate speech in Gorakhpur in 2007. Photo: PTI

While it is for the courts to decide if he is guilty or not, what message does the choice of such a polarising figure as CM actually send to the minorities?

The proof of Bhagwat's intent would become apparent as we near the upcoming polls.

With polarisation becoming the sure-shot way to win an election, actions and speeches around polls will be the real test.

If his statements are not just political gimmicks, given his clout and stature within the Sangh as well as with the BJP and its affiliates, we will not see leaders shooting off their mouths just for a few votes.

Given recent history, though, this seems highly unlikely.