Forget demonetisation, what about black money at the heart of Indian democracy?

Extravagant election campaigns and opaque funding for political parties are a big contributor to the rogue economy.

Prime Minister Narendra Modi's "Tughlaqi farman" on demonetisation - with Rs1,000 and Rs500 notes no longer holding legal tender since November 8 midnight - has been pitched by the government as a "surgical strike on black money". While this has resulted in 86 per cent of India's cash economy suffering a rude jolt, practically without usable assets in cash affecting every part of the vast informal networks  that cushion our manufacturing and service sectors - has it really been effective on curbing the black money menace and netting the big fishes, as it were?

One of the biggest recepients and facilitators of black money - or unaccounted for income - in cash or otherwise - are the political parties and their gargantuan election campaigns. In the name of democracy, extravagant build-ups to polls, whether at central or state level, are seen, all supposedly in the interest of the nation and its multi-party, parliamentary election system. However, a humungous chunk of the funding that runs the show is through backchannels and goes unaccounted for.

This is India's dirty secret - the wheels within whels of election funding, all in the name of maintaining a robust and healthy democracy. Let's look at some of the numbers and graphs that give a rough estimate of this staggering undertaking. As we can see in the graph below, the election expenditure has only gone up, and that too exponentially, in the past few Lok Sabha polls. The Election Commission itself spent a very big sum - Rs 3,500 crore - in 2014 to conduct the Lok Sabha polls in all of the 543 parliamentary constituencies of India. What's striking is the steep rise in the graph in post-liberalised India, and particularly steeper climbs when NDA came to power. THE 'REAL' COST IS MUCH HIGHER

However, that was just what the EC spent on conducting elections. The actual cost - from funding parties to carry out massive, country-wide campaigns, to sponsoring star campaigners and big leaders, ensuring rallies and speeches - as seen during Narendra Modi's 2013-14 campaign speeches, or Rahul and Sonia Gandhi's innumerable appearances - is much, much higher. It's estimated that close to Rs30,000 crore was spent during the 2014 Lok Sabha poll campaign, and till date there's no complete breakdown and accounting of how and from where did all the money come. "Every legislator starts his career with the lie of the false election return he files. "— Atal Bihari Vajpayee, former prime minister.

Rs 1.5 lakh crore estimated amount has been spent on elections in the past five years. 75 per cent of the funding for Indian political parties comes from unknown sources. There is practically no way of knowing exactly who donated and how much, at least for those below Rs20,000. 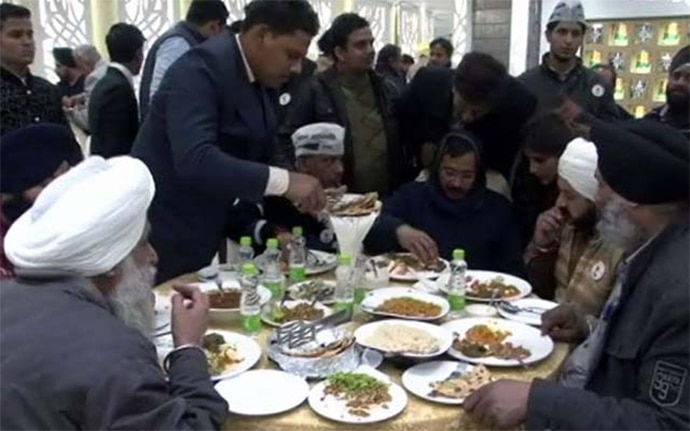 These are some of the ways in which political parties in India receive their funding:

> Cash donations through sale of coupons.

> Donations from electoral trusts of companies.

It is obvious that among the above-listed methods, voluntary contributions from individuals forms a sizeable chunk that can remain completely under the radar. Moreover, there's simply no way of deducing if the money is coming from legal sources or not, as this is exempt fom RTI Act.

This means that while demonetisation is aiming to catch the petty traders in black money, the real tzars are practically buying their way into the very fundamental process of a functional democracy, by funding parties through the foreign channels, thereby going both undetected and indebting the party for favours to be extracted in future. The thorny issue of political party funding has seen some of the following milestones, each of these a window into the political and economic ethos of the times.

> 1968: Indira Gandhi outlawed corporate donations to parties but did not move towards state funding as a substitute.

> 2003: Businesses were offered tax incentives for their donations.

​> 2013: Legal framework for electoral trusts set up by companies introduced.

For example, during the socialist era under Indira Gandhi, corporate donations were seen as an anathema and were banned until 1985 when they were re-introduced. However, it was only in the post-liberalisation era, that the the true impact of a political-business nexus was beginning be realised. From tax incentives to electoral trusts of big corporations getting their own legal framework to adequately address the issues arising thereby, it became a stronger and more intimate quid pro quo between business houses and established political parties and their leaders.

Funding of political parties is governed by the following laws: The above-listed laws have evolved with changing circumstances, but none of them have adequately addressed the black money menace and the safe haven that a good chunk of it finds in funding political parties - both in the day-to-day sustenance as well as during major campaign phases. For example, even though under the Representation of People Act, 1951, and under the Income Tax Act of 1961, the contestant is required to file his assets and returns, cases of disproportionate assets have been dime a dozen. Moreover, under the amneded FCRA, the NDA government has ensured that its massive NRI base - mostly Hindus abroad - chip in with financial assistance, thereby amplifying the unpredictability of the inflow to a substantial extent. 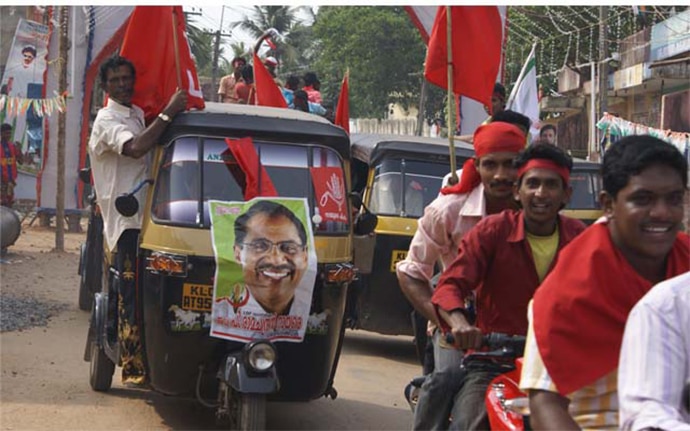 Consider sme of the loopholes in the existing laws, all of which are used to the hilt by political parties to fill up their coffers.

> Law only requires donations above Rs 20,000 to be made public. Parties show multiple amounts of less than that amount.

> Barter deals like providing local transport are rarely accounted for in full.

> Money spent on self-promotion before filing nomination papers is not counted.

> No cap on how much political parties can spend on campaigning.

> There is no standardised format for parties to declare incomes. > When the real cost of fighting elections is so high, politicians sometimes raise money through corruption.

> Money is illegally earned by giving undue favours while in office.

> Lack of close scrutiny of funding leads to questionable sources of funds.

If we have to curb the power of money in our polls the first step is to make the party system and its funding much more transparent.

But is there a way around this? Can reducing the number of elections held - by clubbing the national and state elections together - be the answer?

Let's explore that option in some detail.

CAN INDIA DO WITH JUST ONE POLL?

The government has proposed it and the Election Commision has backed it. But is it really what India needs?

The extravagant figures detailing election expenditure have been fronted as a reason why India must prepare itself for a more centralised and coterminous election system. One more look at the poll cost would help. 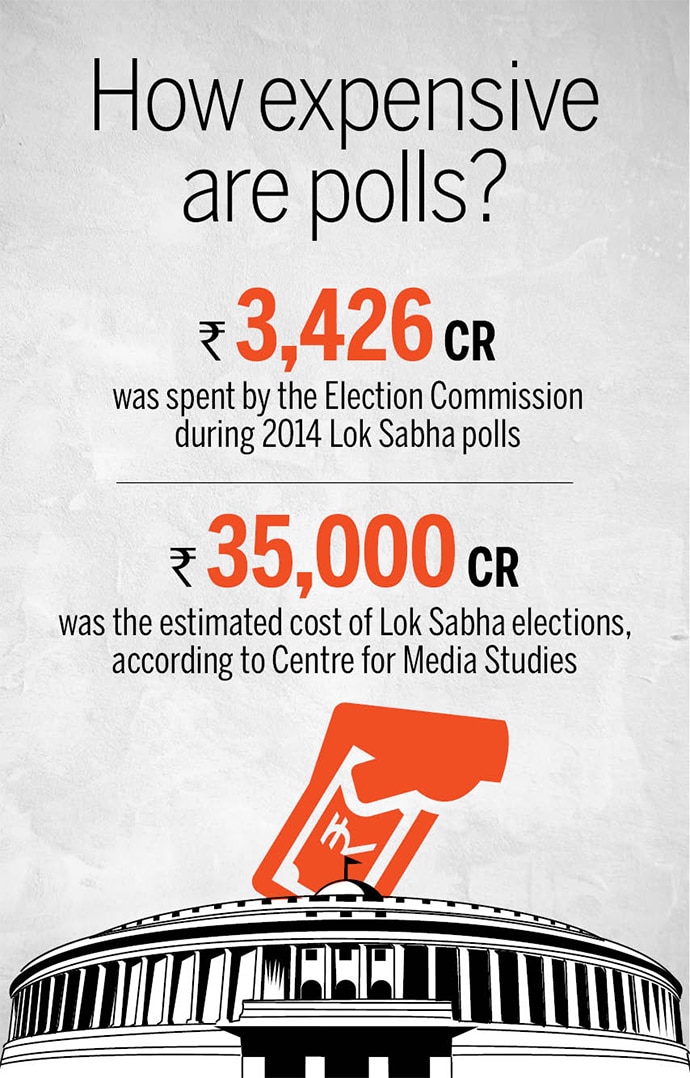 The proposal to save money is therefore bracket it all together and hold the parliamentary, assembly and municipal elections at once, under one massive election exercise. Here are some of the proponnets of the idea: Naturally, the idea has its backers. But it also has its fair share of fierce critics, who say that this will deal a severe blow to the federal structure of Indian polity, rob the states of political autonomy and independence, would give in to cultish trends in politics and lead to far greater centralisation of power.

Here's the criticism against the proposal: The logistical mayhem notwithstanding, how would this address the black money menace in the country? Given that it's the political parties themselves that exploit the loopholes in the system to the maximum, a crunch in the election mechanism is hardly going to impact the astronomical money laundering that happens with parties and business houses bailing each other out at every point, while imposing the costs on the common man and woman.

Democracy in India must not be held hostage to problems that are symptoms of a deeper malaise, and not just functional inefficiency.

Also read - Why are Indians so worried about Trump? They elected Modi