Religion is a cross most nations have to bear. India is no exception.

In today's charged atmosphere of heightened Hindutva, the views of Mahatma Gandhi on the Hindu-Muslim relationship are riveting. They are not quite what most Left-illiberal historians have portrayed them.

In her excellent book Mr and Mrs Jinnah: The Marriage That Shook India, Sheela Reddy sheds light on not only those incendiary views but also on the two Jinnahs who were the toast of Bombay society before Independence.

But first, the Mahatma. Ruttie, daughter of the Parsi baronet Sir Dinshaw Petit, was a free-spirited 18-year-old girl. She proposed to the strait-laced 42-year-old Mohammad Ali Jinnah, rather than the other way around. Sir Dinshaw filed charges against Jinnah of kidnapping his daughter. In court, the fiesty Ruttie told the judge, "Mr Jinnah has not abducted me; in fact I have abducted him."

All this happened just as the freedom movement led by Mahatma Gandhi was gathering steam. As Fatima Bhutto writes in her engaging piece in Mint: "The true pull of this book is Ruttie Petit. It is impossible not to adore a woman who refused to stand to greet the viceroy during the summer assembly sessions in Shimla though her parents were loyal subjects of the British.

"She refused to curtsy to another viceroy, Lord Chelmsford, instead greeting him with a Namaste. The viceroy snapped at Petit that if she didn't want to 'spoil' her husband's political future, she should do as the Romans do in Rome. 'That's exactly what I did,' Petit replied. 'In India I greeted you in the Indian way.' She was not invited back to meet Lord Chelmsford a second time, though one imagines this hardly upset Petit." 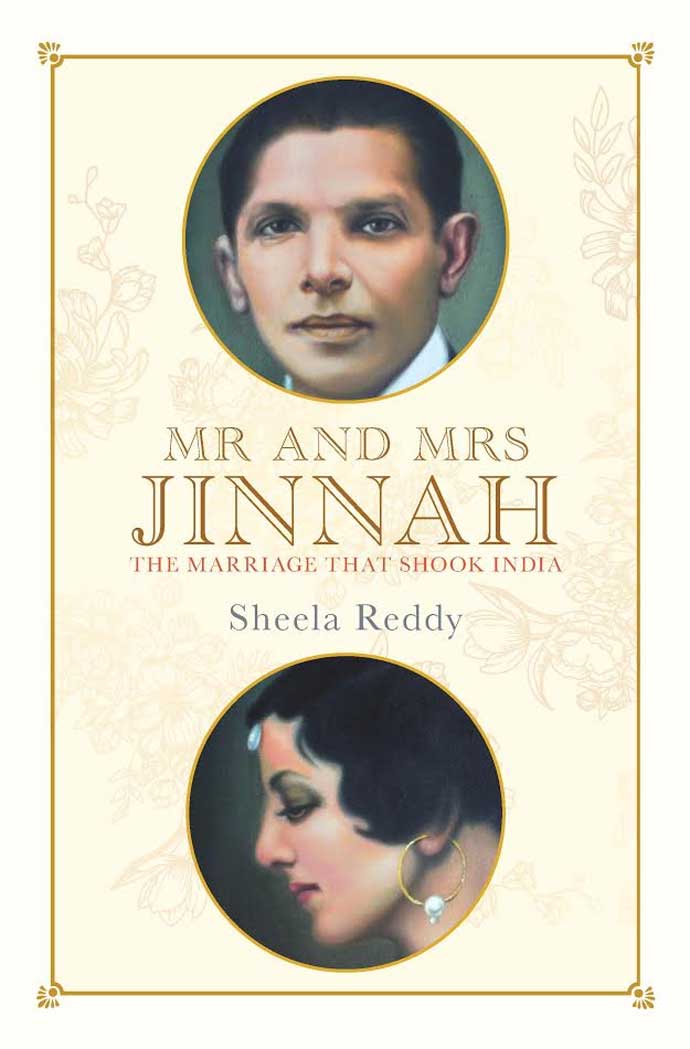 The book reveals the Nehru family's extreme conservativeness a century ago. Motilal Nehru, Jawaharlal's lawyer-father, was the principal culprit. He went to extreme lengths to stop the romance between his older daughter Nan (Vijaya Lakshmi Pandit) and a dashing Oxford-educated young Muslim journalist Syud Hossain.

"Part of the persuasion," Reddy writes, "includes packing the two now-separated lovers off to Gandhi's ashram in Ahmedabad. Getting Syud there was the easy part. Although Gandhi was not yet the supreme leader of the Congress that he was soon to become, Syud's admiration for the Mahatma bordered on reverence; but winning over Nan was another matter altogether."

"It took the combined efforts of Gandhi - who happened to pay a visit to Anand Bhavan around that time and was naturally told of the domestic disaster that had recently erupted - and her parents for her to take up temporary residence in the ashram."

Like Ruttie, Nan was a spirited girl. The spartan life at Gandhi's ashram did not dishearten her though she had to clean and wash her own clothes, sleep on a bedding roll next to Gandhi's outside his hut and eat food without "salt, spice or butter."

It was a change from life at Anand Bhavan where brother Jawaharlal, back from Cambridge, lived a life of understated luxury.

What surprised Nan most though was the Mahatma's communal views on Muslims. A century later, those views would be regarded as belonging to the extremist Hindu fringe.

According to one of the letters Nan wrote, quoted by Reddy, Gandhi admonished her on her romance with Syud Hossain: "How could you regard Syud in any other light but that of a brother - what right had you to allow yourself, even for a minute, to look with love at a Mussalman. Out of nearly twenty crores of Hindus couldn't you find a single one who came up to your ideals - but you must pass then all over and throw yourself into the arms of a Mohammedan!!!"

"Sarup (Nan's given name before her marriage), had I been in your place I would never have allowed myself to have any feelings but those of friendliness towards Syud Hossain. Then supposing Syud had ever attempted to show admiration for me or had professed love for me, I would have told him gently but very firmly - Syud, what you are saying is not right. You are a Mussalman and I am a Hindu. It is not right that there should be anything between us. You shall be my brother but as a husband I cannot ever look at you."

This is love jihad, a century before it reappeared on the plains of northern India. Of course, as the Independence movement progressed, so did the Mahatma's views on Muslims. He supported the Khalifat movement after World War I and in later years was accused by Hindus of being pro-Muslim.

In contemporary India, the politics of religion has changed dramatically since Prime Minister Narendra Modi's victory in the 2014 Lok Sabha election.

70 years of counterfeit secularism sculpted by the Nehruvian consensus are over. The real definition of secularism is to empower all, appease none. Governance must be religion-neutral.

And yet, say critics, how can governance be religion-neutral when a Hindu priest is chief minister of Uttar Pradesh?

In the United States, Christian evangelists who abhor abortion, immigrants and gays set the legislative agenda. In Europe political parties have long employed the word "Christian" in their names (Chancellor Angela Merkel's Christian Democratic Union and Christian Social Union in Germany, for example). In Britain, only a Protestant Christian can be monarch - not a Catholic and certainly not a Muslim.

Religion is a cross most nations have to bear. India is no exception. That is both a reality and a pity. If we had more Ruttie Petits, religion would be the last thing on our minds.

Post your comment
#Mr and mrs jinnah, #Love Jihad, #Hindu-muslim ties, #Mahatma Gandhi
The views and opinions expressed in this article are those of the authors and do not necessarily reflect the official policy or position of DailyO.in or the India Today Group. The writers are solely responsible for any claims arising out of the contents of this article.