The chief minister has an iron grip on the administration and the senior bureaucracy is strongly on her side.

Mukul Roy quitting Trinamool Congress would not shock anyone. That he did not leave the party earlier - after being snubbed and sidelined for a long time post his deposition before the CBI - was, in fact, a bigger surprise.

In 2014, on a high after getting 16.8 per cent votes in the Lok Sabha polls, the BJP had turned the heat on Trinamool in West Bengal. (Recall, the infamous lines of Siddharth Nath Singh - "Bhaag Mamata Bhaag", which came to haunt the party after the Trinamool's landslide victory in 2016 Assembly elections pulling BJP's own share down to 10.2%). But, for unexplained reasons, BJP went cold abruptly. A January 2015 rally of Amit Shah in Burdwan, where he was expected to welcome a large number of Trinamool leaders into the BJP fold, turned out to be a damp squib.

At that time, Mukul had reportedly told some of his associates that a good batsman knows how to stay on the crease and does not throw away his wicket. The runs eventually come to him. Therefore, he was clearly following a strategy to bide his time. However, following a protracted hibernation (when he was stripped off important posts) one saw a temporary rapprochement, though he never regained the old status in the party.

There were many theories on why his flirting with BJP did not turn into something more serious and his rather quiet return to the old fold swallowing a big lump of pride. But that would be entering the realms of speculation and grapevine. However, it would be safe to assume that any "deal" that might have been under negotiation with the BJP did not mature and while Mamata Banerjee could have easily kept him exiled in political wilderness, she probably preferred to follow the old Arab dictum of keeping "the camel inside the tent". But it was clear for all to see that things would never be the same between the two of them again. The "trust" was broken.

In the interregnum, the CBI case remained on the backburner although there was a small booster shot of Narada sting administered on a motley bunch of Trinamool leaders (notably, Mukul included) to keep issues alive. Then came the surgical strike of demonetisation. Among all chief ministers and opposition leaders, Mamata Banerjee, was arguably, the most virulent in attacking Prime Minister Narendra Modi, with a rhetorical call of "Modi Hatao, Desh Bachao".

During this period, BJP may have had reasons to go slow on its plans for West Bengal. Then, Uttar Pradesh was conquered, GST Bill was passed (with West Bengal being the only state other than Jammu and Kashmir holding out till the end) and the Bihar coup happened. From then on, it has been a "war" with no holds barred. Amit Shah made two trips in quick succession to the state in the last couple of months and BJP's local leaders are becoming belligerent by the day. 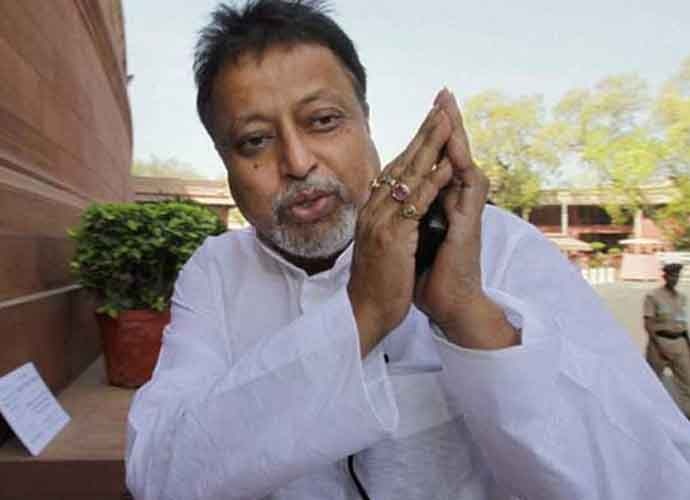 Since then, as we all know, Amit Shah has embarked on a massive nationwide "shopping spree" to hedge BJP's possible losses in the heartland with potential gains in new geographies. "What you don't have, go and acquire", seems to be his mantra at the moment. There are no prizes for guessing that the developments in Tamil Nadu, resignation of Narayan Rane from the Congress in Maharashtra and now the new wicket of Mukul Roy are all part of Shah's grand scheme for 2019.

Though speculations are rife about Mukul Roy joining the BJP, till the time of writing, he has not opened his cards. It is the guess of this writer that, he will not defect to the BJP at once and work on building his own organisation. Such a strategy would suit both him and the BJP. It may be recalled that, during his previous estrangement, Roy through his cronies had already formed the Nationalist Trinamool Party (in which, clearly, "Nationalist" is the operative word and leaves the door ajar for future alignments). Going ahead this outfit can either be merged with the BJP or have an electoral understanding like some of BJP's smaller allies in other states.

Irrespective of whether he joins BJP or adopts the path of "Ekla Chalo Re", what can Mukul Roy possibly bring to the table? It can be safely said that, none of Trinamool's first rung of leaders will tag along with him. All of them are creations of Mamata Banerjee and owe a deep allegiance to her, which they cannot afford to forsake. Mukul does not have too many friends among them. In fact, many of them were envious of Mukul when he wielded power in the party and would feel insecure in his company.

Also, it goes without saying that, Mamata Banerjee is too sharp a politician to not have anticipated Mukul's defection. Even when she took him back in her inner circle, Mamata would have known it is just a matter of time before he jumps off the ship. Therefore, not only has she been building her second rung of leaders but also grooming her nephew as the clear No 2. Simultaneously, she would have been systematically laying the safety nets in place to hold any defections down the line.

At the same time, Mukul's strength is grassroots level politics. He is the quintessential organisation man, made in the mould of the CPI(M) stalwarts such as Pramod Dasgupta and Anil Biswas. His forte is "booth management", a quality on which Amit Shah is known to place a high premium. Mukul was the chief architect a parallel cadre base that ultimately swung power from CPI(M) to Trinamool.

Historically, it may be argued, it is the lumpen proletariat that has determined the politics of West Bengal. The first two United (Left) front governments came to power riding on them and then the Indira Congress wooed them over for a short period. Many of Mamata Banerjee's erstwhile seniors in the Youth Congress rose by taking route. Finally, the CPI(M) drafted them into their rolls for 30 years till Trinamool emerged as an alternative employer.

It is debatable if Mukul Roy will be able to replicate what he did for Trinamool 12 years ago again for his own party or BJP. Today, Mamata Banerjee is a phenomenon in her own rights and Trinamool an institution. Of all the people, a highly rooted realist like Mukul Roy will not underestimate the power of Mamata in West Bengal. She remains hugely popular down the pop strata especially among the rural people, who see her as a "national leader". They believe she can be the Prime Minister some day. Banerjee has an iron grip on the administration and the senior bureaucracy is strongly on her side. There are no signs of anti-incumbency setting in as yet except among the urban elite, who are also disillusioned with the Modi government and unlikely to have any special affinity for Mukul.

Under the circumstances, bankrolled by the BJP election machinery, Mukul can at best bring some traction on the ground that will increase BJP's tally by a few seats. But, that would be far from creating a saffron revolution in Bengal. In the process, BJP may end up diluting its identity long-term prospects in Bengal. For now Mamata Banerjee is virtually invincible in Bengal and BJP supporters would do well to hold their excitement.

Also read: Why Swachh Bharat is a priority for Modi

Post your comment
#BJP, #Trinamool, #Mamata Banerjee, #Mukul Roy
The views and opinions expressed in this article are those of the authors and do not necessarily reflect the official policy or position of DailyO.in or the India Today Group. The writers are solely responsible for any claims arising out of the contents of this article.