I'm a Muslim woman, Delhi shut its door on my face

What is it about me or any other hijabi woman that rings the alarm/panic button?

It was in 2011 that I needed a house in Delhi for the first time and that is also when I started getting the "looks". The brokers would seem very eager on phone but their excitement was generally short-lived — what is more frightening than a hijabi woman looking for a place to stay? Seems, nothing.

Assistant professor Reem Shamsudeen’s open letter to Delhi chief minister Arvind Kejriwal has raked up these very images. There were a few who exclaimed, "That’s true? I thought it was a cooked up story. You know, to create a rift." 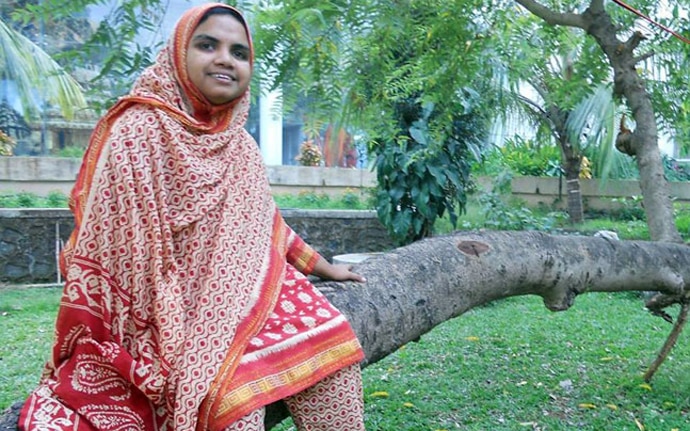 Reem Shamsudeen’s open letter to Arvind Kejriwal has raked up the thorny issue of housing apartheid for Muslims in Delhi.

Unfortunately, I am back on the streets house hunting and what happened in 2011 is raising its dirty head again. And I can very well confirm Shamsudeen’s story. While some wait till the eleventh hour to come up with statements like, “But we didn’t know. We thought you wore it because of the sun”, others acted downright helpless from the beginning of a conversation and apologised profusely for not having the heart and mind to accommodate a Muslim woman. Apology not accepted. Absurdity very well accepted.

Oh yes, then there is another set who bring your choice of cuisine — non-vegetarian food into question. The less familiar "you’re-a-Muslim-since-you're-a-non vegetarian" tag. Muslim guys, my friend told me, face a different problem. There is no way a landlord can crack their religion looking at them. So, what happens is after everything is arranged and the stuff is moved, the sympathetic creases on your landlord’s forehead transform into lines of anxiety at the sight of a "Mohammed" or "Abid" on the rent agreement. And you are asked to clear off with your stuff.

Yes, this has happened. Many, many times.

What is it about me or any other hijabi that rings the alarm/panic button? Is the society irked because I have a scarf? Does my occupying a space above your head threaten your nationalistic tendencies? Or are you silently saving the speech where you tell me that I might be renting a place to build a bomb — an idea so ridiculous that you arein fact embarrassed to voice it.

I think you are scared that you might be proved wrong. How will you continue to blame a community when your hijabi Muslim tenant is a non-interfering, keeping-to-herself, reasonably empathetic human being?

How will you keep propagating the popular idea that "all Muslims are terrorists" if you actually have contact with one? How will you rant about Muslims dressing differently after you realise it is not all that different? Guilty much? I think so.

Isn’t it time we all got out of our shells and stopped looking at a headscarf or a turban as "different"?  In a situation where laws and litigation regarding housing are insufficient, thanks to our competent authorities, such experiences just fuel more distrust and make the blood boil.

If it is an open letter that the leaders need, then this is one. But how many open letters will suffice?

#Muslim women, #Communalism, #Delhi, #Housing apartheid
The views and opinions expressed in this article are those of the authors and do not necessarily reflect the official policy or position of DailyO.in or the India Today Group. The writers are solely responsible for any claims arising out of the contents of this article.