Why Muslims should never have to apologise for terrorism

How appropriate is it to call Islam a violent religion for actions of the handful?

And guess what, if Muslims are not seen on social media condemning terrorism, they become scarier than ISIS; they are labeled as bigots, ISIS suddenly becomes more honest than Muslims.

Also read: Why I am grateful to Trump and his Islamophobia

Is there a presumption that Muslims support terrorism? Otherwise why this demand for condemnation and apology? The very demand that Muslims should condemn terrorism every time there is a terrorist attack arises from bigotry. 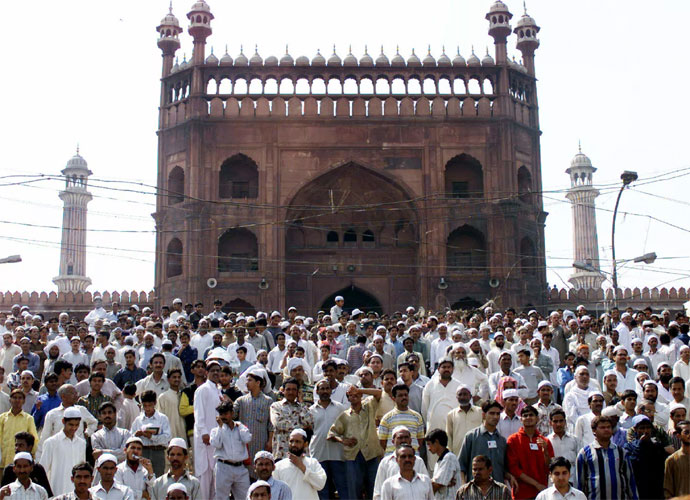 Is there a presumption that Muslims support terrorism?

There is a presumption that if you don’t condemn it you support it, only because you happen to share your faith with those violent people. The moment it is demanded that Muslims should condemn terrorism, Muslims are being associated with those barbaric terrorists who commit heinous crimes in the name of Islam.

There are more than 1.6 billion Muslims around the world. How many of them are terrorists or even support terrorism? It doesn’t take a rocket scientist to understand that majority of Muslims are peace-loving. Only a handful of them, for their vested interest and political propaganda, resort to violence.

How appropriate is it to call Islam a violent religion for actions of the handful? How fair it is to suspect a diverse community of more than 1.6 billion people for actions of a hopeless minority which falsely claims religious purity?

But for some people, majority of peace-loving Muslims don’t represent Islam but Islam is represented by handful of violent people who claim to follow the religion.

The moment there is an attack in the name of Islam, there is a race from Muslim organisations to condemn violence, Facebook and Twitter feeds are full of condemnation from young Muslims with a long justification of how Islam is a peaceful religion. Because if there is a delay it will be seen as an act of condoning and tacit support.

Another set of Facebook and Twitter feeds will arise asking for condemnation and apologies from Muslims. The debate will go on endlessly on how the moderate Muslims are the real problem and not the likes of ISIS. Names will be called - Muslims are hypocrites, they have double standards, there is selective outrage on their part.

And yes, Muslims shouldn’t expect others to speak out when their fellow Muslims are killed by non-Muslims. Silence is just not the options for Muslims, because that amounts to covert support towards terrorism.

Also read: Do you know how many million Muslims must die for War On Terror? Muslims are the worst victims of terrorism.

Muslims are worst victims of terrorism, countries after countries have been destroyed because of terrorism. Lakhs of Muslims have been killed by the terrorists who claim to kill for Islam. And those who are not under direct attack from terrorists are being suspected of supporting them.

No matter wherever the attack occurs, a Muslim is suspect even if he lives thousands of miles away. Along with distance, it also transcends colour, language, ethnicity, nationality and everything that divides humans.

Also read: Is the Sharia all divine and immutable?

More than 1.6 billion Muslims around the globe become a homogenous entity when it comes to being suspected of terrorism.

This demand has only increased since 9/11. Many terrorist attacks took place before 9/11 but there was not much fuss about it. It would have been understandable if this demand asking Muslims to condemn and apologise were raised immediately after 9/11.

Back then not many people talked about it, but in the last 15 years every time there is an attack in the name of Islam, condemnation from Muslims has been swift.

Inter-faith dialogues, peace rallies, seminars and workshops on terrorism have become regular, mostly organised by Muslims to make people aware that Islam is a peace-loving religion and doesn’t condone violence and Muslims don’t support terrorism in the name of Islam.

Today it is no secret that Muslims don’t support terrorism, they condemn it vehemently just like others. If some people still have doubts, it is their ignorance, or it is their hatred of Muslims and their eagerness to malign them for being Muslims.

In November 2015, Dalia Mogahed, research director at the Institute for Social Policy and Understanding in Washington in an interview to MSNBC said:

"Condoning the killing of civilians is, to me, about the most monstrous thing you can to do. And to be suspected of doing something so monstrous, simply because of your faith, seems very unfair.

Now when you look at the majority of terrorist attacks in the United States, according to the FBI, the majority of domestic terror attacks are actually committed by white, male Christians.

Now that’s just the facts. When those things occur, we don’t suspect other people who share their faith and ethnicity of condoning them. We assume that these things outrage them just as much as they do anyone else. And we have to afford this same assumption of innocence to Muslims."

We assume that majority people of those ethnic or linguistic groups are innocent peace-loving people and have nothing to do with the violence. So is it too much to ask for a similar assumption when in it comes to Muslims?

#ISIS, #Terrorism, #Muslims, #Islamophobia
The views and opinions expressed in this article are those of the authors and do not necessarily reflect the official policy or position of DailyO.in or the India Today Group. The writers are solely responsible for any claims arising out of the contents of this article.

The author is lawyer based in Guwahati.