Junaid, Akhlaq, Tabrez: Muslims aside, we are also lynching our laws and legal system each and every time

Most of the accused in cases of lynching have either been released on bail or never arrested at all. This is despite the Supreme Court's severe injunction to the authorities to ensure justice.

Tabrez Ansari was tied to a pole and tortured for over 18 hours. His alleged crime, of theft of a motorbike, was not established in any court of law. The mob that gathered in Saraikela, Jharkhand, deemed it fit to beat him after they established his identity as a Muslim. His relatives later revealed that Tabrez barely survived those 18 long hours of relentless assault. He died as the police apparently did not immediately admit him to hospital even as he was badly injured.

When he was finally shifted to a hospital, it was too late.

Theoretically, therefore, I do feel Tabrez Ansari’s death could have been prevented.

In real terms, however, it was the chronicle of yet another lynching foretold — pre-planned and carefully executed by multiple participants. The killers of Tabrez Ansari were not a few ruthless drunkards gone amuck. They were a mob, carefully planted, provided with utmost impunity and a free hand and probably backed by certain law-enforcing agencies.

Tabrez Ansari was killed not because he was a thief — but a Muslim. What hate does: Tabrez Ansari was killed not because he was a thief — but a Muslim. (Photo: Twitter)

He was made to chant 'Jai Shri Ram', which he did — and yet, he was not spared. Because his crime — of being from a ‘condemned community’ — could not be changed.

Two days later in Kolkata, a madrasa teacher, Hafeez Mohammad Sahrukh Halder, was reportedly pushed from a running train, after being thrashed and asked to chant 'Jai Shri Ram'.

Similar incidents were reported from other places in the country too.

So, Tabrez Ansari was a mere pawn in a very sinister game — of mobs specifically targeting Muslims and making murderous assaults on them with absolute impunity.

In Jharkhand, Dalits too have been the targets. The same is the case with Christians and Adivasis.

Tabrez Ansari is the eighteenth person to have been brutally killed by self-styled vigilantes in the past three years in Jharkhand. I certainly feel that the unabated spate of mob violence that has consumed several lives often has the backing of the regime — it hasn’t been shy of owning up at times. Only last year, Union minister Jayant Sinha garlanded a few who had reportedly lynched Alimuddin Ansari. Very recently, those accused of lynching Mohammad Akhlaq to death were reportedly given a front row seat at Yogi Adityanath’s election rally. Several leaders of the BJP, such as Gyandev Ahuja from Rajasthan, have spoken out, justifying mob violence.

Hasn’t the ruling regime made it clear that its support lies largely with the mob lynchers — than with the victims of lynching? 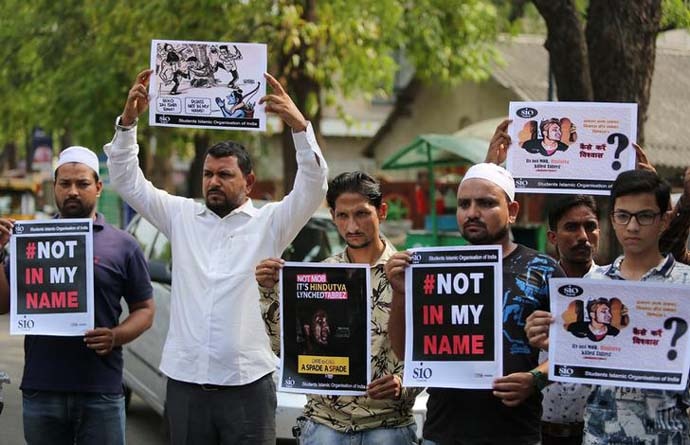 It is in someone's name: The judgment of the Supreme Court has been put aside as hate crimes continue. (Photo: Reuters)

In fact, by such support, the BJP has incentivised hate.

Now, an easy way to gain recognition seems to be by indulging in hate crimes, giving hate speeches and promoting violence. Meanwhile, the Prime Minister tweets on the injuries sustained by cricketers, but remains largely silent on the terror unleashed by the lynch mobs.

This package — of ministers supporting lynchers and the PM remaining silent on the same — is, to my mind, part of a neatly packed game.

The Supreme Court in a landmark judgment in July 2018 took into cognisance the terrible crimes that are being committed through mob violence. In the same judgment, the apex court gave specific direction to all state governments to form nodal officers at district levels and specified co-ordinated effort by district and police administration to prevent attempts of mob lynchings and stringently punish the perpetrators.

However, this landmark judgment is only biting the dust.

Most of the accused in cases of lynching have either been released on bail or never arrested at all. The police, far from showing respect to the judgment, has apparently shown an extremely lackadaisical approach in booking culprits, filing FIRs or pursuing these cases for justice. 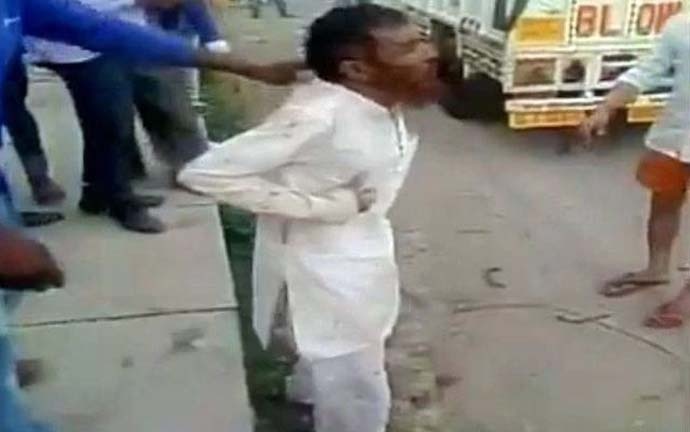 Names change, the victim remains the same — our laws. Our decency. Our sanity. (Photo: Twitter)

Even in cases that created mass outrage and nationwide furore — like the murders of Junaid Khan, Pehlu Khan or Mohammad Akhlaq — the killers were eventually let off because of the poor pursual of the cases by public prosecutors and police. In the end, therefore, it is not individuals like Tabrez but the laws of India that get lynched every time.

As the Opposition parties have pathetically failed to raise their voices, forget about ensuring justice to victims of such relentless mob lynching, conscientious citizens need to fill the void.

If we do not raise our voices and force law-enforcing agencies to respect human lives, we might as well bury our laws too, in a grave next to Tabrez.

Also Read: Lynching versus Love: There is so much more to 'Jai Shri Ram' than forcing a non-Hindu to say it

#Muslims, #Jai shri ram, #Lynching in jharkhand, #Tabrez ansari
The views and opinions expressed in this article are those of the authors and do not necessarily reflect the official policy or position of DailyO.in or the India Today Group. The writers are solely responsible for any claims arising out of the contents of this article.