With L-G resigning, will Kejriwal's 'Jung' for Delhi finally end?

Apparently not, even with the lieutenant-governor calling it a day.

It may be the googly of the day, and it has come from completely unsuspecting quarters. Taking everyone by surprise, Delhi lieutenant-governor Najeeb Jung, a man who became more powerful than the chief minister, Arvind Kejriwal, at least technically and legally, has submitted his resignation to the government of India.

Former L-G Jung has not exactly cited any specific reason for the unexpected move. However, Jung's office communicated to the media that the 65-year-old former IAS officer, has indeed put down his papers. Jung had taken charge as L-G Delhi on July 9, 2013, and had a tenure till 2018.

A press statement released by Raj Niwas, Delhi L-G's official residence, said: "Lt Governor Shri Najeeb Jung has submitted his resignation to the Government of India. He thanks the Hon'ble Prime Minister for all the help and cooperation he received during his tenure as the Lt. Governor of Delhi. Shri Jung also thanks the people of Delhi for all their support and affection, especially during the one year's President Rule in Delhi, when he got unstinted support from them and which in turn helped run the administration in Delhi smoothly and effortlessly. He also thanks the Hon'ble Chief Minister of Delhi for his association in the last two years." Najeeb Jung has resigned as lieutenant-governor of Delhi. [Photo: Agencies]

It is interesting, and not merely protocol, that Jung has thanked both Prime Minister Narendra Modi, almost literally his political patron from May 2014 onwards, and the Delhi chief minister and Aam Aadmi Party leader, Arvind Kejriwal, his bete noire.

Jung had been "interfering", according to AAP members and supporters, in almost every decision that the ruling party in Delhi has been making, resulting in a gridlock that had turned into a complete policy paralysis within the national capital territory. This is in stark contrast with the one-year period of President's rule imposed after Arvind Kejriwal resigned as Delhi CM in December 2013, when Jung presided over Delhi and got enormous support from its people.

However, things quickly changed after Kejriwal-led AAP returned with an unimaginable 67/70 seats in Delhi Assembly elections, a mandate so big that it re-established the democratic hold that Kejriwal had over the people of Delhi. It is only then that Jung, in his capacity as Delhi L-G, started questioning and stalling, and even outright rejecting, proposals and initiatives put forward by the Kejriwal government.

Repeatedly, the AAP members, including a highly vocal and no-holds-barred Arvind Kejriwal, accused Jung of "working against the interests of the Delhi government at the behest of the Centre". Important and populist projects initiatied by the AAP government, such as mohalla clinics, have faced bureaucratic hurdles from the office of L-G Jung.

Commentators on this platform have observed that Najeeb Jung might have been becoming "too big for his boots". It was asked in July this year whether "Najeeb Jung [has] overgrown his post of lieutenant-governor (L-G) of Delhi? It seems so on the basis of his letter to Arvind Kejriwal government of the national capital territory (NCT).

Quoting the May 21 gazette notification of the Union home ministry, his office has stated that "government" means the "lieutenant- governor of the national capital territory of Delhi" appointed by the President under Article 239 and designated as such under Article 239AA of the Constitution. In a letter written to chief minister Arvind Kejriwal's office, the L-G's office termed the appointment of Delhi Commission for Women (DCW) chief Swati Maliwal as "ultra vires" and "infructuous"."

Also: "One needs to ask Jung that if "government" means the L-G of NCT of Delhi, what can the elected government of Delhi mean to anybody? Elected governments are always given priority over the nominated or selected posts in matters of governance, legislating laws and framing of rules. Delhi may not be a full-fledged state, but it does have an assembly, a speaker, a chief minister, council of ministers and MLAs." 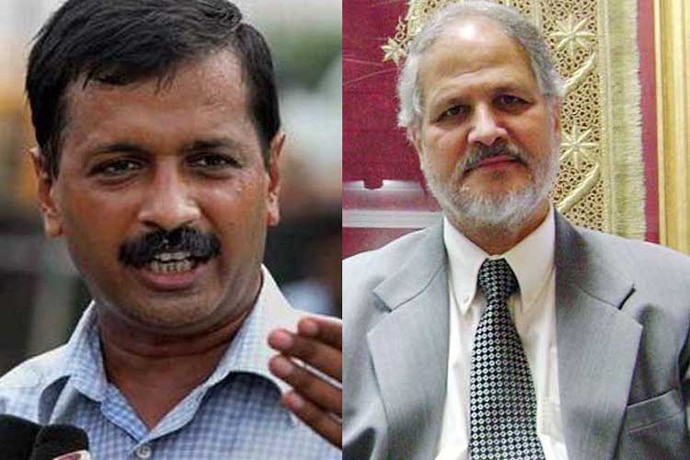 Battle between CM Arvind Kejriwal and (former) L-G Jung has been a bitter and prolonged one. [Photo: Agencies]

The tussle took a major turn when on August 4 this year,the Delhi HC stamped the office of the L-G with bureaucratic powers overriding the Delhi Assembly and the ruling governemnt in matters of city administration. This proved to be a dampener for the efforts of CM Kejriwal to push for issues like full statehood for Delhi, bringing law and order, particularly Delhi police, under state administration, and he shifted his attention to upcoming Assembly elections in states like Punjab and Goa.

Of course, the Delhi HC verdict has been coloured by the Supreme Court observation that the Delhi government must have powrs to function smoothly, as per appeal of the AAP government against the Delhi HC judgement.

Eminent lawyer Rajeev Dhawan had asked in his DailyO column, whether Jung wanted to impose an Emergency in Delhi. He had said, "The people of Delhi did not elect lieutenant-governor Najeeb Jung to represent them. Jung's role with the AAP government, with a mandate of 67 out of 70 Assembly seats, is to embarrass, restrict and oppose. Delhi is a hybrid - still a UT but a full democracy with some federal restraints." 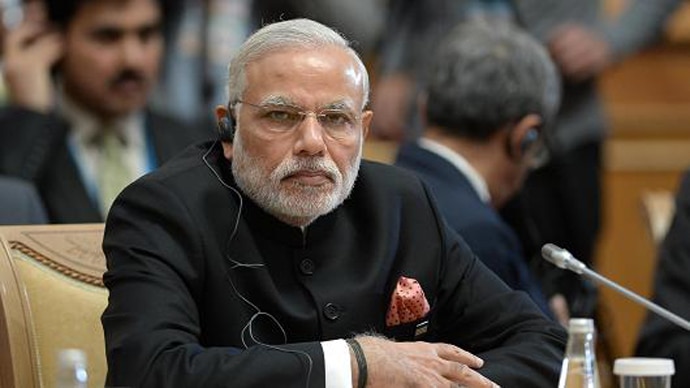 Jung has 'thanked' Prime Minister Narendra Modi for his 'cooperation' during the former's stint as Delhi L-G. [Photo: Agencies]

Jung had served as an IAS officer in the Madhya Pradesh cadre, and then had moved to the petroleum gas sector, where he rose to the level of joint secretary. After retiring from governemnt service in 1995, Jung dabbled with the private sector and was associated with Reliance's research foundation. He held the post of the vice-chancellor of Jamia Millia Islamia (university) from 2009-13, when he was picked to be the L-G of Delhi by the UPA government at the Centre.

"Jung would be returning back to his first love, which is, academics," his office said. We wonder if that would mean a plum university post, given HRD is a site of contention in the Indian national politics. However, it can said that between Jung and Kejriwal, the protracted and bitter round one for the soul of Delhi has been won by the Delhi CM, although inadvertently.

However, the moot question is: Who is going to be the next L-G of Delhi?

An interesting and anonymous prediction on Twitter says it might be, lo behold, Kiran Bedi, the BJP CM candidate whom Kejriwla defeated with a thundering mandate in February 2015.

Jung sahib term is going to end nxt year & we need iron lady like @thekiranbedi to handle Kejriwal. Pls use this 1 yr as training period.