Infosys co-founder's latest statement is akin to suggesting Indians can sell someone else’s kidney without the person's consent or knowledge.

Speaking at first #Future conference, organised by the Kerala government to promote the state among IT companies and entrepreneurs, Nandan Nilekani - the co-founder of Infosys and the former chairman of the Unique Identification Authority of India - said that Aadhaar is generating data that Indians will be able to sell or barter for benefits.

He also said that selling their own data can help poor Indians improve their lives and small businesses get better access to credit. He added that the idea is to create "data empowerment architecture" through a "fundamental digital infrastructure" that comprises a digital ID number, a device to communicate/mobile phone and a bank account.

Many of the above statements seem like the statements which were spread in the support of demonetisation. No rational argument was given to substantiate the claims; they were uttered to sell an idea to an already misinformed public. 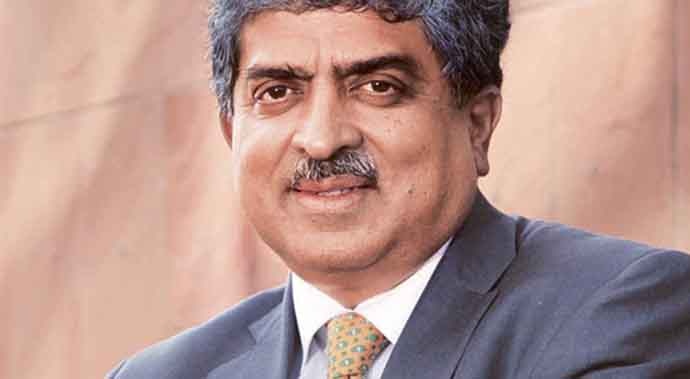 We know that Nandan Nilekani is part of the globalist "data is the new oil" brigade - a group of elite bankers, corporate heads, think-tanks and politicians  - that is manufacturing consent in favour of draconian technocratic totalitarian systems, which disempower citizenry by robbing them off privacy, consent and freedom, and makes them vulnerable to be exploited by vulture corporations, state machinery and intelligence agencies.

The recent Cambridge Analytica-Facebook scandal only proved that how data can be used with the goal to manipulate human behaviour and influence thinking, for a particular desired outcome.

We also know that WikiLeaks indicated by quoting a report by GreatGameIndiaNews (GGI news) that the CIA may have access to Aadhaar data.

Edward Snowden tweeted on January 9: "The journalists exposing the #Aadhaar breach deserve an award, not an investigation. If the government were truly concerned for justice, they would be reforming the policies that destroyed the privacy of a billion Indians."

Enough alarms have gone off and many credible people have spoken out, but the Indian government is obstinately pushing Aadhaar down the throats of the unwilling citizens.

Any government that cares for its citizens would have immediately stalled any system that might compromise the personal data of its people to a foreign intelligence agency. But our "nationalist" government thinks otherwise.

The only hope of relief and justice lies with the Supreme Court. Serious debates about the constitutional legality about Aadhaar are happening at the Supreme Court presently, and activists are demanding complete scrapping of Aadhaar, and the collected data to be destroyed.

We will know about the Supreme Court’s decisions in lieu of the multiple petitions sometime this year. But we already know what Nilekani is thinking.

He accepts that Aadhaar is a data collection tool that harvests the lives of people. He reveals the totalitarian - Big brother is watching you - goal is to have a "seamless integration of data" collected from mobile phone use (including social media, Google, Amazon, YouTube etc), Aadhaar ID (quoted to avail rights, services and benefits) and banking (including usage of credit and debit card).

All the data collected from the three sources will be centralised where the state, intelligence agencies and private players will have access to the data and do whatever they want with it. Thereby, make citizenry extremely vulnerable to potential malpractice, abuse, Orwellian control and exploitation.

Such a 24x7 system gives too much power to the state/politicians in power and the private players over the citizens. That’s why, Aadhaar, fundamentally is a dream of the fascists and a nightmare of the democrats.

The fact that such a totalitarian system can sprout in democratic nations only points to the close collusion of money and power, coming together, to generate more money and power.

Nilekani’s "neoliberal rational" dehumanises people as a state-owned "commodity" and suggests that a human being is nothing more than an "economic entity".

Such preposterous ideas should institutionalise people to a correctional facility. But poster boys of sociopathic ideas are part of the establishment nowadays.

One cannot expect a self-interested material technocrat like Nilekani to understand the crucial abstractions like freedom and liberty. But when the government washes away its moral authority and forgets the abstract higher ideals on which a nation is based, then it signals an era of democratic fascism and totalitarian control where citizens - and even their data - are harvested for corporate profit.

Nilekani’s assertion that Aadhaar is generating data that Indians will be able to sell or barter for benefits and profits is nothing, but an enormous deception. Because, we ourselves don’t own or control the data we generate. Will UIDAI hand over the data it has collected of a particular citizen? Will a pen drive of all the data of a particular time period be handed over to a citizen? The answer is no.

A person in need can sell his or her own kidney, but he or she cannot sell his or her data. The data belongs to the UIDAI - along with private players like corporations, and even intelligent agencies - who can process and sell the data to anyone they wish.

So what is Nilekani saying is akin to this: Indians - via private players- can sell someone else’s kidney for profit. The consent and knowledge of the person who has the kidney doesn’t matter.

The situation is even graver when the government has enacted a law where any complaint against the UIDAI will have to be forwarded to the UIDAI. No FIRs can be filed.

So, UIDAI is an extra-constitutional entity that doesn’t come under the purview of Indian law. How more totalitarian can this Aadhaar nightmare be?

Dystopia is already here: a world of digital slavery where data is the new prison, and UIDAI, the judge, the jury, the jailor and the executioner.

Also read: Why India is far from being tuberculosis free by 2025

#UIDAI, #Biometric data, #Aadhaar, #Nandan Nilekani
The views and opinions expressed in this article are those of the authors and do not necessarily reflect the official policy or position of DailyO.in or the India Today Group. The writers are solely responsible for any claims arising out of the contents of this article.