The silver lining for Modi comes in two shades of grey — one of which is Rahul Gandhi.

The swagger is gone. The gait is slower, more forced. The confident glint in the eyes has been replaced by a look of tired resignation.

Has Modi seen the future? 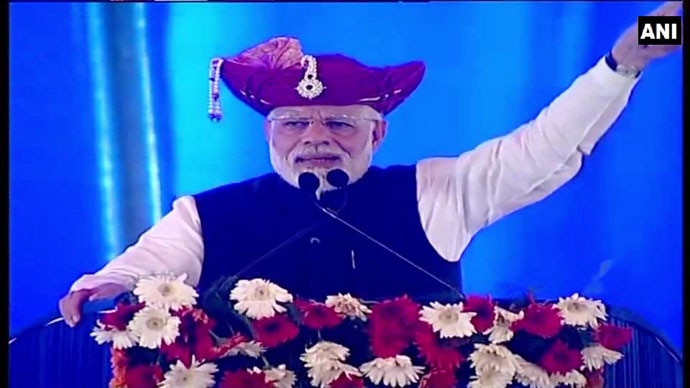 The change is most noticeable in PM Modi's body language — the forced energy, the tired eyes. (Photo: ANI)

When the coalition math turns against you, politicians turn to chemistry. Modi still commands popularity among a broad swathe of the electorate. But at 68, he faces a vibrant new generation of voters. Many were barely 13 years old when Modi launched his electrifying campaign in 2014. They will be part of nearly 100 million first-time voters who were between the age of 13 and 17 in May 2014.

They represent an interesting, if unpredictable, new demographic.

Modi may have lost some of his fabled charisma, but he hasn’t shed an iota of his shrewdness. The flurry of three meetings with Bollywood’s superstars, including the selfie-rich one with the youth brigade, was aimed at connecting with this new demographic.

The young should be a natural constituency for Congress president Rahul Gandhi. Yet, at a recent youth conclave, when the twenty-something audience was asked whether they would like Rahul as prime minister, a defeaning silence filled the room.

But back to Modi. Why has the Modi wave ebbed? There are several inflection points. Five stand out.

Losing the TDP was an early warning sign. The Modi-Shah think-tank might regard Chandrababu Naidu as a spent force and are placing their bets on Jaganmohan Reddy’s YSRCP in Andhra Pradesh. But the signal Naidu’s walk-out from the NDA sent was damaging.

The loss of small allies in Bihar and Tamil Nadu, the estrangement with the Shiv Sena, and the gradual drift of allies from other states will shrink the NDA — just when forging alliances to counter the Opposition mahagathbandhan is critical.

Modi last week belatedly said he welcomes alliance partners — only to be snubbed by Tamil Nadu’s DMK and AIADMK. After over four and a half years of not holding NDA meetings, a charm offensive in the next three months will not mollify alliance partners.

The second sign of danger for the BJP in 2019 is the storm building in the northeast. Ire over the Citizenship Bill in Assam could hit the BJP hard. (Photo: PTI)

The Citizenship (Amendment) Bill has already led to NDA ally AGP walking out of the Assam government. Other northeastern states are in ferment. The BJP’s northeast thrust has not only been blunted, but the dream of winning extra Lok Sabha seats from the northeastern states, which account for 24 Parliamentary seats, may evaporate.

It is the price the BJP seems willing to pay in order to place religion above language, by allowing Bengali-speaking Hindu (but not Muslim) migrants from Bangladesh, Pakistan and Afghanistan to gain citizenship.

In a third electoral misstep, the Modi government is losing the perception battle.

Modi has worked hard to transform India: sanitation, rural electrification, infrastructure, housing, health insurance, the bankruptcy code, digital-delivered subsidies and financial inclusion, among other innovations. These are real achievements — but they have been inadequately highlighted.

The BJP’s communications machinery remains defensive, reactive and weighed down by grievance-filled angst. The Wembley-like events, where Modi would get the adulation of a rockstar, have all but disappeared. (Photo: Reuters)

The fourth mistake Modi has made is denying access.

Five years ago, Modi revelled in Madison Square Garden-type public events, soaking up the adulation. Those public extravaganzas have all but disappeared. The fist-pumping Modi at Wembley, accompanied by a slightly bemused David Cameron, the former British Prime Minister, the drum-playing Modi in Japan, the smiling Modi seated on a jhoola in Ahmedabad next to Chinese President Xi Jinping, while his glamorous singer-wife Peng Liyuan looked indulgently on, have faded from memory.

What remains is a grim-faced Modi — seemingly isolated behind a wall of inscrutable loyalists. The durbar of the Sonia Gandhi UPA era may have been disbanded but the unilateralism of decision making remains intact today.

The fifth error Modi has made is not promoting merit across academia, institutions, and even the cabinet.

The talent deficit tells on governance, on the lack of structural economic reforms, and on the government’s inability to create enough jobs for a surging youthful population.

The Modi government’s failure to conclude serial scam cases of the UPA decade has disappointed and alienated the BJP’s core base. It could prove electorally costly.

We are therefore heading for a classic hung assembly election.

The BJP, bereft of significant allies bar the JD(U), faces a lethal combination of anti-incumbency and a united Opposition. That could lead to larger than expected losses in Uttar Pradesh, where the ruling party, confronted by an SP-BSP-RLD alliance, is likely to lose half the 71 seats it won in 2014.

But the meltdown could extend beyond Uttar Pradesh. States like Rajasthan, Madhya Pradesh and Chhattisgarh gave the BJP 62 out of a possible 65 Lok Sabha seats in 2014. Those three fortresses are now under siege.

If the BJP ends up with less than 180 seats in 2019, Modi will opt to sit in the Opposition. He simply doesn’t have enough allies to stitch together a majority government.

As the single largest party, will President Ram Nath Kovind first call upon the BJP to stake claim to form a government? Not if a pre-poll mahagathbandhan controls more seats. Will an alternative BJP leader like Nitin Gadkari, an RSS favourite, be shipped in to replace Modi to attract new allies? The chances of that are between negligible and zero. So, who will be the new Deve Gowda this time? (Photo: PTI/file)

The 2019 Lok Sabha election will resemble neither 2004 (when the Congress with 145 seats sneaked into power with Left support), nor 1991 (when Narasimha Rao ran a minority Congress government for five years with just over 250 seats), but likely be a redux of 1996 (when the Congress supported from outside an early experiment of a United Front mahagathbandhan led by Deve Gowda as prime minister for 11 months and IK Gujral for ten months).

The 2019 version of a mahagathbandhan supported by the Congress will, like Deve Gowda and Gujral, run a chaotic, unstable government.

The silver lining for Modi comes in two shades of grey.

First, Rahul Gandhi’s attacks on Modi have so obsessed the Congress president that he hasn’t thought through alternative economic and social policies to present to the electorate. The Congress will find it difficult to win more than 100 seats, making a 2004 redux impossible. 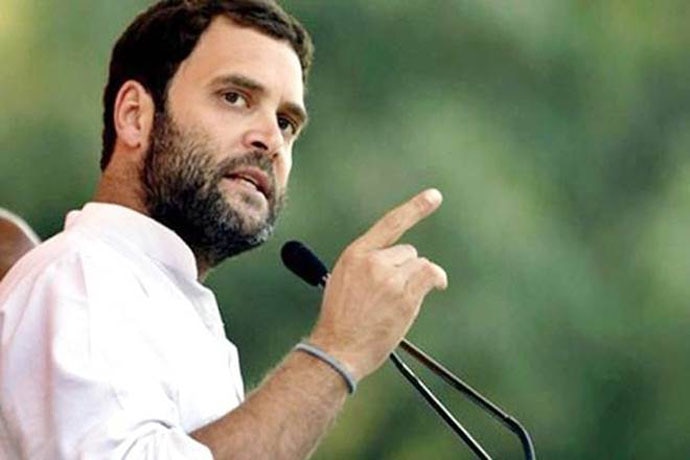 'Rahul Gandhi 2.0' might still not be enough for 'PM Rahul Gandhi'. (Photo: PTI/file)

The triumvirate of Mayawati, Akhilesh Yadav and Mamata Banerjee, with around the same number of seats between them as the Congress, will not readily accept his leadership. Gandhi will therefore be forced to accept the unsuccessful 1996 mahagathbandhan formula, with a Mayawati or Mamata as Prime Minister in place of Deve Gowda in the earlier experiment.

That may suit Gandhi — his greater aim is to hurt Modi and ensure that he doesn’t get a second term. The AgustaWestland and National Herald cases (he is on bail in the latter) present a real danger to the Gandhis if Modi gets five more years.

Modi will meanwhile have plenty of time as Leader of Opposition to ponder the reasons he lost his way — in the labyrinthic corridors of a Delhi he couldn’t tame.

Also read: Kolkata rally: A statement of intent. But also, a picture of faultlines

#BJP, #Rahul Gandhi, #2019 general elections, #Narendra Modi
The views and opinions expressed in this article are those of the authors and do not necessarily reflect the official policy or position of DailyO.in or the India Today Group. The writers are solely responsible for any claims arising out of the contents of this article.