What happens when our leaders fail us

Scarcity of visionary leadership capable of taking sound decisions is leading to growing frustration and restlessness among people.

India, like many other countries in the world, finds itself in an unsettling era. Our politics is transitioning through a turbulent phase; our economy continues to be on a bumpy ride; technological changes around us are occurring at a speed making our heads spin. The future often seems distressingly unpredictable. So much is beyond our control and so much we need to keep pace with.

While acknowledging the power of unknown and chance events, most of us, as ordinary mortals, expect our leaders to successfully navigate the current environment that is far more complex and unpredictable than in the past. Traditional leadership qualities that previously propelled success can no longer guarantee a leader his top seat for long. To take the nation, or for that matter even an organisation, to newer heights and retain his leadership position, the leader today must possess a very different set of decision-making skills.

It won’t be an exaggeration to say that globally now there is an acute shortage of new-age leaders. The multibillion dollar “leadership industry” is in deep crisis. It is difficult to disagree with Stanford University’s Jeffrey Pfeffer when he writes, “the quality of our leaders in corporate America won’t change until we start evaluating them and our leadership development practices with a more clinical eye” (Leadership BS: Fixing Workplaces and Careers One Truth at a Time). The observation is certainly valid for every nation and not only for corporate America.

Scarcity of visionary leadership capable of taking sound decisions is leading to growing frustration and restlessness among people. Disruptions caused by the ongoing technological revolution, on one hand and dearth of good leaders with foresight, on the other are resulting in huge leadership vacuum everywhere. Often, the vacuum is getting filled by leaders, who, instead of leading us to a prosperous future are only making a muddy situation muddier. Unlike visionary leaders who are capable of making sound decisions, these mavericks are catapulted to the top seats for a very different kind of talent. Ability to give rabblerousing speech and provide simple, but highly toxic, solutions to complex problems, are some of their “unique selling proposition”.

In times of high uncertainty and public anxiety caused by jobless growth and high economic inequality, leaders who are capable of playing with basic human emotions like fear, anger and frustration can always enjoy temporary advantage over their more moderate or visionary rivals. Jokes about opponent’s physical inadequacies (or, boasting about one’s own masculinity), which in normal times would have invited public scorn, can now do wonders. Remember, the little Marco jibe during the US primaries or the 56inch chest brag during the Indian elections?

It would be logical to anticipate more toxic leaders occupying powerful positions in the coming days in many countries as life-shattering socio-economic impact of disruptive technologies continues to grow unabated leading to more political turmoil. In this process fringe has now become mainstream; abnormal is treated as normal. This is the new normal of our time.

Despite a distressing prospect, at least in the short-term, it would be a mistake to look at the future only as a gloom and doom scenario. People can certainly expect arrival of new-age leaders – as it happened many a time in the past, particularly in the troubled phases of history – who would understand how to use the changing aspirations and energy of public for making superior decisions.

Creation of tremendously powerful decision-making tools is one of the most fascinating aspects of the current technological revolution. Using big data technology, say, a leader can now quickly assess the early signals of the changing mood of people and take appropriate decisions for its constructive channelisation.

The technology certainly has moved much beyond its London Olympics days, when every evening the London Eye on the Thames could reflect the mood of the Londoners by processing Twitter generated data alone. Today, it can process humongous amount of data, both structured and unstructured (generated through explosively growing Internet of Things, plethora of social networking sites and other sources), on real time basis and provide leaders deep insight into any situation. This helps them taking high quality decisions.

Analytics and gut-feel: not either or, but both

While acknowledging the tremendous advancement of data analytics, paradoxically, the critical importance of intuition or gut-feel of a leader in making good decisions has also increased, not diminished. When the rate of knowledge obsolescence is very high, time for taking a decision is always very short; a leader has to make quick decisions.

Unlike a rabble-rouser whose basic instincts motivate him/her to exploit anger, anxiety and frustration in a fluid situation for immediate political gain, a visionary leader while making decisions in a fast-changing environment is able to align his/her eyes and ears with numbers; heart with analytics; left brain with right brain. Particularly, in countries like India where taboos, superstitions and macabre beliefs are still the guiding force for a huge section of the population, any failure to combine intuition with hard data can be suicidal.

The decision to demonetise

Let us look at two major decisions from our recent past to understand the decision-making style of our two leaders involved in those decisions: 1) demonetisation of high value currency notes, 2) introduction of the odd-even formula in Delhi.

Intuitively many people felt about demonetisation as a very good and gutsy decision. From Bollywood to Ramdev, didn’t we always get kicked by the idea of recovering ill-gotten money stashed under the mattresses? Thus, it was not surprising that the decision to demonetise paid rich dividend to the ruling party in the subsequent state elections.

From all available information, possibly we could say with reasonable certainty that demonetisation was mainly a gut-feel based decision. The analytics part, if any, behind this decision is missing and the jury is still out on the long-term impact of the decision. With today’s level of technology, such gross disregard for analytics – and that also in an area where structured data is so readily available – cannot be justified by any means.

The odd-even formula (discussed earlier on this blog), has clearly exposed Kejriwal’s inability to take innovative and gutsy decisions, for giving a fundamentally new direction to our governance system. Such directions are badly needed for leveraging the forces unleashed by the IV industrial revolution. 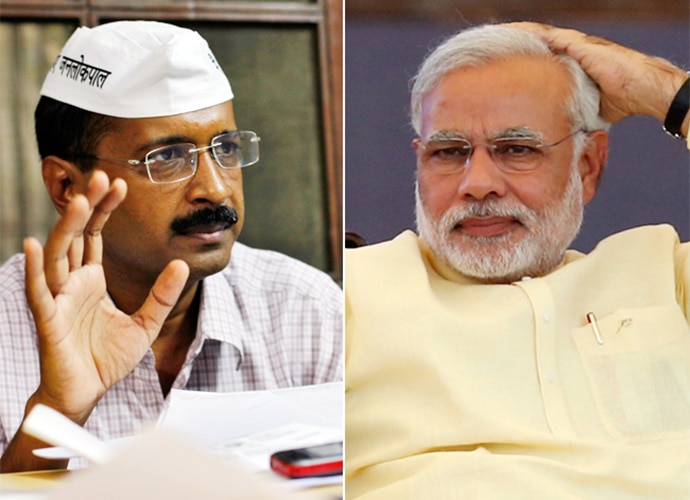 With proper analysis of the already available data probably it was not very difficult for the Kejriwal Government to assess the impact of the odd-even formula before its implementation. Using big data, the government even could have gone one step ahead and tried to take on-the-spot location-specific decisions. But, even with the use of most sophisticated analytics, it was not difficult to visualise the limitations of odd-even formula for addressing the pollution problem on a long-term basis.

While using analytics to understand the existing situation, Kejriwal, using his intuitive power and imagination could have gone for some very bold and innovative measures to address the problem holistically going outside the narrow framework of the transportation sector.

Intuitively, it is not difficult to realise that by making daily trips to our offices, schools, hospitals and other organisations by employees, students, doctors and other stakeholders unnecessary, we can address the pollution problem in a much more far-reaching way. But, this requires willingness to experiment with newer operational models and make our public institutions function in a very different way.

Kejriwal could have asked a simple question: was it really necessary to undertake the routine trips everyday by his staff for effective functioning of his offices, schools or hospitals? By asking such questions he could have even motivated both Modi and Yogi to think differently to improve the efficiency of organisations coming under their jurisdiction. It seems the current focus of both the PM and the CM of UP is on maintaining the outdated concept of rigid office timing and meaningless discipline, instead of experimenting with newer governance models.

Analytics can help only to a certain extent for taking gutsy decisions to change existing organisational models of our public institutions. Remember, these institutions are functioning for decades, if not centuries, in a particular mode and they have very high organisational rigidities.

Kejriwal can never have enough data and analytics to justify his any game-changing experiment to transform the age-old operational models of his institutions. Also, the risk of failure in any such experiment will always be very high, as evident from the recent failure of the multibillion-dollar experiment conducted by the M D Anderson Cancer Center of Texas University where they tried to outsource cancer care to artificial intelligence. But, such a “failure” is never a failure in its traditional sense because of the knowledge capital it generates for future innovations.

Considering the dynamics of the current industrial revolution, not conducting bold experiments – by combining data and intuition – to control pollution was never an option anymore.

Post your comment
#Leadership, #Arvind Kejriwal, #Narendra Modi
The views and opinions expressed in this article are those of the authors and do not necessarily reflect the official policy or position of DailyO.in or the India Today Group. The writers are solely responsible for any claims arising out of the contents of this article.