Even over Balakot, direct bank transfers are paving the way for PM Modi's return to power

Effective monitoring of delivery of welfare schemes, with the help of geo-tagged pictures and Aadhhar data, could propel the BJP back to power.

If Prime Minister Narendra Modi comes back to power on May 23, which of the two factors would have played a bigger role — the Balakot air-strike against Pakistan or the payment of money under various schemes to citizens from the government directly into their bank accounts through Direct Benefit Transfer (DBT), besides the effective monitoring of delivery of welfare schemes with the help of geo-tagged pictures of the beneficiaries? 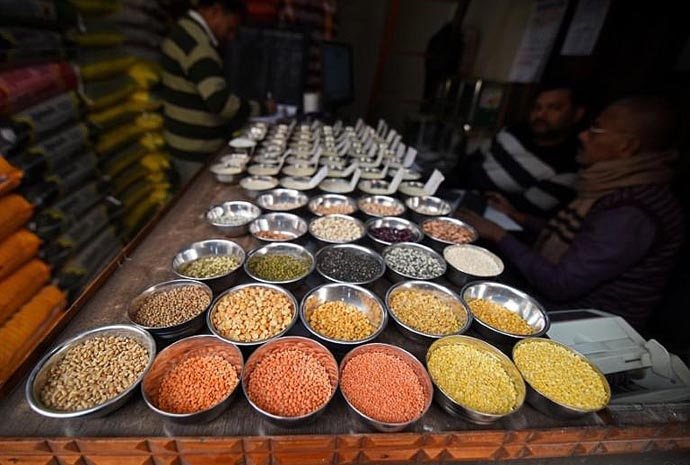 Most would believe Balakot to be a bigger factor. But a close scrutiny reveals an equally important factor could be the other two good governance measures which have made the Modi government popular among the common masses.

DBT as a tool to remove middlemen from obstructing the delivery of money and schemes to citizens was mooted by the United Progressive Alliance (UPA) government in 2013-2014 —  however, it was the Modi government which made it a powerful weapon to sweep aside middlemen from the delivery path by opening over 32 crore bank accounts under the Jan Dhan scheme of financial inclusion.

Without bank accounts, Jan Dhan was just not possible. As much as 58% of India's population was outside the banking structure when Modi came to power. Today, it has reached almost 100%.

When Modi came to the PMO, DBT was applicable to just 27-odd schemes and only around three crore people were being covered under it. But today, payment through DBT is being made in 439 schemes — a 15-fold rise — and a mindboggling 55 crore individuals are receiving payments through DBT in various schemes and programmes, apart from their government pensions — which, in effect, covers the country’s entire population if one considers their families also as beneficiaries. 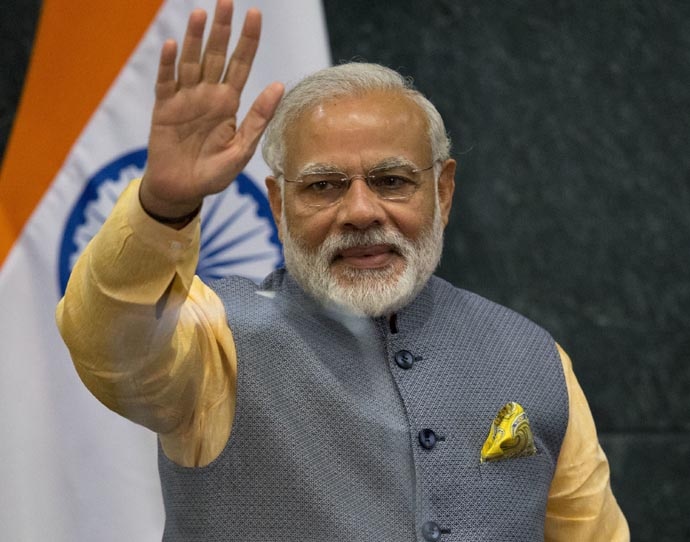 The other clincher for the BJP is the innovation in monitoring implementation of government schemes through geo-tagged pictures — photos taken by mobile phone cameras — by lower-level government employees implementing the schemes. A geo-tagged picture virtually nullifies the possibility of any manipulation in delivery of schemes by lower-level personnel implementing these on the ground as it shows the photo of the beneficiary —  and the date, time and place of the photo.

2. DBT has saved crores for the nation by wiping out ghost beneficiaries

This has made the biggest difference to the last-mile delivery of schemes such as the PM’s housing schemes for the homeless, under which the government has ensured 1.50 crore homes for the rural and urban poor. Picture geo-tagging as a tool was devised by Prime Minister Narendra Modi himself and is seen as a great innovation in monitoring.

Nilesh Valmiki, a scheduled caste taxi driver in Mumbai, a native of Telangana, said: “This online payment (DBT) has made a world of difference to common people. Earlier, when we went to get the cheque against the money or benefit due to us from the government, the clerks making the payment would often ask for bribes which sometimes ran even up to 20% of the total amount due.”

Significantly, an increase in the payment for people through DBT became possible only because of Prime Minister Narendra Modi’s Jan Dhan scheme launched in 2014 — under the scheme, the government has opened over 32 crore bank accounts in the name of account-less, mostly poor, people.

Rajvir Singh, another taxi driver in Delhi, originally from Himachal Pradesh. His brother has built a house for his family with the money from the PM Rural Housing Scheme, appreciates the geo-tagging of pictures as a monitoring tool.

Three pictures of Rajvir Singh's brother were taken of him with the house by those who were monitoring the construction of the house with government money — one picture of him with the land on which he was going to build the house, another when the house construction came to the plinth level, and finally, one picture with the completed house. These three photos were then put as soon as they were taken on the Gramin Awaas App, which tracks the implementation of the rural housing scheme. 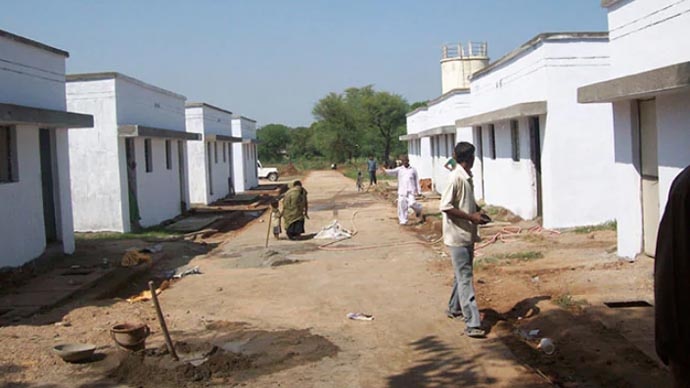 The geo-tagging of pictures has worked well for the PM Rural Housing Scheme. (Source: gujarat.gov.in)

Geo-tagging and other transparency-aiding measures in the PM Gramin Awas Yojana have made it possible to track the actual housing beneficiaries in any part of the country with just a few clicks on a computer — on the seventh click, one comes across the actual beneficiary with his/her photo and house, whether the area is the far-flung Andaman and Nicobar Islands or an equally distant Ladakh.

Bhupendra Yadav, BJP general secretary who has studied Modi’s schemes and policies, says, “These two measures have left a lasting impact on the people as they feel there is transparency till the grassroots level. And the transparency in last-mile delivery of various schemes that DBT and geo-tagging pics have brought are two major points of our campaign at the booth level.”

In fact, the BJP has acquired the date of the beneficiaries from the Modi government and entered it into the party’s database so that the actual beneficiaries are tracked and convinced about the BJP’s success in good governance and concern for the poor and the common people.

Says an economist associated with the PMO: “DBT and Geo-tagging are part of the biggest ever exercise in India’s fight against poverty. The last mile delivery of Government schemes was never above 50 per cent in the country. The Modi Government has taken it above 80% and in some cases like the housing scheme above 90%. This is a great performance and shows the Prime Minister’s vision as well as his commitment as an administrator”.

3. Modi govt has changed the paradigm of governance

The biggest thing that DBT, which is again based on Aadhaar card identity verification, has done is that it has wiped out fake and ghost claimants, who were pocketing government money by manipulating documents to pose as claimants. The number of such fake and ghost claimants and beneficiaries across a series of schemes ran into lakhs — but they were wiped out in one stroke with the help of Aadhar identification. This includes a host of schemes like pensions for the old-aged, widows and the disabled, MGNREGA payments, PAHAL (LPG subsidy) and scholarships.

Under MNREGA, savings on such accounts is reportedly almost 10% of the total money disbursed while the number of duplicate, fake of ineligible claimants was reportedly over four lakh each in PAHAL and pension schemes and apparently over seven lakh in various scholarships and fellowships.

The total money disbursed to citizens through DBT is nearly Rs 7 lakh crore in the past five years. The wiping out of fake claimants also sent a strong message to middlemen and corrupt officials to get their act together — much to the liking of actual beneficiaries. 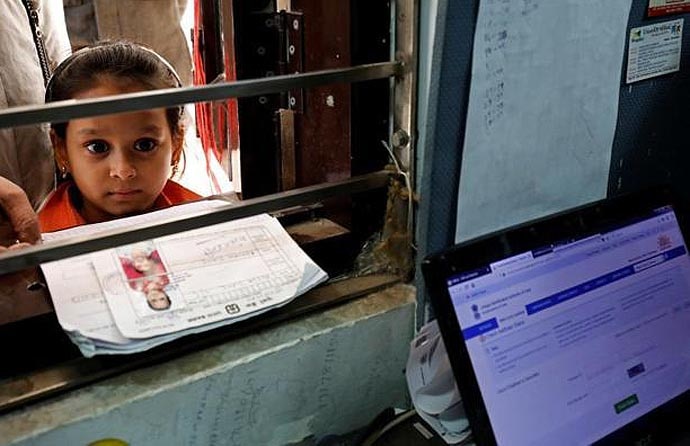 The DBT scheme is based on Aadhaar data. (Source: Reuters)

Economist Surjit Bhalla has said: “By effectively using DBT and mooting the concept of geo-tagged picture monitoring of schemes, PM Modi has changed the paradigm of governance.”

4. There are pitfalls — but also their solutions

The payment under DBT is under two different modes. One, where direct money due to the beneficiary — like in the case of a pension — is paid in his/her account, while in the second mode, which is called ‘in-kind’, the beneficiary gets subsidy amount in their account while s/he has to buy the commodity by making the full payment, like in the case of the cooking gas kit under the subsidised Ujjwala scheme.

But there is a third mode which is called the composite mode which covers both cash and in-kind schemes. DBT under cash covers 300 schemes at the moment while in-kind covers 71. On the other hand, under composite schemes, the number is 75.

According to Harinesh Pandya, secretary of Janpath, an Ahmedabad-based federation of 225 voluntary organisations, working for rural development in diverse areas, the massive spread of DBT has indeed struck a chord with the people in the rural areas because people just can’t believe that they are getting money in their bank accounts — without having to pay any bribes to secure the payment like before.

However, he says while the DBT is almost fool-proof in urban areas, in rural areas, there is still a 10 to 15% manipulation where sarpanchs or village leaders take a part of the payment due to illiterate and thereby helpless people, by keeping their cashbooks and getting the payment on their (beneficiary’s) signatures.

Pandya, who has inspired many voluntary organisations, says: “A way to make this system totally fool-proof is enacting a strong anti-corruption law to punish manipulators. The second step is introducing biometric systems at points of actual delivery.”

Clearly, DBT and geo-tagging could be vote clinchers for the BJP — and could propel the party to power.

#Lok Sabha elections 2019, #Welfare schemes, #Direct benefit transfer, #Narendra Modi
The views and opinions expressed in this article are those of the authors and do not necessarily reflect the official policy or position of DailyO.in or the India Today Group. The writers are solely responsible for any claims arising out of the contents of this article.