Modi’s foreign policy: Look beyond ‘travel bills’, the PM did some excellent work

The world has changed, and so has India. Modi, who started his international outings almost as a pariah, has both understood and strategically underlined these truths.

Prime Minister Narendra Modi’s foreign travels have been the subject of much derision as well as heartburn. And, like everything else about Modi’s five-year tenure, there is no balanced scorecard for his foreign policy track record.

Of course, there is a long list of perceived failures and faux pas. Equally, Modi has boasted of raising India’s stature on the global stage and the value of the Indian passport at foreign immigration checks.

But there has been little objective assessment.

This is hardly surprising. 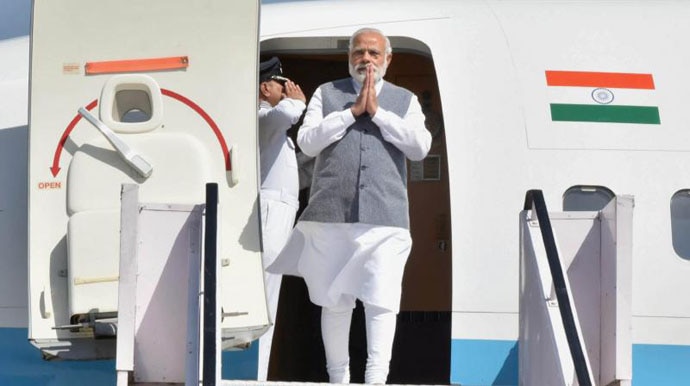 The Prime Minister's frequent foreign travels have been the subject of much debate. (Photo: PTI/file)

Our foreign policy commentariat is dominated by retired mandarins of the erstwhile establishment and analysts of the post-Cold War era, who were highly influenced by the American narrative in a unipolar world. Even the turmoil in the Middle East and the rise of Islamic terror were seen largely through spectacles borrowed from Uncle Sam. Though China’s rise was imminent, it was seen more in terms of economic power — Xi had not assumed the proportions of an Asian Goliath. The insidious potential of Putin’s Russia was not realised until Trump’s election.

If Narendra Modi came to Lutyens’ Delhi and Raisina Hill as an outsider, he arrived on the international geopolitical arena almost as a pariah.

Let us not forget that he was rendered a virtual persona non-grata in the global community — and not just in the US, which had blacklisted him for a visa — by the sustained campaign of calumny by the Left and the ‘Left liberal champions’ of human rights.

Modi, therefore, had a task at hand to quickly establish his credentials with world leaders and build confidence that they could do business with him.

Undeniably, in international diplomacy, personal chemistry matters. That cannot be paid by Mastercard.

So, it is a fairly futile exercise to measure the worth of Modi’s foreign jaunts through RTI queries about his travel bills.

Narendra Modi has been the object of much mocking for serenading Xi Jinping by the Sabarmati even as Chinese soldiers were apparently pounding pellets on the border. But the counter-factual question is not asked — would the PLA have exercised greater restraint had Modi not invited Xi to India? Or, could Doklam have been averted or resolved more amicably if Modi did not have a personal acquaintance with the Chinese President? 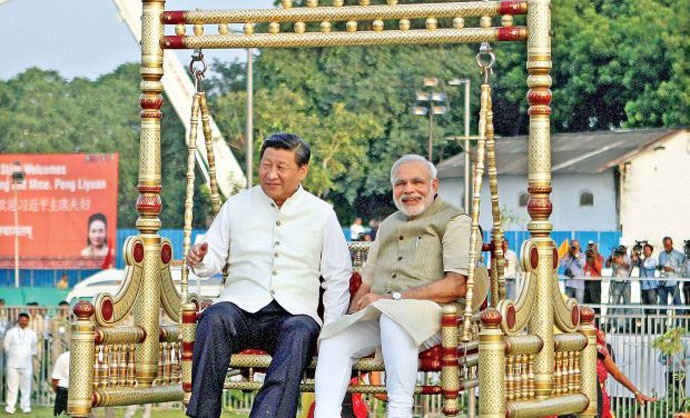 Had this not happened, could Doklam have swung the other way? (Photo: PTI/file)

Both China and India had messages for each other that were sent and received. Each of them knew what lessons to take out of it. If China’s intention was to show its muscles, it also realised that India was not a push-over any longer for a 1962 redux.

Of course, Modi’s foreign policy or his handling of foreign affairs was not flawless. No one’s is — as successive American Presidents have repeatedly demonstrated from Vietnam to Afghanistan. It probably had more misses than hits — though this writer is inclined to give him credit for more aces.

The jury is out on that, and only posterity will tell if he erred chronically or got a few things right. But all actions will have to be judged in the backdrop of a context.

The world in 2018 is not the same as it was even in 2013. There was no Trump then. Xi and Putin were not a shadow of their present self. As the new cold war — or the colder war with three superpowers — heats up, to use a contradictory metaphor, strategies have to be reinvented. Old templates won’t work anymore. It is only now that these issues are beginning to be addressed, in fora like the currently ongoing Raisina Dialogues, and new scripts are being written.

It would be unrealistic to expect India will hold the same sway over its South Asian neighbours as before. In Nepal, irrespective of who is in power — Oli or Prachanda — it would be wishful thinking to believe that the country will forever remain beholden to its big brother from the South and shun the Dragon of the North. In navigating, course corrections will have to be made and mistakes will happen. No strategy can be foolproof. But the final test will be on where we land eventually.

At present, we have only some lead-and-lag indicators, or tea leaves, to read.

The purpose of this piece is neither to present a report card of Modi’s foreign policy performance, nor put up a defence for him. There are enough experts to praise or 'diss' him equally. But, on an overall appraisal, it would be unfair to say that he did poorly for a first-time Prime Minister, starting with a huge handicap both at home and abroad.

Thus, in balance, at the end of five years, Modi can claim with some modesty that he has put the country in a pretty good place on the world stage.

Talking of South Asia first – relations are as stable as they can be. The Maldives has been retrieved, the crisis in Sri Lanka has been salvaged and Sheikh Hasina returning for the third term in Bangladesh has been a huge relief. A new dynamic equilibrium has been struck in Nepal.

Relations with Bhutan remain as warm as ever. Though not in the limelight, we seem to be quite clear about our position in Myanmar. But, most significantly, the role India can play in Afghanistan is being recognised by other players with a stake in Kabul — notwithstanding Trump’s library remark. He can disparage Modi (like he does with many world leaders and his own predecessors) — but the US can no longer ignore India.

India is more active in the Middle East than before, with active channels open to the Arab world. We can deal with Iran in full public view without being apologetic about it — but the real jewels in Modi’s foreign policy cap are the relations he has forged with Israel and Japan. No one can miss the energy and vibes between Modi-Netanyahu and Modi-Abe. No one can miss the energy and vibes between Modi-Netanyahu and Modi-Abe. (Photos: Reuters)

Pakistan will always be a thorn in India’s side.

No matter whether it is Sharif or Imran, it will always be the Pakistani Army and its deep state that will call the shots. Therefore, it would be disingenuous for anyone to claim they could have handled the situation better. Political posturing and gamesmanship on Kashmir are fine, but there is no easy solution. If there indeed was any, this state of things would not have festered for so long. It is going to be like an unending game for the foreseeable future.

All this assumes importance in the run up to the Lok Sabha elections.

From Day One of Modi’s premiership — when he took the unprecedented step of inviting SAARC leaders for his swearing in — to his monogrammed pin-striped suit, the Opposition has not missed a chance of lampooning him to undermine his image globally.

The Congress did not hesitate to ridicule Modi’s China policy at the height of the Doklam crisis.

But, if anything, Modi has emerged stronger from those trials and trysts. Sabka Saath: Modi has made brave, unconventional moves in foreign policy right from the day of his swearing-in. (Photo: PTI/file)

As the profile of world leaders are changing, Modi, as a first-generation Prime Minister, also brought a fresh perspective, with no past baggage or old affiliations. There was considerable clarity and transparency in his approach. He was far more decisive, not constrained by the contradictions of a disparate coalition. This has helped Modi forge personal equations with key players around the world.

To that extent, Modi has succeeded in much of what he had set out to achieve for himself on the external affairs front in 2014. Many of his friends, with notable exceptions like the cricketer across the border, would like to see him back in 2019.

While everyone will be watching the outcome in May 2019 with bated breath, Modi has succeeded in establishing that India is no longer a 'one party' democracy.

Gone are those days when foreign powers felt comfortable dealing with only one family.

India now has a real alternative.

Post your comment
#NDA, #Travel bills, #Foreign policy, #Narendra Modi
The views and opinions expressed in this article are those of the authors and do not necessarily reflect the official policy or position of DailyO.in or the India Today Group. The writers are solely responsible for any claims arising out of the contents of this article.