Understand Narendra Modi: Because he understands us

Whatever the outcome of Lok Sabha 2019, one figure has been the central issue of this election, so much so that even BJP's identity has been entirely subsumed in one man, Narendra Modi.

No one can deny that Narendra Modi is a hugely popular figure in India.

Here’s why — he combines machismo with being an unapologetic Hindu emblem and many Indians in the Hindi heartland see him as the man who has taken India to its natural destiny of being a Hindu nation in spirit, if not law. But there’s more to it than that and here is a breakdown of the psychological manner in which Narendra Modi has made himself the central figure of this election.

The image that Modi himself chose to leave the country with, as Campaign 2019 ended, may have been mocked for being false on social media. But the 'sanyasi in the cave’ went down well with the average citizen in the Hindi belt that believes in the essential idea of an all-compassing leader who, at different times, reveals different dimensions of his persona.

The exact details and facts of what went into that Kedarnath trip and the photo opportunity are not what many people care about; the believers absorb an image that gratifies their notions of the world and reinforces their prejudices — and Modi understands that.

That image of Modi wrapped in saffron touched all those subliminal button — saffron, sage, penance, service and so on. Modi has always choreographed his own journey, while his deputy Amit Shah mans the booths.

Very quickly in his first term, Modi shifted gears from being a free market economic liberaliser to understanding that in a poor country like India, people want more and not less state (except for those at the top of the economic pyramid). This was his own understanding of the country independent of his economic advisors.

He is not, however, a fan of economic policies that enable people to find their own path. He has become a creator of infrastructure or schemes where for every benefit, Modi must be remembered. Be it a gas connection, remember Modi gave it, got a small amount of cash in the bank balance, it is Modi’s gift, used a clean toilet, hey, that’s Modi again.

Modi is BJP and Modi is India for the believers.

It is indeed impressive that in five years, the man from Gujarat is embedded in the minds of people in Uttar Pradesh — it’s not the BJP or Ram Mandir but Modi who is remembered by those who intend to vote for the party. Across travels in east Uttar Pradesh, when I sought directions to public utilities, I would be pointed by villagers to brand new structures with the words that Modiji built it. In the past, if anything good came their way, they would credit Mai-Baap sarkar. Now, it’s just Modiji.

The toilets were clean and well maintained, so, thank you, Modiji. 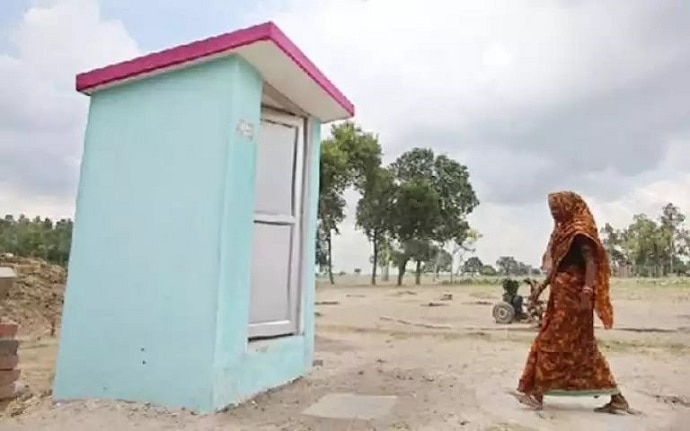 Thank you, Modiji: The Swachh Bharat Abhiyan has increased access to toilets in India. The comfort is identified with Modi. (Photo: PTI)

For those who support him, Modi is, besides being a strongman who made it on his own, also now the benevolent giver of unimaginable gifts, few delivered, some on their way. And wait, give him another chance and he will give more.

These are the factors beyond the much-analyzed Hindu-Muslim division in UP (and other parts of India) that is indeed the backdrop to the soaring persona of the Absolute Leader. The belief is that Modi is the only leader who can keep Muslims (and Pakistan) in check and in some places, that does count. Hatred for Muslims is now a permanent drug in the veins, but at times, the BJP finds it tactically more sensible to keep the dosage low.

By UP’s standards, I do not rate 2019 as a particularly polarized election. It’s there in the back of some minds (the resentment towards Muslims) but it is also important to add a few caveats. The Hindu-Muslim faultline has always been there, even before the BJP’s pre-eminence in state and country — but 2019 is not playing on the same pitch as 2014, after the 2013 Muzaffarnagar riots. 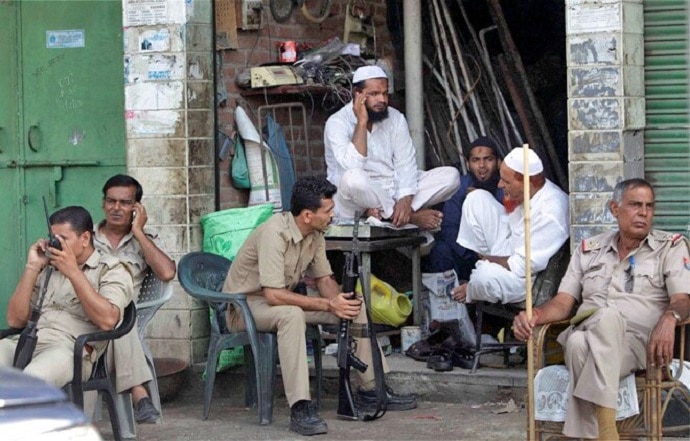 Polarised, but not like then: The 2013 Muzaffarnagar riots were termed "the worst violence in Uttar Pradesh in recent history". (Photo: India Today)

But the other caveat to add is that this is not the only social division: across UP, it’s always par for the course to find very strong caste divisions: in election tours of UP, I found Chamars who were voting against Thakurs, Brahmins against Bhumihars while the usually antagonistic Jats and Dalits were uniting. The paramount question that will impact the verdict from Uttar Pradesh on May 23 is how the caste equations have played out — and if Modi has again transcended conventional barriers.

Whatever happens, it’s clear that one figure has been the central issue of the election. As a consequence, a large party’s identity has been entirely subsumed in that of One Man.

That is ultimately not good for the structural health of the BJP — although it may give the appearance of working for now.

Also read: Exit Polls 2019: 5 strong takeaways on the BJP and PM Modi from the results