What to expect from Modi's meeting with Xi Jinping in China

Experts say there will be no 'joint statements' or signing of 'agreements' after the meeting between Indian prime minister and Chinese president.

There is an old Chinese proverb, "Pearls don't lie on the seashore. If you want one, you must dive for it." Prime Minister Narendra Modi has certainly taken the plunge, but will he find the pearl? The "informal" summit meeting, to be held on April 27-28, is being touted as one that will "reset" ties between India and China. There were several high-level exchanges and meetings between the two nations before the announcement about Modi's visit was made which shows how carefully both sides treaded before getting a fix on this visit. Chinese foreign minister, Wang Yi, was in Delhi in December for the Russia-India-China ministerial-level meeting, the Chinese vice minister Guo Yezhou's visit in March was followed by foreign secretary Vijay Keshav Gokhale and national security adviser Ajit Doval visiting Beijing.

Finally, bilateral meetings were held between the external affairs and defence ministers of both countries on the sidelines of the Shanghai Cooperation Organisation, which finalised the details of the meeting between PM Modi and Chinese President Xi Jinping.

While both foreign minister Wang Yi, who is also now China's special representative on boundary talks, and external affairs minister Sushma Swaraj emphasised that Modi's trip to the Chinese city of Wuhan will mark a new start in the bilateral relationship which was seriously strained by a 73-day military standoff between the two armies in 2017. While this is positive start, the two sides are yet to work out on the deliverables.Former foreign secretary Subrahmanyam Jaishankar termed the Modi-Xi meet a "bold" move. He said, "It's certainly a very bold step. The fact that they have agreed on an informal summit shows that the two leaders realise the importance of this relationship."

Many experts are, however, sceptical about what this visit could entail. The last two visits of Modi coincided with skirmishes at the border. "While making efforts to progress our relations in diverse areas, we underlined that maintaining peace and tranquillity in the India-China border areas is an essential pre-requisite for the smooth development of bilateral ties," Sushma Swaraj had said in a joint press statement with Wang after the meeting. But, when it comes to the real issue at hand, the special representatives will continue to look for a permanent solution.

The views on the outcome are varying. While some are calling it "optics", others do not consider it a "political risk" because there will not be much that will come out of the visit. 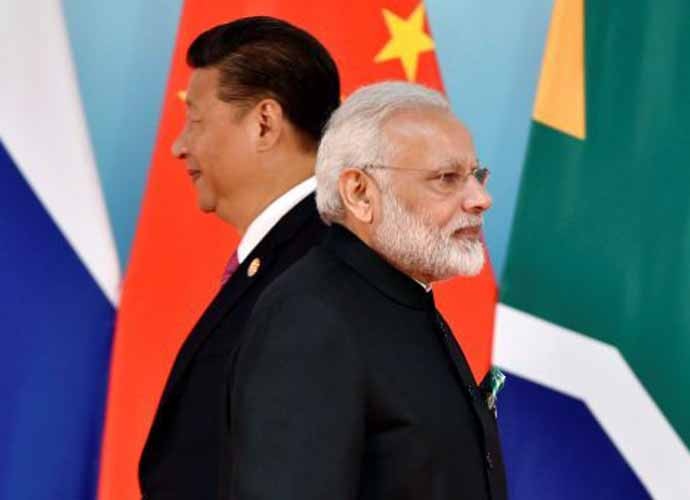 National security expert, Bharat Karnad, speaking to India Today said, "It will just be a meeting to try and see if they can try to bridge the differences especially the border dispute and hydrological data sharing issue."

Sources have told India Today that there are going to be no "joint statements" or signing of "agreements" after the meeting between Modi and Xi.

A source said, "The objective of this meeting was not to come out with a pre-negotiated set of agreement but to have clear communication at leadership level. It is going to be broad-based, overarching and not specific in its content."

While the leaders would focus on the "vision" for the future, officials on both sides have engaged each other on the sticklers, one such area being the Belt and Road Initiative (BRI), which China has been pushing India to be a part of. But India has made it amply clear that till the China-Pakistan Economic Corridor (CPEC), which runs through Pakistan Occupied Kashmir (PoK), is a part of Xi Jinping's "dream project" and violates India's "territorial integrity", it is out of consideration.

Will China abandon its all-weather friend Pakistan for India? If not, then there is nothing to gain from an "economic" conglomerate that compromises India's territorial integrity and national security.

More importantly, as Bharat Karnad put it, "If China insists on 'One China' policy and India is accepting of it then why does India get fobbed off by China when she insists on a 'One India' policy. India has been acutely aware of the Chinese sensitivities when it comes to Tibet... to the extent that events to mark the 60th year of the Dalai Lama's entry into India was kept a low-key affair. India should insist the China recognises 'One India', which includes the undivided state of Jammu and Kashmir. It has to be a two-way stream."

"I conveyed our appreciation to the Chinese side for their confirmation on the resumption of data sharing on Brahmaputra and Sutlej rivers in 2018 as this issue has direct relevance for people living in those areas," Sushma Swaraj said at the joint media event with Wang after their talks on Saturday, April 21. With changing global dynamics and the need to engage key players in all the regions, South Block has chosen to realign its strategic interests. Dipping ties with Russia, trade concerns and unpredictability of the Donald Trump administration are some major factors to nudge India back to "resetting" ties with China, without "offsetting" relations with America. "American policy is to further their interests and not yours. This simple thing is not understood by the Indian government. Now you're going about alienating old friends like Russia and so on. And the Americans are entirely unreliable," said Karnad.

The issues that both sides, India and China, should focus on are: The huge trade imbalance between the two nations, unequivocal support in counter-terrorism efforts, backing India's membership bid in the Nuclear Suppliers Group (NSG), forward movement on border, respect and space for all players in the neighbourhood and the region.

For Prime Minister Modi, it is a personal political risk. The last time he took such a risk was on December 25, 2015. He flew on a surprise visit to Pakistan as a special to show solidarity and friendship with Nawaz Sharif.

The brief friendship ended with the Pathankot attack. That was then... Modi had time to combat the criticism.

Ahead of an election year, this is a risk that Modi is taking. But risks decide fates of leaders. This could be a calculated one that might just work in his favour if he has a clear game plan in place.

Between India and China, there is no low hanging fruit. It is a tough terrain to work on. As long as Modi and his advisers know the terrain, there will always be some outcome. The US and China will only look out for their own national interest. India cannot pin her hopes on someone to fight her battles. Diplomacy is about leverage. India has to balance her relations with all key players and optimally use her leverages to further Indian interest and agenda.

Risk comes from not knowing what you are doing: Warren Buffett.

#Sushma Swaraj, #India-China Ties, #Xi Jinping, #India China border dispute
The views and opinions expressed in this article are those of the authors and do not necessarily reflect the official policy or position of DailyO.in or the India Today Group. The writers are solely responsible for any claims arising out of the contents of this article.