No, Yeddyurappa is not Vajpayee. Karnataka polls has exposed BJP

In the entire saga, Rahul Gandhi showed political maturity by delegating the work to the right people.

No sooner had BS Yeddyurappa resign after an emotional speech than the comparisons with Atal Bihari Vajpayee began. While BJP would try to take the moral high ground over Yeddyurappa’s resignation ahead of the floor test, as a witness to Vajpayee’s historic speech, let me tell you, Yeddyurappa is no patch on him. Not on oratory, and definitely nowhere near his morality. Yeddyurappa's emotional speech was difficult to reconcile with the audio tapes released hours before, where he was purportedly heard trying to bribe Congress MLAs. Photo:Twitter

In 1996, Vajpayee resigned in 13 days when he could not muster up majority in the house. He was sad, but assertive. His head was high because he had not indulged in naked horse trading.

Yeddyurappa, on the other hand, tried every dirty trick in the book to get the MLAs to switch over. The infamous mining mafia reportedly worked overtime to get things done. And when everything failed, when he realised he did not have the numbers, Yeddyurappa delivered an emotional speech invoking farmers’ plight and tried to save his face.

Frankly, the sentimental speech was hard to reconcile with his alleged audio tape released hours before, where he can purportedly be heard trying to bribe Opposition MLAs. Sau chuhe khakar, billi chali haj ko.

The audio tapes released by the Congress worsened Yeddyurappa’s perception crisis, irrespective of whether they were authentic or not.  Some even tried to suggest that PM Narendra Modi and BJP chief Amit Shah were unhappy with Yeddyurappa, but it is hard to imagine that the details of the developments were not relayed back to them. 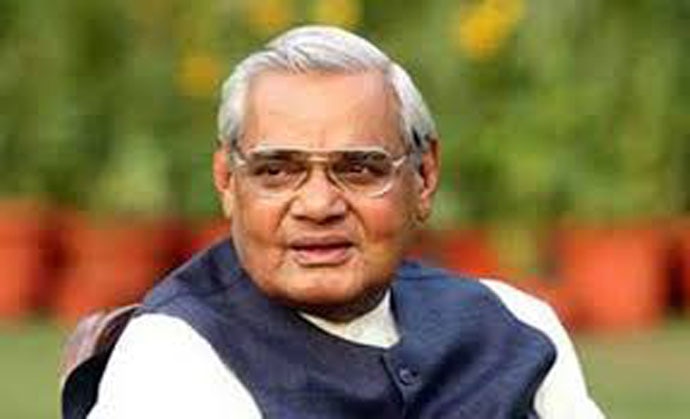 Vajpayee's head was high because he had not indulged in naked horse trading. Photo: PTI

In fact, when asked about how they planned to get eight MLAs to cross over, BJP’s Ram Madhav laughed on a TV channel and said, “We have Amit Shah.” Disturbingly, even the anchors laughed at it. But we have moved over the point where we expect TV anchors to be dignified. However, Madhav’s comment was telling in a way that Shah cannot escape responsibility for the failure in Karnataka. Senior BJP leaders Prakash Javdekar, Dharmendra Pradhan and JP Nadda were overseeing the proceedings.

The hard truth is that the party in power with an image of being invincible could not break the “unnatural” alliance of Congress and JD(S) in spite of all the resources at their disposal. Yeddyurappa and his supporters were so depressed that they did not even wait for the national anthem before walking out of the Assembly.

The adverse outcome for the BJP came even after the situation was tailor-made to suit them. Governor Vajubhai Vala remained loyal to his masters and gave BJP a long rope. Yeddyurappa wanted 7 days to prove his majority, Vala generously bestowed 15.

The Supreme Court struck down the governor’s over-enthusiasm by ordering an immediate floor taste. The SC also cancelled the hasty appointment of the Anglo-Indian member. While the court did not oblige the Congress’ objection to the appointment of a pro-tem speaker, by ordering a live telecast, it ensured accountability of the floor test. It would be safe to say that the SC rightly stalled the BJP’s blatant subversion of democracy. 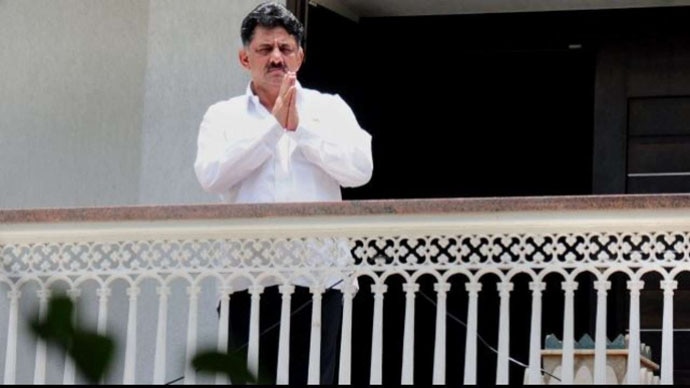 DK Shivakumar, after Gujarat Rajya Sabha elections, once again trumped Amit Shah and showed him he is the boss of Karnataka. Photo: PTI

Much credit to the Congress and its leadership too. The party has often been accused of being too laidback, but this time around, it was prompt. They quickly arranged the letters of supports, approached the SC, and ensured their flock stuck together.

Rahul Gandhi too deserves our praise. If the BJP had succeeded, the media would have gone ga-ga over Amit Shah’s “masterstroke”. Gandhi, here, was smart enough to delegate responsibility to the right people. The developments in Karnataka have brought in an interesting boost for the Opposition parties for the 2019 Lok Sabha elections. In spite of all the efforts, there was no discord between the Congress and the JD(S). To be honest, HD Deve Gowda and Kumaraswamy are not really famous for showing political maturity. This can start a new chapter for the Congress’ relationship with regional parties. It can be the beginning of a federal front.

Chandrababu Naidu, by congratulating Gandhi and Gowda, has even signaled at one. Gandhi, in his press conference, said, “We will fight together.”

The real task, now, is to sustain the maturity in Karnataka till 2019. Not many expect the JD(S)-Congress alliance to last five years. The BJP will try and break the alliance ahead of 2019, and make an example of it, saying that if the Opposition parties can’t even run a state smoothly with a two-party coalition, how will they run the country with several partners.

Irrespective of who succeeds, Karnataka has sounded the bugle for the next round of elections.

Also read: Did BJP come in the way of BS Yeddyurappa winning Karnataka?

#2019 general elections, #Congress, #BJP, #Karnataka
The views and opinions expressed in this article are those of the authors and do not necessarily reflect the official policy or position of DailyO.in or the India Today Group. The writers are solely responsible for any claims arising out of the contents of this article.