Why Modi surrounds himself with incompetent leaders like Khattar and Adityanath

Despite fatal inadequacies of both UP and Haryana chief ministers, their purpose in BJP is to ensure PM’s ‘super man’ image stays intact.

Both have zero administrative experience — the price for which is being paid by the blood of little children in UP as the horrific deaths in the BRD hospital continue unabated (61 children died again in the BRD college in the past 72 hours), and Khattar's serial mishandling of three major crises during his tenure, which has led to the death of nearly a 100 people.

The latest being the violence that set Haryana on the edge as 36 people died in the rioting that wrecked the state after Gurmeet Ram Rahim Singh was convicted of rape last Friday.

Last year, Khattar had mishandled the Jat quota agitation, which led to 30 deaths in three days as Haryana burnt. Before that, another cult head Rampal had a violent standoff with Haryana police in 2014, when six people died.

The other commonality the two greenhorn administrators share is that they have been anointed to their jobs by Prime Minister Narendra Modi. It is at the insistence of the Rashtriya Swayamsevak Sangh (RSS), the Sangh Parivar mothership, that "normalising" the Sangh cadre in top jobs in the government is going on, and that is the reason for imposing Sangh full-timers (pracharaks) at crucial positions, such as CMs. 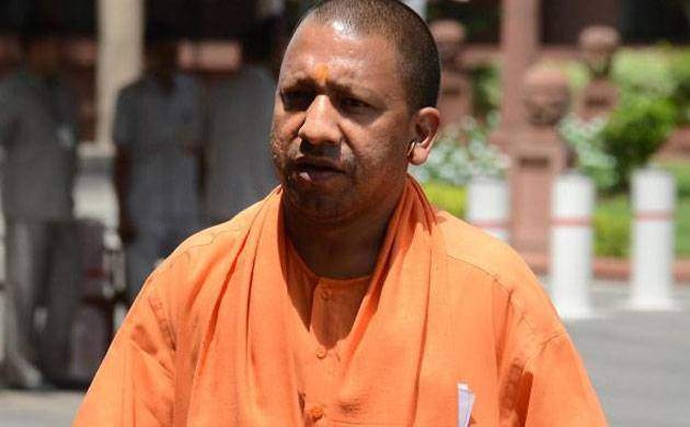 The RSS has decreed that pracharaks need to be in public life irrespective of the consequences.

I spoke to several BJP and RSS leaders while researching for this piece, and RSS leaders had a steadfast belief that a full-time pracharak could do any political and administrative job with absolute competence. Currently, the country is paying a price for this core belief but, it is an article of faith with the Sangh that cannot be trifled with.

That, along with perhaps the steadfast refusal of the various BJP-led governments to accept any mistakes on their part which would entail a sacking and thereby an admission of incompetence, has saved their jobs.

The RSS, which was shunned and treated like a pariah for many decades since Independence, is now revelling in its ascendancy at the top of the political structure. It has its man in Rashtrapati Bhavan, while the vice president is M Venkaiah Naidu – a former RSS full-timer, who has described Modi as an "avatar of God" and the BJP as his "mother". The sense of arrival will be complete when the last edifice of the Nehruvian structure – the bureaucracy – is made to submit to its cadres.

Similar is the insistence that all foreign dignitaries who come to India pay a ritual visit to the RSS-founded and Ram Madhav-led India Foundation, which is constantly organising seminars and dinners for visiting heads of state. It's completely mandatory for the cabinet to be in attendance and the invitees don't really have the option of saying no. This is also normalising the RSS as part of the diplomatic establishment, in fact putting it at the heart of India’s consular outreach.

The process of jobs for these “RSS boys” is ironically an imitation of the earlier establishment created by the Congress, which PM Modi, with his self-professed disdain for "Lutyens’ Delhi", has sworn to dismantle. Instead, the Sangh has created its own. So Khattar, despite his serial missteps, will always be safe as the RSS has too much invested into its "project pracharak".

The RSS view dovetails with the Modi-Shah requirements of subordinating the cadre-based BJP to their own larger-than-life image. Lacking any base of his own, Khattar, a first-time MLA, could not have believed in his wildest dreams that he would lead Haryana. For him, Modi and Shah are the last words, in sharp contrast to mass-based full-time politicians in the BJP fold, such as the three-term Madhya Pradesh CM Shivraj Singh Chouhan, as well as Rajasthan CM Vasundhara Raje – both of whom are not nearly so amenable.

The sense of Modi as a superman looming over a dwarfed and diminutive cabinet which feeds into the "Super Modi" narrative is evident in the significant gaps in the Union cabinet. You have the finance minister, Arun Jaitley doubling up as defence minister for months now. Similarly, Naidu's portfolio of information and broadcasting has been assigned to Smriti Irani, who holds the textiles ministry. Dr Harsh Vardhan has been given additional charge of environment, along with science and technology.

While vague whispers of cabinet reshuffle do the rounds and is likely to happen soon to accommodate new allies the BJP is getting, the message that gets across is that Modi does not need anyone. Far from the PM being the first among equals on which our cabinet system is based, PM Modi has no equal. The message is again of the singularity of a man on a mission without unnecessary systems bogging his exceptionalism down. Modi is now the message and the medium to ensure that BJP wins elections, as was the case in Uttar Pradesh. Yogi Adityanath was sprung on the public after the BJP win. While Modi had talked of good governance, Adityanath stuck to his own agenda and bogus communal narratives, including Romeo squads, love jihad, the debunked Hindu exodus from Kairana, shutting down abattoirs and ensuring heavenly conditions for cows.

After the first tragedy struck Gorakhpur in which more than 50 children died, Adityanath, the incumbent five-term MP from Gorakhpur, wanted "Krishna Janamasthami" celebrated with "pomp and ceremony across governments in UP". He blamed everyone except himself and his government for the death of the little children.

Modi, an MP from Varanasi, kept mum on the tragedy except for an anodyne reference in passing during his Sunday radio show Mann Ki Baat. This, in a state which gave BJP a record haul of 73 out of 80 seats in the 2014 Lok Sabha elections, and 325 out of 403 Assembly seats in the state elections held earlier this year.

The only administrative experience that Adityanath has is running his math and his private militia: the Hindu Yuva Vahini (HYV) set up with a proclaimed aim of safeguarding Hindu interests. The HYV had last year petitioned that the cow be declared "rashtra mata" (national mother).

Adityanath's polarising personality, with his track record of serious criminal cases and hate speeches, suits the BJP perfectly for the big fight of 2019, where Shah expects that majoritarian muscle-flexing and disenfranchising the Muslims who constitute 19 percent of UP electorate will result in a record haul of seats as it did in the Assembly elections.

So, it's teflon Yogi till 2019. No accountability, and certainly as in the case of Khattar, no action against him.

#BRD Hospital, #Yogi Adityanath, #Khattar, #Narendra Modi
The views and opinions expressed in this article are those of the authors and do not necessarily reflect the official policy or position of DailyO.in or the India Today Group. The writers are solely responsible for any claims arising out of the contents of this article.