Listen to the voices that you don’t like hearing. See people you don’t wish to see.

What just happened in Uttar Pradesh? What day in history is this? Has God forsaken us?

You can’t predict a wave, they are saying. Well, you can. If you open your eyes and ears. Like really open. Open to all.

Listen to the voices that you don’t like hearing. See people you don’t wish to see. We don’t need to love them, but we refuse to acknowledge they exist.

We live in the age of confirmation-bias in an information-heavy world. We don’t want to process information that we don’t believe in. We want just enough to confirm what we already believe. And we believe stuff like demonetisation was a suicidal move and find enough voices to amplify our belief. 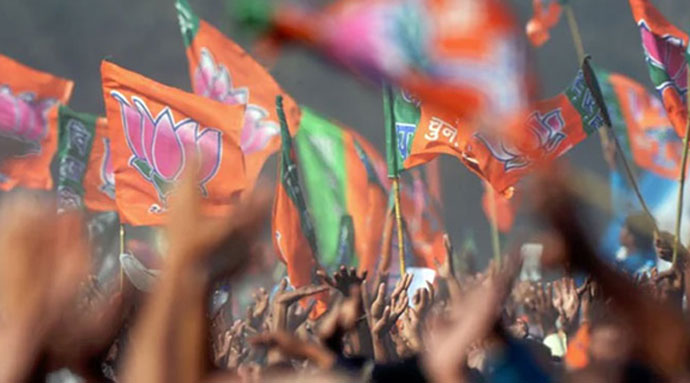 We don’t need to love them, but we refuse to acknowledge they exist.

If we believe an Expressway has changed the perception of a chief minister, we find enough people to say that. And, in case, we find too many people who say demonetisation was a smart move, we find labels for them. Bhakt is a powerful one.

Like, we brand someone a leftist nutcase, because we believe socialism is dead.

Islamophobe, even if the fear is not irrational. Islamist even when all one is arguing is equal rights for a Muslim.

We interact with people we like. We shut out voices not to our liking.

We live in our own echo chambers, our cocoons. Our social media timelines are clean, sanitised of unwanted comments. We promptly block someone who wants to tweet things we do not like.

We persist. They persist.

We follow people we like. We read material that we wish to write. We fight for the right to dissent, but there is no space for dissent in our shrunken world. We fight for democracy but do not like what it delivers. We patronise democracy, we are condescending to its outcome. We despise the gaping chasms in the society, but do not believe the gap would ever disappear. That belief is so strong we often see the gap gaping at us even when it no longer exists.

We believe it’s persuasion not confrontation that resolves differences but we do not want to engage with people we have labelled fascists. We believe every human life is precious, but secretly wish those we labelled fascists should suffer in agony, if not die.

We intensely dislike if the groups that we patronise seek solace in groups we despise. We sincerely believe love trumps hate but we hate Trump from the bottom of our hearts.

We refuse to hear a large section of the society because they are beneath our dignity, below our intellect. They find someone who hears them. Someone finds them. Bastards, we say. And we move on to find new facts, new ideas, new information that confirms our bias. New narratives to comfort us in our cocoons. We other some others, weed out the suspects, we shrink our circle a little more than yesterday.

We are smaller. Small enough to decry the persecution that we perceive, cry injustice that we believe.

Also read: This is why Modi won Uttar Pradesh elections

#Left-liberals, #Modi, #Assembly elections Results 2017
The views and opinions expressed in this article are those of the authors and do not necessarily reflect the official policy or position of DailyO.in or the India Today Group. The writers are solely responsible for any claims arising out of the contents of this article.