What tough election? A Modi wave will sweep Uttar Pradesh. Here's why I say so

While some would have us believe that the BJP is going to suffer big losses in the state, ground reality shows us exactly the opposite.

Rajesh Kumar works as an insurance agent in Pratapgarh district of Uttar Pradesh, where I met him last week during a visit. He belongs to the Dalit community and comes from a modest background. In the last five years, his family has got a house under the Pradhan Mantri Awas Yojana and a cylinder under the Ujjwala Yojana.

He said he is definitely voting for Modi in this election.

Sachendra Singh is a well-off advocate in the same region. He says Modi’s decision to carry out surgical strikes has saved the honour of the country. He thinks India is safe in Modi’s hands — and he too is voting for Modi this time. 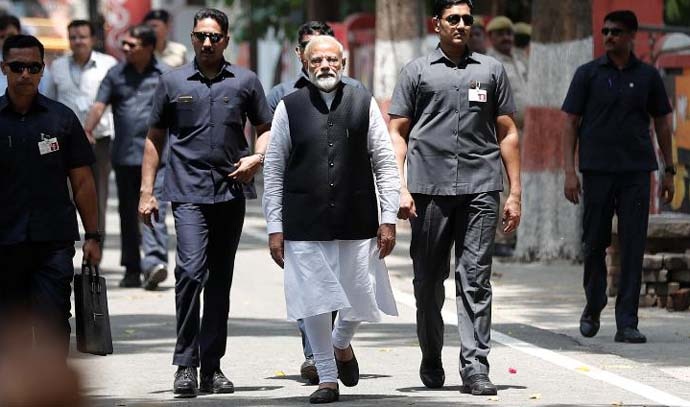 Walking through history: Modi's personality cult is stronger than ever before. His personal integrity remains beyond question. (Source: Reuters)

In this region of Uttar Pradesh, people swear by Prime Minister Narendra Modi — many have been beneficiaries of his schemes and many others admire his decisive leadership. His personality cult is strong and his personal integrity is unquestioned.

This is a complete contrast from the feelers you get sitting in Delhi, where you are often told that 2019 is a tough election and that it’s hard to say which way the electorate will swing.

What you are not told is that the huge cult following of Narendra Modi that came to light in the 2014 elections has become even stronger in 2019.

The opposition feels it can bundle away this electorate by labelling them ‘bhakts’ — but the fact remains that they exist and in huge numbers.

You are also not told that the Modi government’s multiple schemes have created an actual populace of beneficiaries who are now his natural campaigners. BJP president Amit Shah has frequently said that over 22 crore people benefitted in the last five years from various central government schemes. While we wage unending debates about the said figure, its best validation comes when you visit people at ground reality.

At a meeting of intellectuals in Kanpur, nearly 200 km away from Pratapgarh, a senior doctor declared that Ayushman Bharat is one of the biggest health schemes in the world and the biggest safety net for the poor — she said the scheme had benefitted not only the poor but also hospitals and doctors.

Another few kilometres away, at a peda shop in Fatehpur, Bola Pandey told me he was going to vote for Modi because his son could get the benefit of 10% reservation for the economically backward section (EWS). 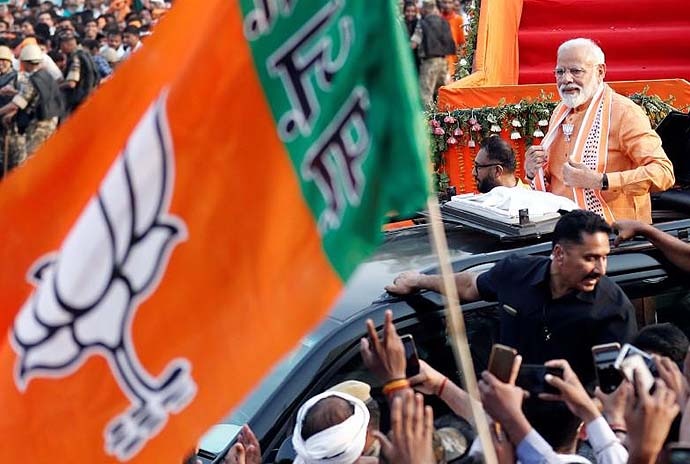 The lotus will bloom: Owing to the Modi wave which is going strong in Uttar Pradesh. (Source: Reuters)

The reasons are many but the assertions in Uttar Pradesh are overwhelmingly the same. While some would have us believe that the BJP is going to suffer losses in the state, there is nothing on the ground that stands for this premise.

Security is a topic which comes up often when you speak to people about elections here. There is a strong sense of pride in the confidence and decisiveness displayed by the Prime Minister in his dealings with the troublesome neighbour. The counter arguments of the opposition with regard to this find no currency.

Moreover, there is hardly any talk of an alternative.

The alternatives propped up in the form of the Mahagathbandhan have failed to convert into a discourse that people can identify with. The opposition’s message is completely lost here as is their perceived unity. On the other side, Modi’s campaign is strong and visible. Even as I was touring the region, active campaigning was on for the rallies of Manoj Tiwary and Piyush Goyal. The counter buzz was too feeble and its visibility was too low.

People who said they are going to vote for Modi also said that he deserves a second chance — his image of a hard-working Prime Minister is intact in the minds of these voters and they believe that he will be able to bring about big changes, given another term. Because he stands alone: The opposition has been able to produce no match for Modi, in terms of ideas or personalities. (Source: Reuters)

The narrative that emerged in the form of Narendra Modi on one end has no comparision on the other end of the opposition. Perhaps multiple voices and mixed messages have left the voters confused. The ideas of the NYAY scheme have not reached the masses and it seems people have nothing to compare Modi’s promises with. Similarly, there is no discussion about the BSP-SP alliance on many seats. The populace of UP that usually takes great interest in political developments seems hardly enthused by this tie-up.

What people do seem enthusiastic about is Narendra Modi. They are willing to defend him, even if he is not there to defend himself. They speak for him even when he cannot speak for himself. Modi, in effect, emerges as the message, the medium, and the discourse.

And, with no equivalent challenger, he is all set to get a walkover.

Also read: Not Only From Sonar Bangla: Why, for the first time in its political history, West Bengal is warming up to a non-Bengali leader

#Lok Sabha elections 2019, #Ujjwala yojana, #Uttar Pradesh, #Narendra Modi
The views and opinions expressed in this article are those of the authors and do not necessarily reflect the official policy or position of DailyO.in or the India Today Group. The writers are solely responsible for any claims arising out of the contents of this article.