With a brute majority of 303 seats, what exactly is Modi's Muslim outreach trying to achieve?

In September 2011, Narendra Modi had refused to put on a skull cap. When asked why, Modi said, "I don't bluff people by wearing a cap, or getting clicked." In 2019, Modi is reaching out to minorities with 3E's — education, employment (or self-employment) and empowerment. 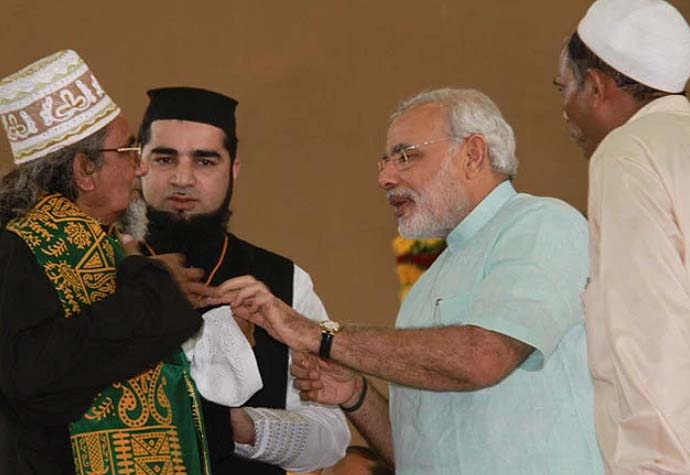 He is now publicly stating his intention to embrace Muslims politically. He is asking his party legislators to do so too.

Of India's 1.3 billion population, 14% practice Islam. In absolute terms, this is a community with 180 million individuals.

So, is Modi trying to tap into this vote bank to consolidate the BJP's victory?

Truth be told, there is no such thing as a Muslim vote bank in India. Even in 2014, when the Muslim vote should have been the most polarised, the community voted for different parties in different states.

On the other hand, a small section of Muslims have always voted for the BJP. In 2019, that number increased substantially as 36 constituencies in Uttar Pradesh with substantial Muslim presence were won by the NDA-BJP. The BJP won 62 seats, down from 71 in 2014, but increased its vote share from 42.63% (2014) to 49.6%.

The welfare schemes Modi launched won him Muslim votes in many parts of India. True to his slogan, 'Sabka Saath, Sabka Vikas', government schemes did not discriminate between people and people — as they never should.

But why is Modi now trying to win Sabka Vishwas? With a brute majority of 303 seats, what more is Modi trying to achieve?

To understand this, let's step back a little and answer why Modi did not spell out his plans for Muslims before the elections. The BJP until recently has been dependent on the Rashtriya Swayamsevak Sangh (RSS) cadre's support for door-to-door campaigning. It was this aggressive canvassing that helped Modi storm to power in 2014. This is not to say that his personal charisma didn't play a role — but a 282-seat win requires more than just personal charisma.

An overtly pro-Muslim stance back then could have antagonised the cadre and so, it's likely this is why Modi only raised issues of Hindu-Muslim equality here and there. A closer look at his kabristan versus shamshaan speech makes it clear that Modi did talk about equality earlier too. But the underlining theme of Modi 2.0 so far seems to be a Muslim outreach.

Sample this — Minority Affairs Minister Mukhtar Abbas Naqvi, who is tasked with implementing these outreach programmes, has announced that the Centre would connect madrasas to mainstream education, so that children in madrasas can also contribute to the development of society.

The government has also announced five crore scholarships for students belonging to minority communities — 50% of which would be given to girls. Muslims form India's largest minority group, so they stand to gain the most due to this scheme.

Soon after his recent victory, Modi made public his dream of seeing Muslim youth carrying the Quran in one hand and a computer in the other. He also accused the Congress of fooling Muslims.

Modi is a formidable electoral force today, one that is taking the BJP to greater heights. He is liked by many but also strongly disliked by many others. Time recently called him 'The Divider-in-Chief'.

Modi's urge to be a unifier is therefore that much stronger. 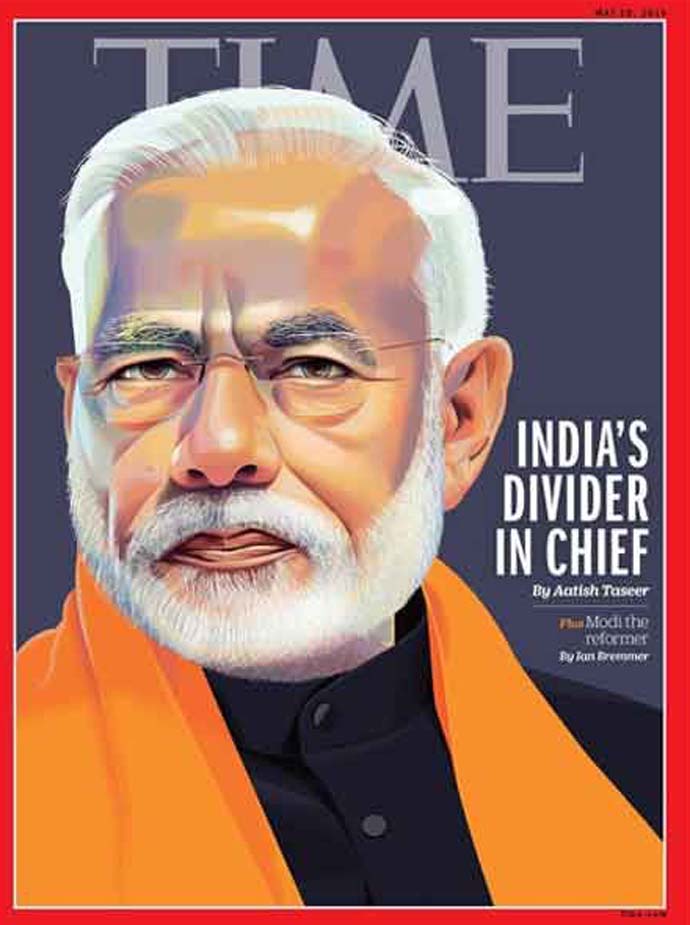 Who wants to remain satisfied with mere liking when there is a possibility of reaching out for adulation, even love and embracing it? Modi surely doesn't. He does seem bothered about his legacy. But he is not one to let bothers bog him down. He knows how to work on them.

He has power — now, he clearly wants respect, not just from one section but from across sections. From Hindus, Muslims, Sikhs and Christians, as an able administrator who doesn't fall for tokenism but delivers solid ground work to make lives better.

The government is working on changing the educational curriculum. Religious education across faiths cannot remain isolated from this transformation. Many in India have believed that madrasa education must reform too. Modi is showing the way on how to do it.

So, far the only voice who has opposed this plan from within the community is that of Samajwadi Party leader Azam Khan, which shows that Modi is actually well on his way to get what he wants — love over liking.

#Madrasa education, #Muslim education, #Minority appeasement, #Narendra Modi
The views and opinions expressed in this article are those of the authors and do not necessarily reflect the official policy or position of DailyO.in or the India Today Group. The writers are solely responsible for any claims arising out of the contents of this article.