Not Modi vs Rahul, but Bharat vs India will define real battle of 2019

A sense of entitlement afflicts Indian politicians. UPA chairperson Sonia Gandhi is a victim. So is her son Congress president Rahul Gandhi. So are Prime Minister Narendra Modi and BJP President Amit Shah. 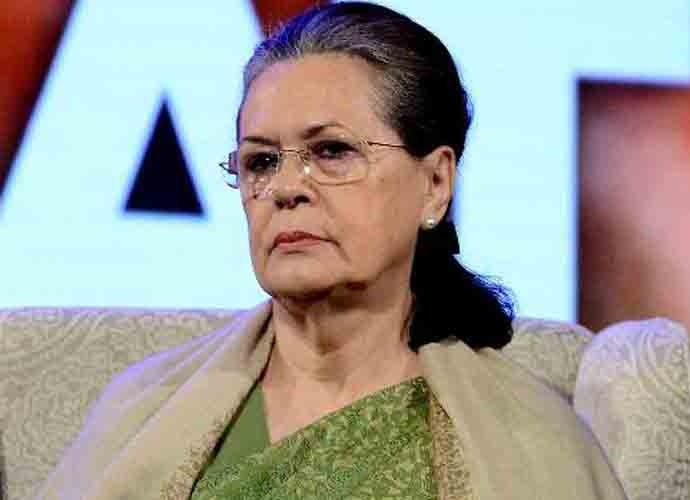 At the India Today Conclave last week, Sonia declared: "We will not let them (BJP) come back to power in 2019," as if proclaiming a royal decree.

Modi tries to be humble most of the time but his hubris occasionally shows. For example, it was thoughtless to not take Andhra Pradesh chief minister Chandrababu Naidu's phone call for 16 hours even after two TDP ministers had resigned from the Union Cabinet or at a function to walk past senior BJP leader and mentor-turned-critic LK Advani without acknowledging him. Advani's anguished expression said it all.

BJP president Amit Shah does not even try to hide his hubris. This story may be apocryphal but when the BJP's then political strategist Prashant Kishor asked him following the party's stunning victory in the May 2014 Lok Sabha election, "what after May", Shah reportedly replied, "June". Kishore left the BJP but after unsuccessful stints with the Congress and SP may return to the BJP fold ahead of the 2019 Lok Sabha poll.

With the four protagonists - Sonia, Rahul, Modi and Shah - suffused with hubris, the election campaign for 2019 will be long and brutal. But make no mistake: The first dose of venom that has poisoned Indian political discourse was injected by Sonia in 2007 with her maut ka saudagar taunt. To call a sitting chief minister the "merchant of death" opened the floodgates to political abuse. It was soon the new normal. Just as it pioneered feudal dynastic politics (now embraced by every regional party), the Congress pioneered invective in India's political lexicon.

Sonia was also the first politician in the Congress to shrewdly recognise in 2007 the threat Narendra Modi posed. Modi was then a relatively unknown chief minister. But Sonia saw in him 11 years ago some of the same qualities she herself possessed: ruthlessness, cunning, decisiveness. The Congress can taunt the prime minister and pretend it is banter. The leaden-footed BJP responds with rage, bereft of ameliorative cadence.

BJP's Assam leader Himanta Biswa Sarma last week called Rahul Gandhi a "feudal lord". For someone as steeped in privilege as Rahul, that's not an insult. In India being a feudal lord is not, for feudal lords, a bad thing.

Sarma's choice of words reflects the unequal battle between the Congress' India and the BJP's Bharat.

The Congress takes its feudalism for granted. It isn't embarrassed - though of course it should be - that one family has usurped a 133-year-old party. Feudalism breeds both arrogance and ignorance. It is this hubris which allows Sonia to say artlessly that she can envisage a future Congress with a non-Gandhi president. But as she knows perfectly well, since its founding in 1885 the Congress has had 60 presidents; 54 of them were not Nehru-Gandhis. The six who were: Motilal Nehru, Jawahalal Nehru, Indira Gandhi, Rajiv Gandhi, Sonia Gandhi and now Rahul Gandhi.

How is the "idea of India" different from the "idea of Bharat"? The BJP's Bharat has a chip on its shoulder. Culture minister Mahesh Sharma wants to recapture India's "glorious past", which in itself is harmless enough, but an anachronism when it is the future that interests India's young. The Congress' India in contrast is a colonial construct: feudal, entitled and presumptuous. It is long past its sell-by date. As I wrote in The Times of India (January 18, 2013), "In 1947, Mahatma Gandhi, freedom achieved, wanted to disband the Congress and form new political organisations to contest free elections. Sardar Vallabhbhai Patel agreed. Pandit Jawaharlal Nehru did not. Nehru's view prevailed. In 1969, Indira Gandhi split the Congress to sideline the syndicate of regional satraps led by K Kamaraj and S Nijalingappa. The organisational and state-level decline of the Congress began in 1969 though Mrs Gandhi's 1971 election victory and the euphoria over the Bangladesh war disguised it for years.

"Nehru inherited a colonial administration. After independence, it continued to serve the government in power. Colonial laws had been written to often protect British injustice, not deliver justice to Indians. Many remain cast in stone 150 years later, delaying and denying justice to ordinary Indians. Yet, Nehru did not impose chief ministers on states. The party's local organisation was given a relatively free hand to choose regional leaders. Indira Gandhi reversed that policy. She imposed state chief ministers, suspended intra-Congress elections, dismissed opposition state governments under Article 356, and undermined the judiciary."

If the Congress wants to re-establish its connect with Bharat's electorate, it will need to shed not only its feudal skin but make Sonia Gandhi's declaration come true: a future Congress without a Gandhi as either party president or prime minister. The last time that happened in recent decades was in 1992-1996 when PV Narasimha Rao was both prime minister and Congress president.

The Rao-led economic reforms transformed India. His was the new Congress that could have created a new India. Sadly but typically, the Congress has disowned Rao and that is why its idea of India is so deeply flawed.