University is not the enemy, HRD ministry. You are

JNU will hold firm, like it did during the Emergency.

Almost all societies cherish their universities.

Universities are the receptacle of knowledge, leading to further types of knowledge and wisdom. But in countries where the political and bureaucratic elites are uncertain of their power, they seek to mould universities like most knowledge reservoirs to their own purposes.

This is also true of the central universities and institutes, like JNU, University of Hyderabad, BHU, AMU, the IITs and the IIMs, which are sought to be controlled by the Union government of the day. The Sangh Parivar has already made its intensions clear about the "minority", example Muslim institutions like Aligarh Muslim University and Jamia Millia Islamia, which it hopes to change to its own purposes.

This notwithstanding, it appears that led by one of the least lettered HRD ministers in our history, there is an attempt to cut down the powers of minority institutions. She has already insulted the vice-chancellor of AMU. 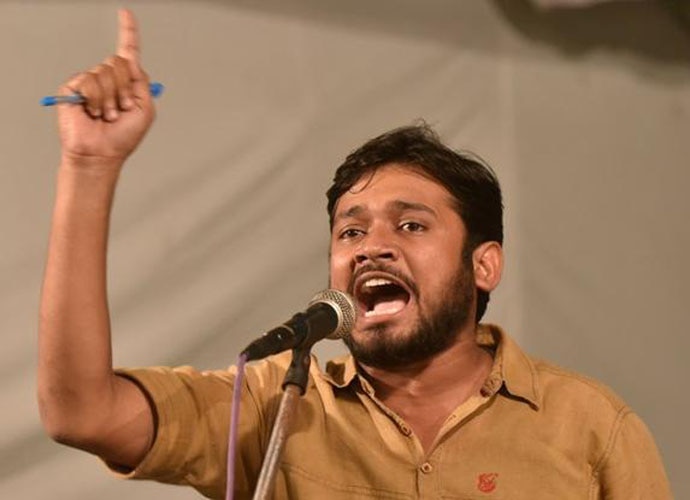 But the central universities are also under assault. The brazen intervention by the BJP MP and Union minister from Hyderabad in his letter to the MHRD against the Dalit students of University of Hyderabad is unprecedented. The MHRD minister when asked on which law or statute she had intervened in an autonomous university, she reportedly mentioned the Central Universities Act of 2009, which was never passed.

JNU was attacked on February 9, when students, including some from possibly from Kashmir, shouted very radical slogans, including breaking up India, allegedly shouted by outsiders who were masked. Three JNU students were arrested for sedition and jailed for weeks. One, in particular has made a mark as a voice of the educated youth, Kanhaiya Kumar, president of the JNU Students Union (JNUSU). JNUSU vice-president Shehla Rashid Shora has also emerged as a star orator speaking up for the new generation of students and their aspirations.

But justice no longer comes quickly in JNU. Though a high level enquiry committee (HLEC) was set up in the university in February, its findings have not yet been made public by the vice-chancellor (V-C) and his team. Students who spoke for relevant issues as most do are now awaiting the punishment that might be meted out to them.

The V-C, a new appointee with little experience, has little time for the JNU Teachers' Association headed by a senior professor, and even less for the JNU Students Union. In the meantime, other strange and previously unknown things have happened. Ever since February 9, OB vans and TV teams have been denied entry in JNU.

While the V-C's team issues statements, some inadequate even misleading (like the missing HLEC), the teachers and students are not allowed to speak to TV teams inside the JNU campus. This is a violation of a major Fundamental Right, Article 19 (a), "All citizens shall have the right to freedom of speech and expression."

By denying access to the media that they themselves enjoy, the university is discriminating against the JNU faculty and students. They are also muzzling this medium which is supposed to be used by the people to expose scandals and calumny from Right-wing political parties including the ruling coalition.

If our people cherish knowledge and core values of the Indian Constitution, they must rally around the universities and the students and faculty whom these universities have produced. In June 1975, when the onslaught of Emergency targeted JNU we held firm. Some were jailed, others were sternly punished. We did not yield.

We will hold firm even now.

#Hyderabad University, #JNU, #HRD Ministry, #Smriti Irani
The views and opinions expressed in this article are those of the authors and do not necessarily reflect the official policy or position of DailyO.in or the India Today Group. The writers are solely responsible for any claims arising out of the contents of this article.