Toilet, a PM katha: How that seat beat Modi’s big schemes in impact

The toilet scheme could have won Modi the hearts and votes of women.

The excruciatingly long and polarising election campaign is over. The results are a couple of days away but the exit polls have dropped a broad hint about who will be sworn in to govern India for the next five years — and who will be left swearing. Conventional political wisdom suggests, and rightly so, that nothing could exorcise the demon of no-gain notebandi compounded by an all-pain GST that foxes filers with fickle fluidity. Social cohesiveness is cracking under the pressure of a poison that pervades all walks of life. There is no reason Narendra Modi could get anything but a definitive drubbing.

Yet, the exit polls tell a different story.

The TV debates will dissect the numbers and pundits will pontificate about just what brought Narendra Modi back when the economy is in trouble, unemployment has breached crisis-level and farm distress has worsened.

They will attribute it to the Modi media blitzkrieg, the election machine named Amit Shah, the diverted discourse, arithmetic, chemistry and, of course, the post-Pulwama national security doctrine. Some will drag in Uri, the film, and Namo TV, the mysterious channel, the North Koreans and so on.

Most will underestimate the power of the toilet, Indian-style — the singular redeeming scheme of the Modi government.

Targeted at women even as detractors quarrelled about how the Swachh Bharat Abhiyan had failed. Remember, the execution of the scheme has been so mired in monumental corruption at the lower levels that the toilet scheme can be declared a failure, technically. 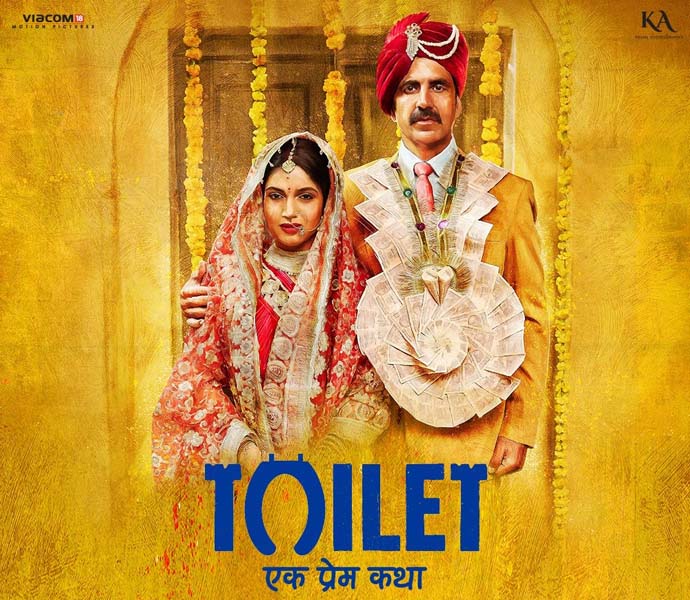 PM Modi's scheme captured the imagination, and the emotions, of many. (Photo: Twitter/ @ToiletTheFilm)

That large numbers of these toilets aren’t even used for the designated purpose, that very few got the Rs 12,000 that the government disbursed per toilet as village pradhans and babus at block-level snatched their shares from the rightful beneficiaries, that whatever little money reached the target wasn’t enough to build a decent toilet. And, of course, the good old ‘Where is the water to wash?’

The voters have flushed these arguments down the toilet, exit polls suggest. 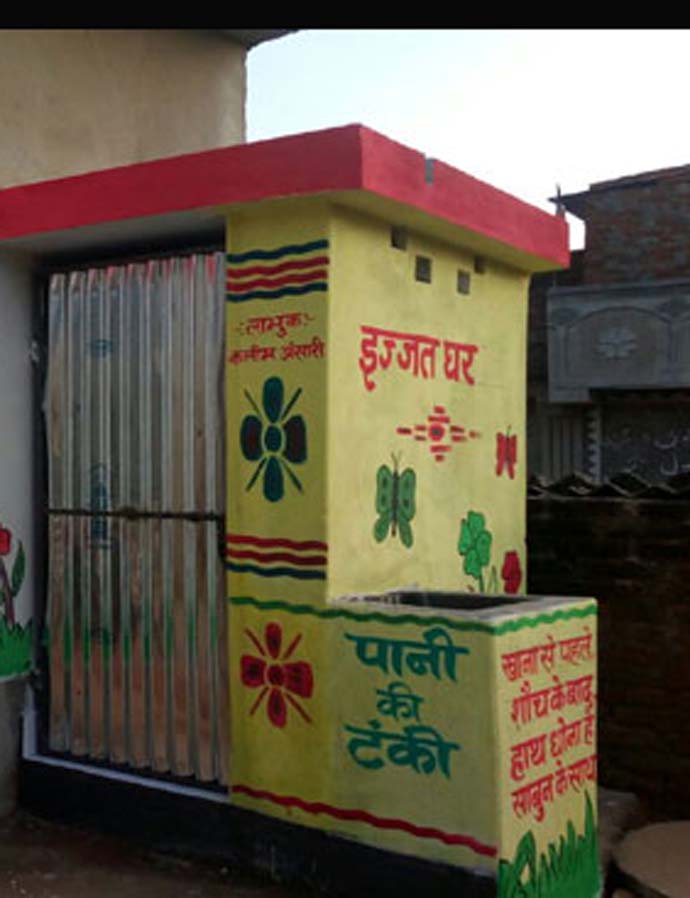 It’s not just a toilet. It is a thought — a powerful one. (Photo: PTI)

It’s not about money — it’s the thought that counts. It’s about izzat. In the heartland, the government-financed toilet is actually named 'Izzat Ghar'. Honour is a big deal in societies where people die and kill for it. Women had to hold it till it was sundown or wake up before dawn to empty their bowels.

Nature’s call thus wasn’t what the body ordained but depended on sunlight — rather, the absence of it. In many areas, women had to ‘go' in groups to avoid getting pawed by wild animals or, worse, by men. They risked getting bitten by snakes lurking in the dark or scorpions scurrying around their feet. In places where women do not show their faces to village elders, they had to face the ignominy of being seen half-naked by the same village elders, out to answer the same nature's call.

People with the privilege of having a toilet at home could never understand the shame attached to it.

Women suffered pain and shame because men, often their own, cared little about this basic need, even as they squandered their hard-earned money on cheap booze.

Modi at least thought about it. 'Modi ne socha toh' — this was the overwhelming sentiment as my colleagues from the Lallantop went to remote places during their election coverage. They were not getting down to the nitty-gritty of whether the scheme failed or succeeded. They do not know about the bureaucracy and its insatiable greed. They hardly care about the Modi government’s successes and failures on various fronts. All they cared about is izzat — and izzat in the hinterlands supersedes all emotions. 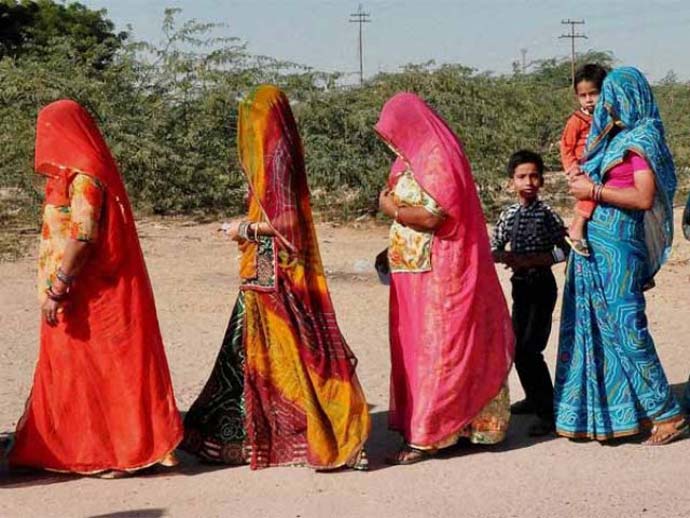 'Izzat' or honour means all in rural india. And rural women suffer the pains of izzat most of all. (Photo: PTI)

To vote is an act of emotion. The data and punditry is cold calculation of carefully crafted debates in newsrooms. Voting is an act of heart. Narendra Modi’s Izzat Ghar touched the hearts of women, coupled with the Ujjwala Yojana that gave gas cylinders to the poor household. This again can be declared a failure, technically, because most beneficiaries cannot even afford a refill and go back to the conventional chulha. The bottom-line yet again: 'Modi ne socha toh' (At least Modi thought about it.) They blame themselves for lacking the resources to get that refill — but they credit Modi for at least thinking about the fumes their lungs suffer.

Now, top that with the housing scheme and rural electrification under Saubhagya. Many villages have seen light and hundreds of thousands of people got pucca houses, however basic, for the first time in their lives. These people invariably belong to the lowest of the lower castes, the poorest of the poor, who were denied a power connection because they could not afford it.

In fact, people of upper castes already had these amenities and that widened the socially inherited gap between them and the lower castes. The former are considered voters of the BJP. The latter are conventionally considered voters of caste groupings that call themselves political parties.

The power line, the gas cylinder and the toilet made them equal at that basic level. To be considered equal is no less than a revolutionary act in modern, democratic India. (Photo: DailyO)

These schemes ignored caste/community as the defining unit. May 23, if exit polls are proved right, will show the voters too crossed caste boundaries to stand up and be counted. Arithmetic isn’t the be all and end all of democracy. There are tangibles that count.

Can toilets save democracy? Can Ujjwala protect our institutions? Can pucca homes bring polarisation a notch down? Will the samman-nidhi dole pull farmers out of perpetual distress? Will Saubhagya light up the minds in the grip of this new darkness of orthodoxy? Did the opposition fail to highlight the jobs crisis in its campaign? These are all legitimate questions and concern us all.

Do, however, note the whataboutery in this. Because to the average voter, a democracy that couldn’t provide toilets to millions in the 21st century is worth saving or not is a question. Your institutions have failed if a mother has to inhale toxic fumes as she cooks for her child. If you have been promising people equality for decades and not delivered the equality of having a roof above their head, these ideals belong to the loft in the poor’s newly-built pucca home that awaits a proper door.

And maybe, just maybe, once their homes are lit, the darkness will give way to light as their children bob their heads up and down, reciting lines like Tamso ma jyotirgamaya and/or kun faya kun.

Post your comment
#Toilet Ek Prem Katha, #Toilets, #Lok sabha exit poll, #Lok Sabha elections 2019
The views and opinions expressed in this article are those of the authors and do not necessarily reflect the official policy or position of DailyO.in or the India Today Group. The writers are solely responsible for any claims arising out of the contents of this article.