We can expect both the leaders to keep this in mind in chartering their course.

It would seem so, if we take a holistic view of how China has been viewing India's international initiatives since Prime Minister Narendra Modi came to power.

Condescending, conceited, contemptuous or confused - these words may well describe China's web journal Global Times' (GT) editorial choice of words - such as "smug", "self-centred" and "self-righteous", to describe the conduct of India and its media during the Nuclear Suppliers Group (NSG) plenary meeting in Seoul recently.

To be honest, at times many Indians also feel their government and media are being smug, self-centred and self-righteous.

Calling names is no big deal for Indians; someone or other does it all the time against the government, at times even abusively.

Also read - Poor Sushma. Modi, Doval and Madhav have made a mess of foreign policy

The national and international electronic and print media revel in publicising it to increase their audience count.

The Right to Information Act often helps them in this regard by providing access to government's decision-making process to dig up the dirt.

But these luxuries are denied to Chinese citizens; they could be arrested and jailed for expressing caustic views on the government. The same fate awaits Beijing media pundits who voice their dissent.

So joining a slanging match with the mouthpiece of the Communist Party of China (CPC) would be a pointless exercise.

However, dismissing the op-ed as a rant would be missing the point that China's state-controlled media invariably reflect CPC's views unofficially.

At the face of it, the editorial on NSG may not deserve the huge attention the Indian media gave it. But if read in the context of President Xi Jinping's address at the CPC's 95th anniversary on July 1, 2016, it has a different connotation. 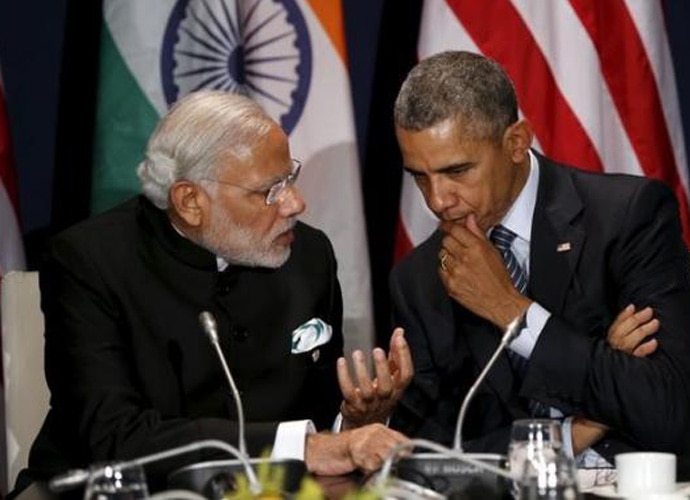 Some questions need to be answered to understand the Chinese mind about India's assertive foreign policy dispensation.

Why did Global Times write the peevish piece when China had actually succeeded in blocking India's entry into the NSG?

From the GT editorial's defensive title - "Delhi's NSG bid upset by rules, not Beijing", China appears to have been taken by surprise when most of the NSG member-nations supported India's application even though it had not signed the NPT "as required by rules".

No wonder, Beijing has pulled up Wang Qunits, its chief negotiator and director general of the arms control division, for failing to drum up enough support for China' stand against India's entry.

A few years ago, people would have laughed at the idea of China, the biggest nuclear proliferator that helped Pakistan and North Korea clandestinely to develop their nuclear weapons, quoting "rules" of international conduct at the NSG.

But now that China is a global economic power, it probably feels it can quote "rules" to other nations just as the US and Soviet Union did when it suited them in the Cold War days.

Even as China talks of "rules" of conduct to India, it is testing the validity of UNCLOS "rules" in South China Sea by increasingly flexing its naval muscles to support its claim to the whole of the South China Sea and the illegal domain it has created in reclaimed land in the sea.

China is also probably irritated at the US for helping India to become a full member of the Missile Technology Control Regime (MTCR), when its own application to join this group is yet to be accepted.

As MTCR member, India can now access advanced missile technology, which would enable it to develop the nuclear triad faster. No wonder, the op-ed chides international community "spoiling" India.

Is India's assertive foreign policy intruding into China's power projection in South, Central and West Asia and Indian Ocean a reason for its concern?

With the signing of the Chabahar port and communication project agreement with Iran and Afghanistan, India is poised to improve its land and rail access to Central Asia. President Xi's "One Belt One Road" (OBOR) project has improved region's connectivity to China.

India also has recently joined the Ashagabat agreement to enhance the scope of the Chabahar trilateral project in improving connectivity between Central Asia and Persian Gulf.

By becoming a member of this agreement, India would be able to utilise the existing transport and transit corridor to increase its trade and commercial interaction with Eurasian region.

Though these are not new initiatives, after the sanctions on Iran were lifted, India has activated them only now. So China may see India's entry into the region more in competitive than strategic terms.

However, they do lessen the incentive for India to join the OBOR.

Recently, India became a member of the Shanghai Cooperation Organisation (SCO) at the Summit meeting in Ufa in Kazakhstan.

While the Chinese foreign minister had welcomed India and Pakistan joining the largely Central Asian grouping, a Chinese commentator - Zhang Wenwei - struck a note of caution in an opinion piece in the Global Times on June 27, 2016.

He said: "The inclusion of India and Pakistan may bring into the SCO their long-existing disputes over territorial and religious issues and disturb the organisation's efforts to carry out the principle [of consultation-based consensus]."

This would indicate a latent concern in Chinese minds on the membership of India and Pakistan diluting the SCO's focus on Central Asia.

Is China getting nervous at the increasing bonhomie between India and the US and its allies who are providing it space in their strategic discourse, adding to its military capability?

India has successfully leveraged its geostrategic autonomy to benefit from the US' strategic shift of focus from the Atlantic to the India-Pacific to benefit from its relations with the US. The US has also reciprocated this.

As a result, President Barack Obama and Prime Minister Modi have embarked upon giving form and content to the US-India defence cooperation agreement, which was in a limbo for nearly a decade.

In April 2016, the two countries have announced their in-principle agreement to conclude a Logistics Exchange Memorandum of Agreement (LEMA) one of the foundation three agreements for greater defence cooperation.

The other two are Communications and Information Security Memorandum of Agreement (CISMOA) and Basic Exchange and Cooperation Agreement (BECA).

Also read - NSG may be a failure for Modi, but MTCR membership a big win for India

Both countries have also agreed to set up a new bilateral Maritime Security Dialogue between the officials of respective defence and foreign ministries to improve their cooperation.

These agreements would help the Indian armed forces, particularly the Navy, to operate far from home to protect India's increasing global interests and assets.

The US has also become number one defence supplier to India.

PM Modi, in his latest visit to Washington, has further firmed up strategic defence partnership with the US. President Obama supported not only India's application for NSG membership but also reaffirmed the US support for India's early membership of two other nuclear clubs: the Australia Group and Wassenaar Arrangement related to nuclear proliferation.

The US commitment to India was evident when US under secretary for political affairs Tom Shannon visited New Delhi after India failed to gain entry into the NSG.

Shannon said the US was "committed to having India join the NSG. We believe that through the kind of work we have done, civil nuclear agreement, the way India conducted itself, it is worthy of this".

In an obvious reference to China's opposition to India's entry, he added: "We understand that in a consensus-based organisation, once country can break consensus. But in order to do so, it must be accountable, not isolated."

By all indications, India-US strategic cooperation is poised to become deeper and multi-dimensional in the coming years.

Inevitably, China would become increasingly uncomfortable with the growth of India-US strategic relationship, given the mutual sensitivity of relations between the two giant neighbours.

However, at present both India and China seem to understand each others' strategic compulsions; this has helped them to be pragmatic, rather than emotional, in their relations.

China has strengthened its political, strategic and economic relations with Pakistan with the signing of China-Pakistan Economic Corridor (CPEC) agreement that envisages Chinese investment of over $40 billion in the next ten years.

As the CPEC progresses China's potential to become an intrusive influence in the confrontational relationship between India and Pakistan will increase.

This could disturb the delicately balanced India-China relations more than the effect of India-US strategic convergence.

Is China is getting ready to bracket India with Japan and the United States in its strategic horizon?

Use of acerbic language in Chinese editorials is normally reserved for Japan and less frequently for the US when "provocations" become intimidating. Probably in China's eyes India is yet to reach the stature of a big power like Japan or the US to be bracketed with them.

But apart from growing India-US strategic cooperation, some of India's activities in South China Sea and its proximity have deepened China's concerns about India.

These include India-US-Japan navies conducting the Malabar exercise off the Japanese coast, though this was not the first time Indian Navy had conducted the exercise in the same vicinity.

Also read - How India can stop being bullied by China

But the strategic context now has changed with the increase in US-China confrontation in the South China Sea. The US and Chinese military aircraft are flying too close for comfort and US warships are sailing suspiciously close to Chinese installations in disputed islets.

India's decision to sell BrahMos cruise missiles to Vietnam could also be interpreted as an affront by China, though China has been the main source of arming India's bête noir Pakistan.

To summarise, Modi is articulating his Indian dream through policy initiatives just as Jinping is doing to turn the Chinese dream a reality.

As both the leaders are stubborn and their visions are grandiose, it is inevitable their interests would intrude into each other's domain. This could test the two leaders' ability to handle any crisis in their relationship.

We can expect both the leaders to keep this in mind in chartering their course.

Post your comment
#Narendra Modi, #Xi Jinping, #NSG, #India-China Ties
The views and opinions expressed in this article are those of the authors and do not necessarily reflect the official policy or position of DailyO.in or the India Today Group. The writers are solely responsible for any claims arising out of the contents of this article.