If you had put to even the most experienced of Beijing’s top strategists eight months ago that China’s all-powerful President Xi Jinping would be breaking with protocol, leaving his Beijing bastion, and flying half-way across the country to welcome India’s prime minister, you would have been laughed at.

It was only last August that the Chinese government was publicly reminding India about the lessons of 1962. But such is the nature of the India-China relationship — and its unpredictable ups-and-downs — that we are now talking about a strategic rapprochement that would have been unthinkable last year amid the 72-day border stand-off at Doklam.

The announcement that Prime Minister Narendra Modi will travel to China on April 27 and 28 for an unprecedented informal summit with Xi, in the city of Wuhan on the Yangtze river (where Mao once hosted foreign leaders in his private villa, now a tourist site) was delivered Sunday evening in Beijing.

When external affairs minister Sushma Swaraj and her Chinese counterpart Wang Yi came out of their hour-long meeting at Beijing’s Diaoyutai state guesthouse, the media knew it was not business as usual, given the elaborate arrangements for a press briefing (itself unusual in China where ministers don’t take questions on a frequent basis).

The visit is being seen in Delhi and Beijing as a “bold” move by both sides to reset ties, but it is not without risks. “It is certainly a very bold step,” former foreign secretary S Jaishankar told ANI. “The fact that they have agreed on an informal summit shows that the two leaders realise the importance of this relationship,” he said. 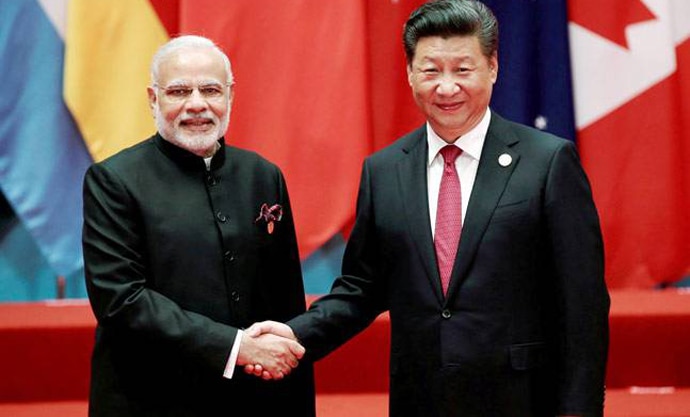 Jaishankar added, “They have taken on the responsibility themselves on putting it on a better course… I think what is different about this particular summit would be that it is an informal summit so the meeting will be in a very informal and casual environment. The agenda would be open, they’ll spend a lot of time over two days and there’ll be different kind of conversations, which would be much more personal and much more interactive in comparison with the formal meetings.”

Travelling to China for a summit meeting with President Xi — that too only a month before an already scheduled June trip for the Shanghai Cooperation Organisation (SCO) security summit — is certainly a bold move by PM Modi.

Both leaders are approaching the summit with different motivations. For India, stabilising relations with China at a time of global uncertainty could yield dividends, both from attempting to avoid frictions ahead of an election year and also maximising the economic dividend from the world’s second-largest economy when it is embroiled with a trade spat with the United States and seeking alternative options.

For President Xi, he is keen to show his statesmanship at the start of his second term — and how could he be a global statesman if his relations with his biggest neighbour were fraught? — and that he has allies in his Modi and Xi move fast to reset ties PM Narendra Modi and Chinese President Xi Jinping. Sushma’s Hindi-Chini diplomacy tense battle with the West over trade, with China and the US on the brink of a trade war.

Their different objectives, however, won’t matter all that much if they can find some much-needed common ground on the banks of the Yangtze.