The apex court has asked Centre to decide if 'Jana Gana Mana' should be played in cinema halls.

It's not surprising that the Supreme Court has had more than second thoughts on its interim order of November 30, 2016, when it directed all movie theatres to play the national anthem and display the national flag on the screen before the start of every film show.

A bench of justices Dipak Misra and Amitava Roy had also said that everyone present in cinema hall should rise up and pay respect to the anthem when it is being played.

Now, on October 23, a three-judge bench led by Dipak Misra, who is now the chief Justice of India, has virtually recalled its interim order by passing the ball to where it belongs - the central government.

The unanimous order reads, “Having heard learned counsel for the parties for some time, we think it appropriate that the central government should take a call in this regard and, if necessary, as advised, may bring out the requisite modification or circular or rules. When we say 'take a call', needless to say, the discretion has to be exercised without being influenced by our interim order.”

It is just as well that the top court has seen and understood the pitfalls arising from its interim order - thanks to justice DY Chandrachud’s posers from the bench, quite at variance to the "views" of the CJI as expressed in the interim order. 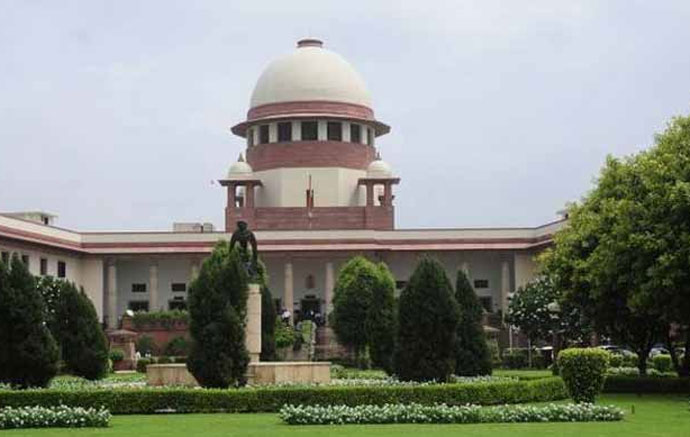 Justice Chandrachud asked: “Tomorrow, there may be a demand to stop people from wearing shorts and T-shirts while going to cinema halls, because national anthem is being played... Where do we draw a line? Where do we stop this moral policing?”

He went on to add: "Why should we assume that if you don’t stand during the playing of national anthem, you cease  to be patriots?"

It appears that the same petitioner, Shyam Narayan Chouksey, who had obtained similar orders 13 years ago from justice Dipak Misra, who was then chief justice of Madhya Pradesh High Court, got a seal of approval from him as judge of the Supreme Court as well. Quite a curious path for such a "sensitive" litigation involving emotional capital of the citizens.

Honestly, the Supreme Court may have a lot to learn from the passage of these proceedings and the orders it has now come to pass, handing over the baton to the executive to "take a call". In the first place, with a burgeoning docket explosion crying to be attended to, these are not issues that the top court needs to wade into at all. It is a "call" for the state to take.

More importantly, the sheer impracticality of the enforced implementation of the interim order was too obvious to be missed, giving scope for imagined and other grievances at the "disrespect" to Tagore's song and citizens being hauled up in avoidable litigation.

Thankfully, justice Chandrachud’s open and intellectual intervention, sportingly conceded to by the CJI (as he is reported to have been chuckling during these posers) may have saved the day for realisation to dawn.

Just to draw an analogy, right now in the United States, we have the spectacle of National Football League players - all sporting icons, kneeling during anthem, in protest against the "police brutality and racial inequality". Typical of his "bigoted bravado" as some say, Donald J Trump has waded into a controversy to even call the players disparaging names and mocked at the NFL owners for not taking "action against tall players". Of course, in the US, the First Amendment to Constitution mandating free speech is wide in amplitude, including "even the right to burn the national flag" as held in Joey Johnson and Eichmann cases, by the SCOTUS  and the efforts of the US Congress to "legislate a ban" has been thwarted by the Senate, with its last attempt in June 2006.

Surely, an issue as dear as the national anthem, with a parliamentary legislation already in place, ought not to have its echo in the apex court, as being beyond the "call" of its remit. It would, therefore, seem that the ball is now rightly in the court of the central government, which has to take a "call".

It would be abominable to complain of judicial overreach when the Supreme Court has chosen to let go its hold, and even then the central government chooses to abdicate its accountability.

Can we then blame the top court for judicial activism beyond the call of its constitutional remit?

Post your comment
#Justice Chandrachud, #Dipak Mishra, #Movie Theatres, #National Anthem
The views and opinions expressed in this article are those of the authors and do not necessarily reflect the official policy or position of DailyO.in or the India Today Group. The writers are solely responsible for any claims arising out of the contents of this article.