Why the New Education Policy 2020 is full of loopholes

The NEP 2020 does not address the issues of multi-linguism, eliminates testing the knowledge of students and seeks the impractical promotion of home languages.

As a lot of people gather to applaud the much-awaited changes in the educational policies, here are a few points that everyone needs to consider. This is a critique of only the main points. The New National Education Policy (NEP) 2020 document is very comprehensive. The actual and accurate critique would be a long document in itself.

Being a teacher and a parent, I ask all the governments across 73 years of Independence — why is education such a joke in our country? Before declaring policies, I wish experienced and knowledgeable linguists and educationists had been consulted.

To make India a vibrant educational hub, one needs to take steps forward and not backwards. We need to compare our education boards with international boards. People lagging need to be brought forward. However, we are doing the opposite. 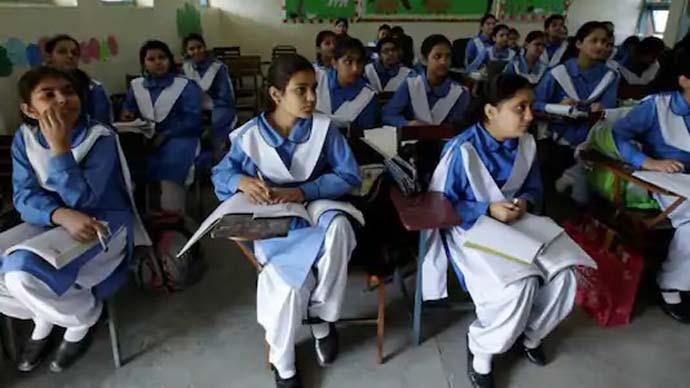 The New National Education Policy 2020 is a step backwards and not forward. (Representative photo: Reuters)

I wish all the fantastic tales that are spun in the educational policies and frameworks would come true and I hope we soon realise that we need proper implementation, teacher training and RTI to ensure proper usage of resources. Emotional adherence to national progress may be fatal as logicality and practicality are completely overlooked.

With knowledge and experience in both, education and linguistics, here I point out the loopholes in the main points of the NEP 2020.

Have we ever wondered about the existing status of vernaculars? In the Maithili Department of my college in Patna, there was only one teacher and two students back in 2003-2006. One of the texts in BA (Hons) was probably written by a retired professor of the same college. There is not enough literature in the vernaculars. Creating all that in two months, publishing, and not to forget, training the teachers in that language is almost an impossible task, considering the pre-existing knowledge of the relevance of education in India (which is in the tertiary sector). I am presently teaching in a school in Uttarakhand and have zero knowledge of the Pahadi language. Will then, someone be appointed to teach me that? And what about students coming from afar? I have students in my classes who are Punjabi, Bihari, Tamilian and from so many other linguistic backgrounds. Who will tend to their mother tongues? Is this not widening the diversities? Diglossia is a condition where two languages can be easily used — one at home and one in the official settings. India is under that situation since the British Raj. Under no circumstances are we running the risk of making English the national language. It will only remain the link language and perhaps the official language, unlike America.

Using the mother tongue also means a lot of translation. And it also directly means wastage of the books available in Hindi and English.

If till Class 5, students are communicating in their mother tongues, do we start with the basics of English, in Class 6? Language development incorporates listening, speaking, reading and writing — in short, surrounding yourself with the language completely. The base of the link languages will be very weak, considering Hindi will be used for connecting for even those from the North-Eastern states, from the South and others who will not know Hindi anyway, and probably fall back on English again for almost every white-collar job, legalities and official communication. English, which is being transformed into an optional language from Class 6. That would indeed lead to greater impediments in communication.

The eminent schools will anyway not give up on English, and the gap would be wider between the influential and weaker sections. A lot of households depend on school education for learning the international language, English. Imagine the kind of impairment that will we witness.

2. Sanskrit to be mainstreamed

We proudly state that Sanskrit is called the mother of all languages. However, all literature that we have in it is ancient. Can you imagine the time that will go in updating it to the present needs? Do you know the Hindi equivalent used for the word “hospital”? It is “haspataal”. This is called a ‘borrowing’, to use the linguistics terminology. When a certain concept is not available in a particular language, that term or word is directly borrowed in the native language. Countless borrowings will happen in Sanskrit, which will eventually take out the essence of the language.

Again, new literature development will be required. What about teacher-training and availability of as many teachers to teach it as a mainstream language?

Sanskrit is the ancient language of the Hindu religion. Most of the literature available in Sanskrit is religious. Do we mean to teach Hindu religious texts across religions? Education is the right of every Indian. It is an umbrella under which every individual should feel safe and identify with the prevalent system. India is a secular state.

Unlike English and Hindi, Sanskrit is a scientific language with tables and declensions. I doubt if everyone can learn that. It is a classical language. Even the Buddha preached in Pali to be able to reach out to the masses.

English is an international language not just owing to colonisation, but also its capacity to incorporate changes which it has been doing since 450 AD. It grows from different soils over the world and we no longer ape BRP (British Received Pronunciations). Rather, we proudly use our GIE (General Indian English) as we have several Englishes on the global scenario.

3. English as optional till Class 8

In the global scenario, one does not need to stress more about the need for the English language. True, it all came due to colonisation, but even the Chinese are spending a lot of funds, resources and labour on learning the language. We have at least one advantage against them and we are sacrificing even that.

Language acquisition happens at an early age and if even formal teaching is done in the mother tongue, how can one ever have a confident hold on an optional language?

If English is to be bid goodbye, I hope the government realises that it means that all official work also needs to be done in mother tongue in the coming years. What about the Constitution? Till date, for passing a Bill in the Parliament, quite contradictorily, the ministers have to utter the ‘ayes’ and ‘nays’ which very clearly is copy-pasted from the British Constitution. For self-reliance at this level, we first need to train the teachers who are the torchbearers of education. A lot of funds will be required for teacher training, translations, publishing and so on.

Examinations are not just for checking a student’s potential, but a touchstone — a check and a preparation for education and life. If the foundation is laid thus, the future is definitely under question. Eliminating annual examinations from junior classes is not the solution. A more sensitive approach needs to brought about in parents and teachers to instill this life skill in children.

5. Board Examinations will become holistic and easier

In addition to the already-suffering syllabus of CBSE and State Boards and lack of competent teachers, this will ensure the standard of education falling further in the country. After Thomas Babington Macaulay and Kapil Sibal’s policies, NEP 2020 will have an equally catastrophic effect on Indian education.

For the nation to progress, there are numerous other important issues to be dealt with logically and practically. Population explosion is one such factor. Infrastructural loopholes and logistical issues need to be dealt with. Language should not impede the progress of a nation. Needless to mention, we have to reach the masses first. Patriotism is loyalty towards the welfare and progress of our nation and not blind support of recreating the past. Culture and language are ever-growing phenomena. We learn new lessons every day and change our mindsets based on new experiences and knowledge. Let us live in the present, prepare for the future and have good memories of the past. John Dewey, an eminent educationist once said, "If we teach today as we taught yesterday, we rob our children of tomorrow."

Also Read | Totally in the dark: Draft National Education Policy 2019 doesn't do much that's needed by children with challenges